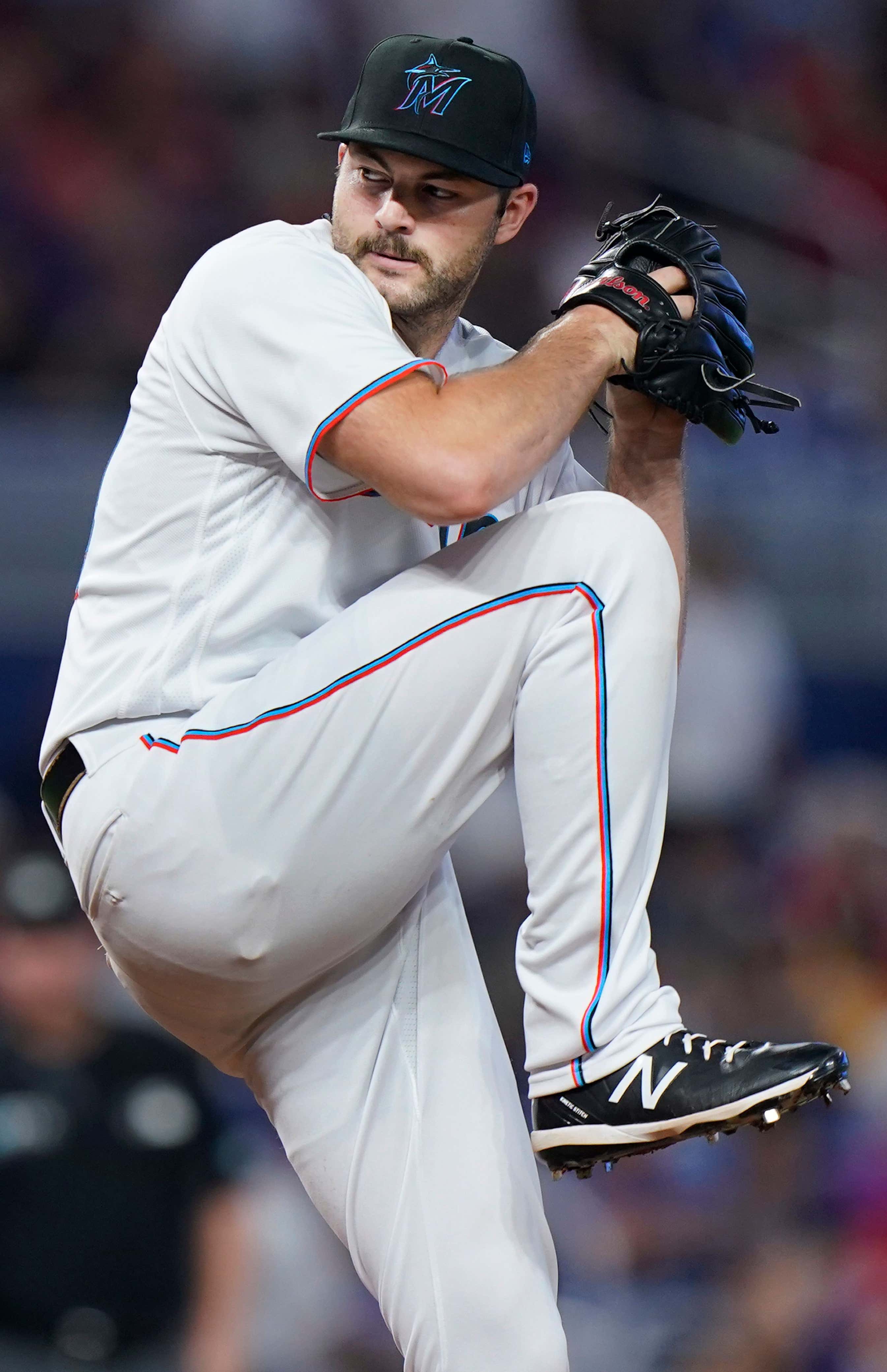 I went to the Sharon Heights Elementary School in Massaschusetts with Harris Fishman, who we called Hutchy. Back in the day, as soon as we were assigned to a Little League team and got our caps, we immediately began wearing them to school every day. I was on the Pirates, and Hutchy was on the Cubs. I remember admiring those blue caps, and Hutchy put the perfect bend in the brim of his, and he looked damn good in it!

Hutchy and I graduated from Sharon High School together in 1974, and when he married Cindy, a girl I knew from Sharon, and they bought their first house in Sharon, I became their plumber. I did a lot of work for them when I was in business for myself, and I always had fun no matter how difficult the job was. Nothing beats working for old friends.

In 2013, their son Jake, a southpaw who pitched and played the outfield for Sharon High School, was named a First Team Hockomock League All-Star and made the Massachusetts All-Star Team his senior year.

He wasn't recruited out of high school by a Division I school, so Fishman instead went to Division III Union College in Schenectady, NY, where he played baseball for the Dutchmen.

In his freshman season, Jake went 7–0 with a 2.29  ERA with 49 Ks in 63 innings. He was named Division III Upstate Baseball Pitcher of the Week after pitching a no-hitter in only his second college start (March 29, 2014). When he wasn't pitching, Fishman played first base and designated hitter, batting .400 with 24 RBI and 12 stolen bases. In the off-season, he played for the Brockton Rox of the Futures Collegiate Baseball League.

In 2016, during his junior season, Fishman led all college baseball with an 0.41 ERA (filthy!). He started nine games and pitched 66 innings with 85 Ks, only 11 walks, and just three earned runs! He was named the Liberty League's Pitcher of the Year, Player of the Year, All-Liberty League First Team both as a pitcher and as a utility player, and a D3baseball.com All-American. The Toronto Blue Jays selected Fishman in the 30th round of the 2016 Major League Baseball draft, the first baseball player ever drafted by MLB in Union College history.

Team Israel coach Jerry Weinstein had been Fishman's coach when he played for the Wareham Gatemen of the Cape Cod League in 2016, and Fishman was on the roster for Team Israel at the 2017 World Baseball Classic in South Korea. 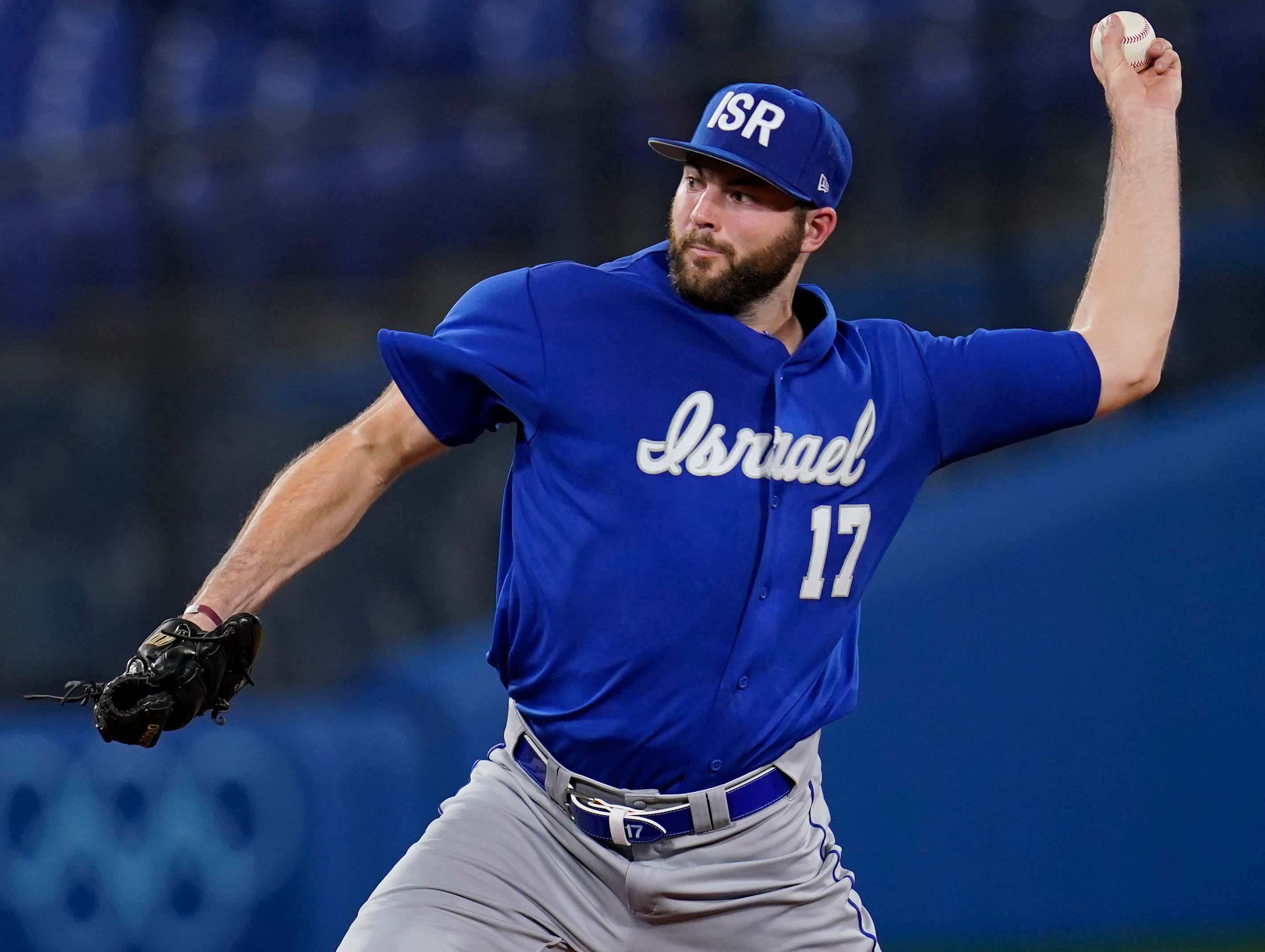 In 2019, Fishman obtained Israeli citizenship and tried out for Team Israel, one of only six teams that qualified to participate in the 2020 Summer Olympics in Tokyo, which was canceled due to the pandemic, and wasn't played until 2021.

In 2020, the minor leagues were shut down by the COVID-19 pandemic and Fishman, like all the other minor league players, did not play organized baseball. Despite not playing, he was selected by the Miami Marlins in the AAA phase of the 2020 Rule V Draft.

Fishman, originally a reserve pitcher for Team Israel, ended up getting the call and became one of 25 players chosen for the Israeli Olympic Baseball Team. The final roster included several players with major league experience like Ian Kinsler, Danny Valencia, and Ryan Lavarnway, to name a few. Team Israel had a win against Team Mexico, but after losses to Team South Korea and Team Dominican Republic, they didn't bring home any medals. When asked about the Olympics, Fishman was quoted in The Daily Gazette as saying, "They were the most intense games I’ve ever been a part of." 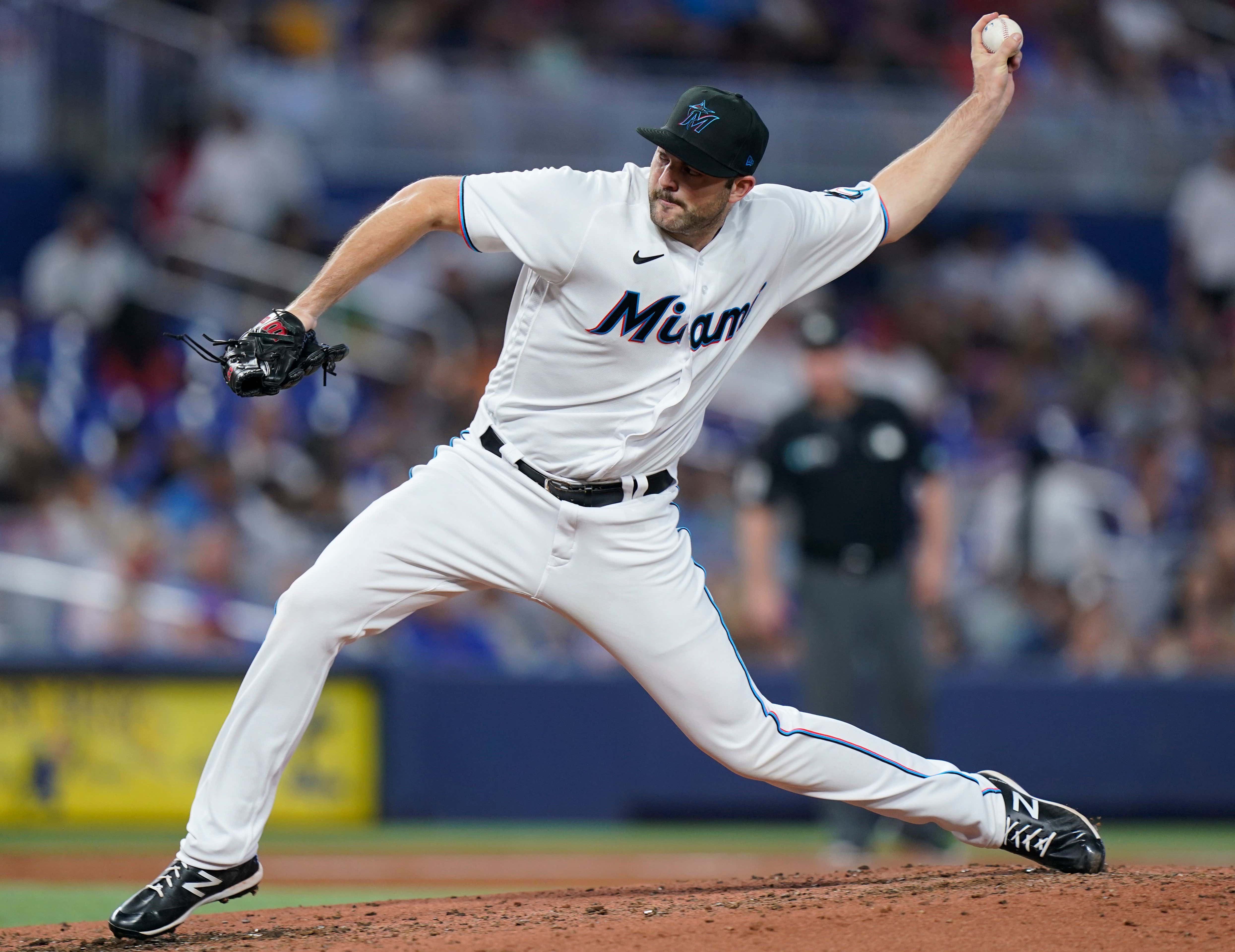 By the end of July, the 47-54 Marlins needed some left-handed help in their bullpen. They gave Fishman the well-deserved call-up…

Here's a video just after he reported to the Marlins. (He looks just like his father!)

On July 31, Jake Fishman came out of the bullpen and made his MLB debut against the N.L. East first place NY Mets, and a pretty good debut at that… ( 3.1 innings, 0 BB, 1 ER, and he started a perfectly executed 1-6-3 Doubleplay)

Jake Fishman has worked hard and earned his opportunity to pitch in the bigs. I can't begin to imagine how proud his parents, family, friends, and former coaches and teammates are. It's a great story, and now I'm a big fan!

But, as luck would have it, the day after his MLB debut he was "Designated for Assignment", three words no player wants to hear, ever. Jake's a tough kid who has proven his resilience many times over and that he can flat out pitch and field his position. He'll be back…