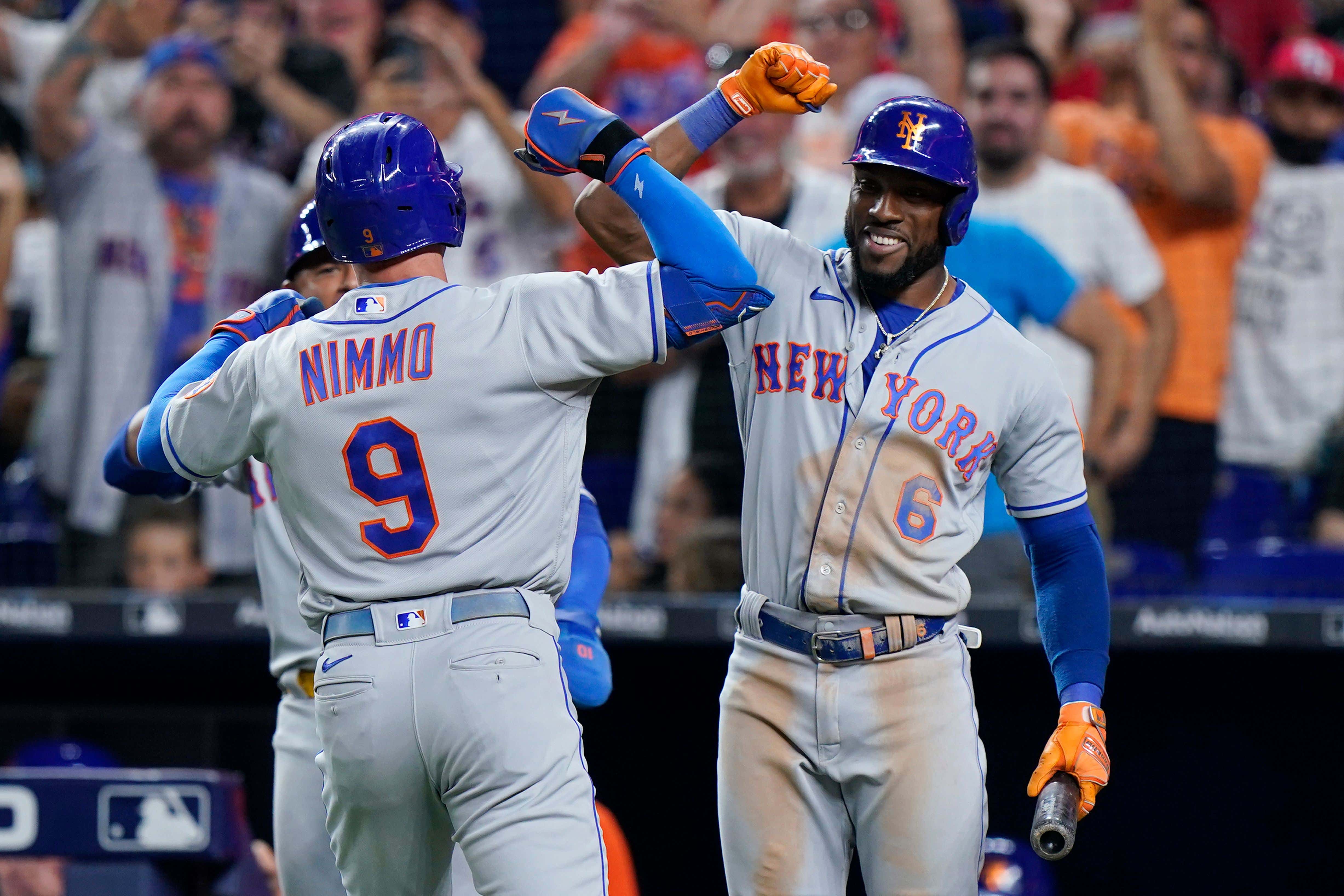 With the trade deadline looming, the New York Mets are playing their best ball of the season, winning six straight to equal a season-high. The Mets went into Miami after sweeping the Yankees in the first half of the Subway Series. They were hoping to avoid a letdown as they faced a banged Marlins team that was missing three of their best hitters, including Mets killers Jazz Chisholm Jr. and John Berti. The Mets took full advantage, sweeping the Marlins to maintain their three-game lead over the Braves, who as always played a terrible Arizona Feeblebacks team and swept with ease.

The Mets series in Miami did not start well, as Chris Bassitt gave up three runs in the first inning. The Marlins' rally started with a two-out walk by Lewin Davis. Following two soft hits to load the bases, Miguel Rojas had a three-run double down the right field line. With Marlins ace Sandy Alcantara on the mound for Miami, the Mets appeared to be in trouble. However, Alcantara had his worst start of the season as the Mets answered with three runs in the second inning. The critical at-bat was a walk by Tomas Nido with two outs. Brandon Nimmo followed with a run-scoring double, while Starling Marte hit a two-run triple.

Chris Bassitt continued to struggle in the second as the Marlins regained the lead. However, after a double play, Bassitt found his groove and pitched six innings, allowing four runs on six hits with four walks. The Mets would tie the game in the fourth inning on a home run by Marte, as Sandy Alcantara left the game after the fifth inning, allowing four runs on eight hits.

In the eighth inning, the Mets took the lead on a two-run home run by Brandon Nimmo, as Scott Okert, who had tormented the Mets and was 5-0 for Miami, suffered his first loss of the season. The Mets bullpen was nearly perfect; Adam Ottavino pitched the seventh, allowing one hit to earn the win. Trevor Williams pitched a 1-2-3 inning in the eighth, setting the stage for Edwin Diaz. In his most dominant appearance of the season, Diaz earned his 23rd save while nearly pitching an immaculate inning, as Joey Wendle fouled off an 0-2 pitch before striking out.

The Marlins wore their city connect jerseys on Saturday as Carlos Carrasco took the mound against Nick Neidert, who was making his 2022 debut. Carrasco went down the premium aisle and found the best cookie he could find. He quickly dominated the Marlins, allowing four hits and two walks while striking out seven in seven and two-thirds inning.

Miami looked rather feeble as the Mets took a 2-0 lead in the second inning, with a home run by Jeff McNeil and an RBI single by Francisco Lindor. Lindor added a home run in the eighth inning. Lindor tormented the Marlins all weekend with seven hits in eleven at bats. Down 3-0, the Marlins called on Richard Bleier, a left-hander, to face Daniel Vogelbach. J.D. Davis would come into pinch hit and homered, making the final score 4-0 as Seth Lugo retired all four batters he faced.

Looking for the sweep, the Mets had Taijuan Walker on the mound on Sunday. Before he took the mound, he was staked to a 3-0 lead as the Mets smacked around Pablo Lopez. The Mets did not mash the ball; they simply sprayed the ball all over LoanDepot Park, collecting a season-best 19 hits. Francisco Lindor and Pete Alonso started the scoring with back-to-back doubles, while Jeff McNeil and Mark Canha added RBI singles. In the third inning, the Mets scored three more runs to chase Lopez, who allowed 12 hits but did not make it out of the third inning. Tyler Naquin was a big part of the rally, with an RBI triple, for his first hit with the Mets.

The Mets added a seventh run in the fifth, but Taijuan Walker gave three runs on seven hits. Walker left the game with two outs in the sixth, as he gave up a home run to Charle Leblanc, ending Miami's two-week home run drought. Tommy Hunter gave up a double to Jacob Stallings but ended the inning by striking out Joey Wendle.

After the Marlins cut the lead to 7-3, the Mets responded with two runs to put the game out of reach, as Francisco Lindor capped the scoring with an RBI single. With a 9-3 lead, the Mets used the backend of their bullpen, having Stephen Nogosek pitch two innings, while Yoan Lopez finished the game with a perfect ninth.