There are some crazy people in this world. Sick and twisted individuals who are capable of doing unimaginably evil things. A lot of that is due to the brain. Whether it's a chemical imbalance or they just have a few screws loose, they're not able to understand how their actions can affect others.

I don't think that Chucky B woke up yesterday morning and said to himself, "I am going to be evil today and completely humiliate a few goalies and defenders along the way". But the way that his brain works? Well it's just instinctual for him to be violently grotesque out there and pull off a move like this.

You don't have time to actually think about this move in the moments. It wasn't like he sat there to assess the situation and come to the conclusion that this was his best option. That's just naturally hardwired into his brain to be that disgusting. Pick up the rebound in traffic, one hand, underhand, through the legs, back of the net. So gross. So so so gross. 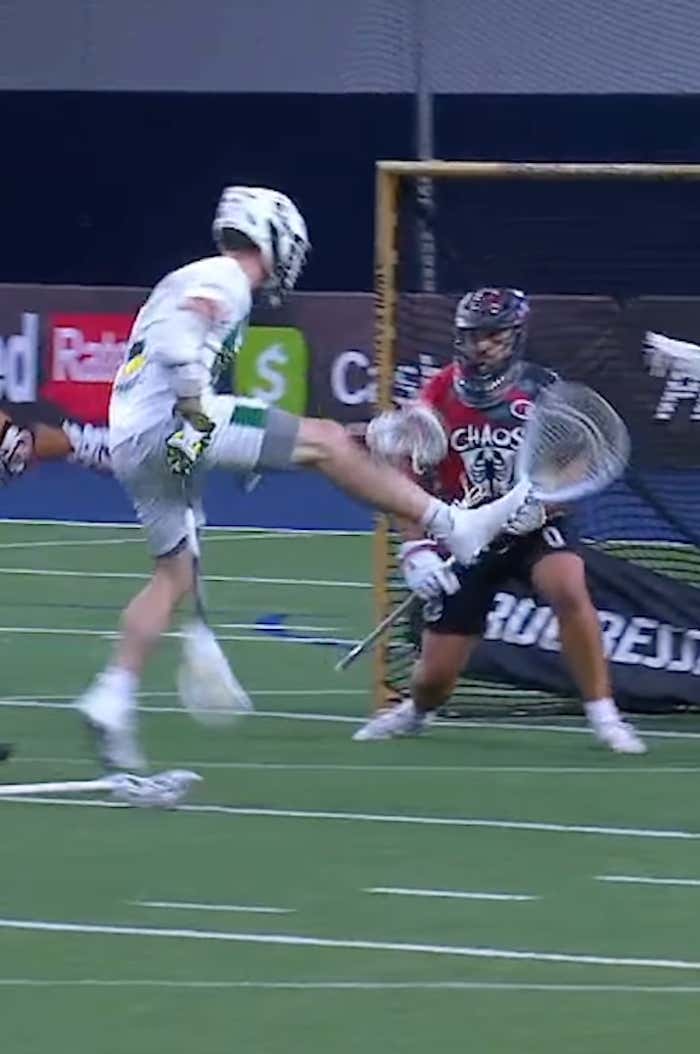 That should be the new logo for the league.

It wasn't even 10 years ago at this point that the backhand really started to get popular in the sport of lacrosse. The Thompson brothers really brought that into the game while they were at Albany, but they were mostly backhand finishes right around the crease. This was Jack Hannah coming out of a roll from about 9 yards, and was able to sting the top shelf right over Marrocco's head. The evolution of the game is insane right now. I can't even imagine what's in store another 8 years from now.