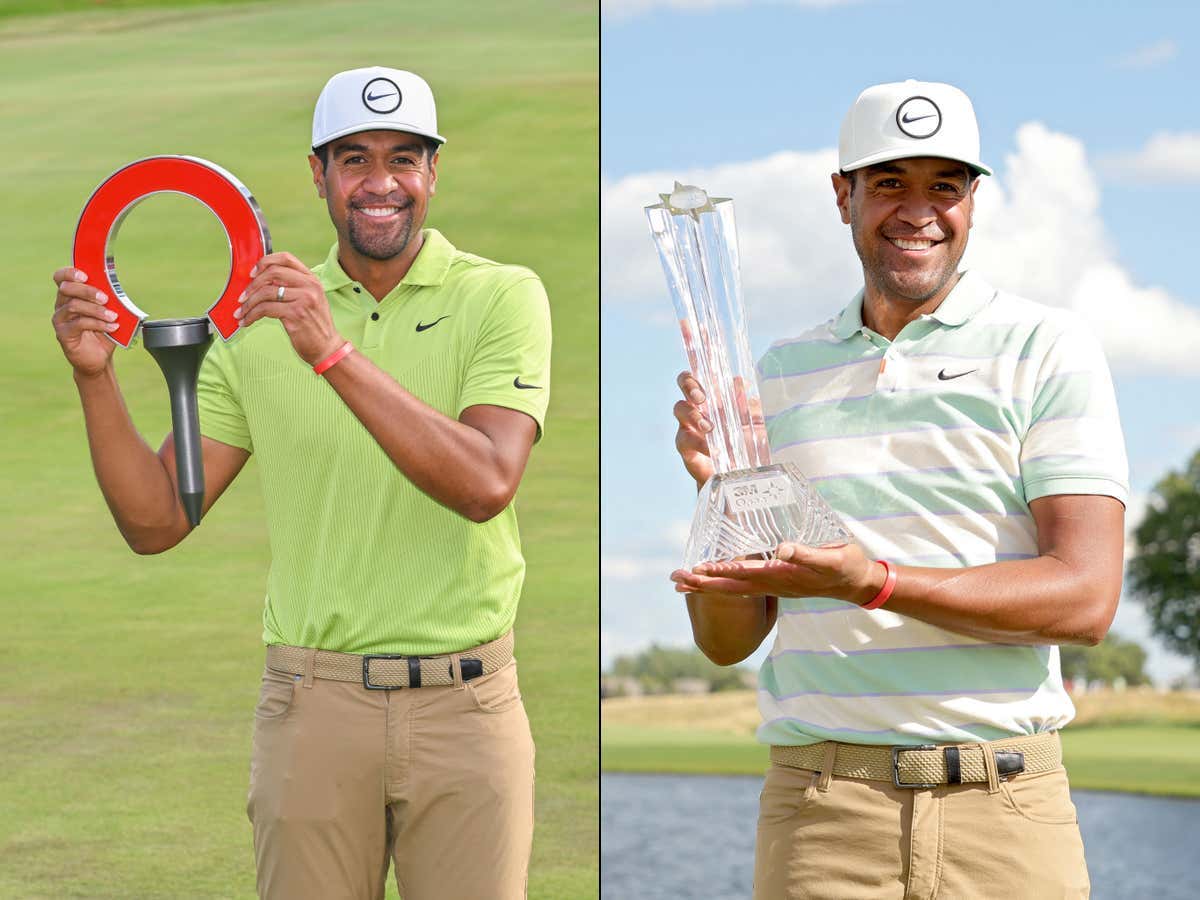 Wooo baby is Tony on a roll right now!!!

Guy came back from Scotland a couple weeks ago and has been on an absolute heater. Simply cannot be touched. I don't care what tournaments they are, rattling off two straight on the PGA Tour is impressive as hell. You obviously gotta go low to win any tournament but rattling off this series of rounds is just dumb. Imagine going on a looong golf trip and your worst round from the tips is 68.

This is the kind of stuff I had expected to see after Tony finally got the monkey off his back at Liberty National in the playoffs last year. After about a half decade of near misses, Tony finally caught a big one and I thought the wins would start coming in left and right for him. That happens for a lot of guys. Just look at the Scheff man earlier this year.

Unfortunately, he ran into the long layoff that is the PGA Tour wraparound season and he didn't really have his best stuff coming out of the gates in January. In fact, his best finish from the Tournament of Champions to the Masters was his T-19 at Kapalua… which is really just the middle of the pack in a no-cut event.

For whatever reason, he found it down in Mexico at Vidanta. Finished T-2 there and has been putting himself in the mix damn near every time out there since. T-4 at the Schwab and solo 2nd in Canada (where Rory went all white knight for the Tour) had me thinking classic "close but no cigar" Tony was back at it…. and then this. Two straight dubs in dominant fashion.

Ya love to see it. In a golf world where the morals of many have been put on public trial, Tony has proven time and time again that he's one of the good guys. One of the best guys, really. You won't find a guy on Tour who doesn't have great things to say about him, and he's got a great head on his shoulders. It'd be so easy to fold after so many years of coming up just short. This quote may be cheesy af but idc.

It's a shame there's not another major around the corner because he'd be damn near the favorite one was.