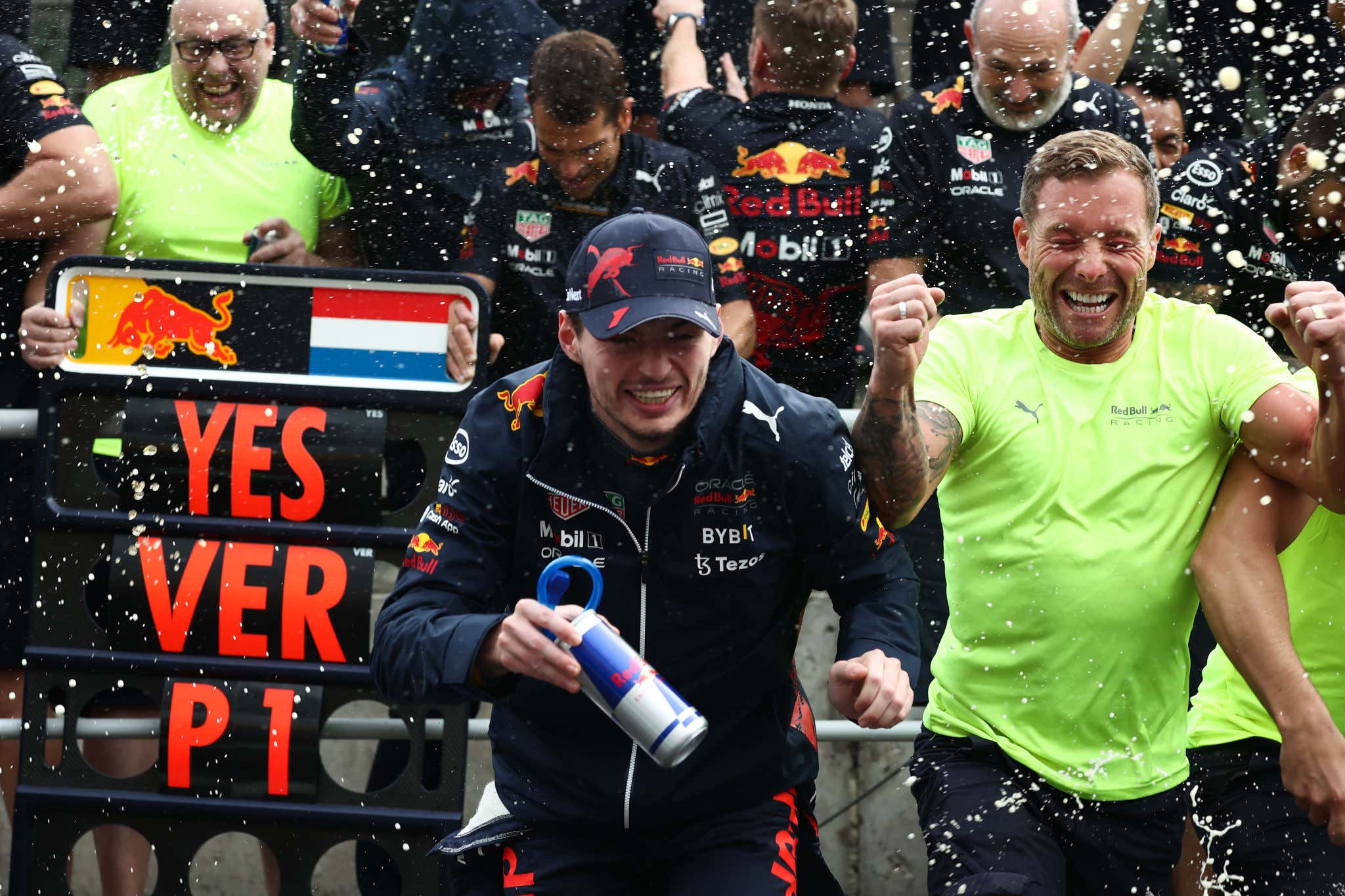 I have spent my life striving to be a kind and optimistic person. I wake up every morning looking for the little moments in life that can bring hope and joy in a world filled with so much negativity. I don't like to yell or get angry, but every man has their breaking point… and for me, that breaking point is Ferrari's 2022 season. I have now become a raging lunatic who spends every Sunday morning yelling at my TV because of how many different ways this team continues to find to throw away race wins.

SERIOUSLY WHAT IS FERRARI DOING????? HOW DOES THIS KEEP HAPPENING?????

No, you did not click on last week's blog. It has happened once again that Ferrari and Leclerc have thrown away another opportunity to win a race through dumb decision-making. I don't say this lightly… 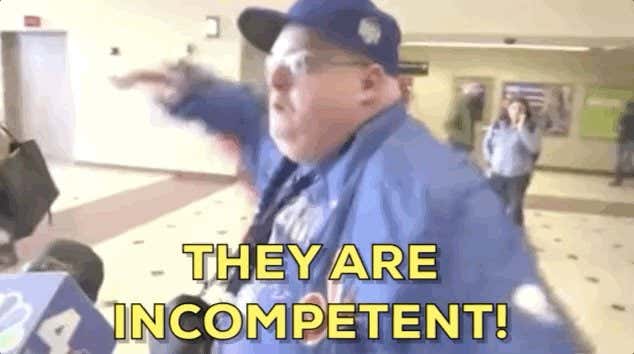 Over and over again, the team continues to give you hope as a fan that things have turned around and that this will be the race that everything turns around, only for something to go wrong. We're trapped in an endless cycle, the team makes a terrible strategy mistake in one race, then the car fails in the next race, then Leclerc makes a driving error in the following race. Rinse and repeat. This is not new. Ferrari has done this now for decades, but what makes this year so much more painful is that they are finally in a position to win a World Championship. There are three guarantees in life, Death, Taxes, and Ferrari is going to Ferrari.

So what went wrong this Sunday? Glad you asked. Ferrari was in a fantastic spot heading into today's race in Hungary. George Russell started on pole after a brilliant qualifying lap on Saturday, but he was flanked by Carlos Sainz and Charles Leclerc in second and third. It was the perfect opportunity for Ferrari and Leclerc to get back into the championship battle with Red Bull struggling. Max Verstappen, had engine problems on Saturday and was starting in a distant tenth place. Hungary is known for being a tough track to overtake on, so Verstappen had a long day ahead of him to try and get back into contention.

Everything looked like it was going according to plan for Ferrari after the first round of pit stops when Leclerc passed Russell to take the lead of the race. However, Ferrari had made the strategy call to put Sainz and Leclerc back on the medium tyres again, which meant that they had to make at least one more stop in the race for a different compound tyre. This was the beginning of the end for Ferrari.

Red Bull and Versappen made their second stop of the race early to pull off the undercut on Leclerc, which then triggered Ferrari to make a snap decision to pit Leclerc early on his medium tyres to put him onto a set of hard compound tyres. This is a pretty standard move, especially at a track that has proven to have a very strong undercut like Hungary. However, earlier in the race, several other teams had tried to run on the hard compound tyres and reported that they had no pace and they were basically driving on bricks out there.

Leclerc was dead on arrival the moment he left pit lane on the hard compound tyres. The team completely screwed up his strategy and put him in a terrible position to compete in the race. All of this data was there and available to the team. They had seen how poorly the tyre was working for other teams and still stuck to their guns and put him onto that tyre. Hindsight is always 20/20, but they made a massive mistake starting on the medium compound tyre which then backed them into a corner for the rest of the race. The tyres were so bad that the team eventually brought Leclerc in for soft compound tyres to see if he could salvage anything in the last few laps of the race. An all-around DISASTER of a day for Ferrari when it comes to race strategy.

It would be understandable if this was the first time that this had happened this season, even if was the second time, I would be more optimistic, but I think this is the ninth or tenth race where the team or Leclerc have made a mistake that has thrown away a win or at the very least a podium. I feel like an insane person holding out hope that it's going to get better when they continue to prove it just won't. 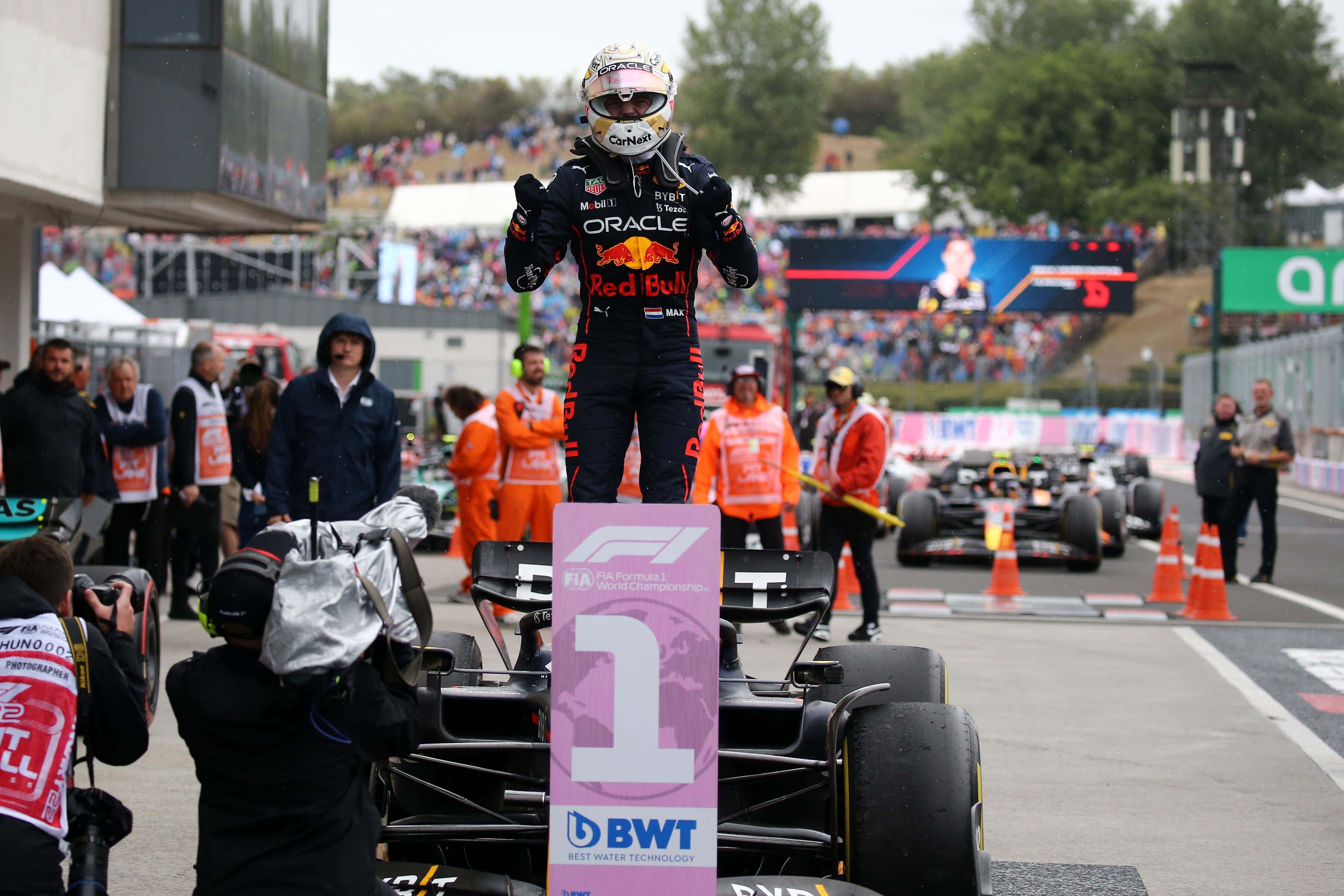 Verstappen was able to cruise to an easy victory in Hungary after starting the race in tenth place. An easy win from TENTH place! Leclerc eventually finished in sixth place, unable to battle back through the field. This is back-to-back weekends where Verstappen has been gift-wrapped an easy win from Ferrari. It was another double podium for Mercedes, who continued their comeback this season after struggling to start the year.

Heading into the summer break, the Driver's Championship is basically over, barring a complete meltdown from Red Bull and Verstappen. Leclerc is now 80 points behind Verstappen after starting the year looking like it was his Championship to lose.

Mercedes is making a legitimate push for second in the Constructors Championship as Ferrari continues to throw away points every weekend.

Hamilton has been driving fantastic, and it's been awesome to see him back at the top of the grid competing again after a lackluster start to the season.

Going to end this blog on a high note with the Danny Ric double pass on the Alpine cars. It was awesome to see glimpses of the old Ricciardo today. I'm not going to mention the fact that several laps later, he spun out Lance Stroll and got a five-second penalty and eventually finished in fifteenth.

It's going to be a long four weeks of soul searching and I hope everyone at Ferrari is doing the same. See you on the other side for the FORMULA 1 ROLEX BELGIAN GRAND PRIX 2022 at Spa Sunday, August 28th