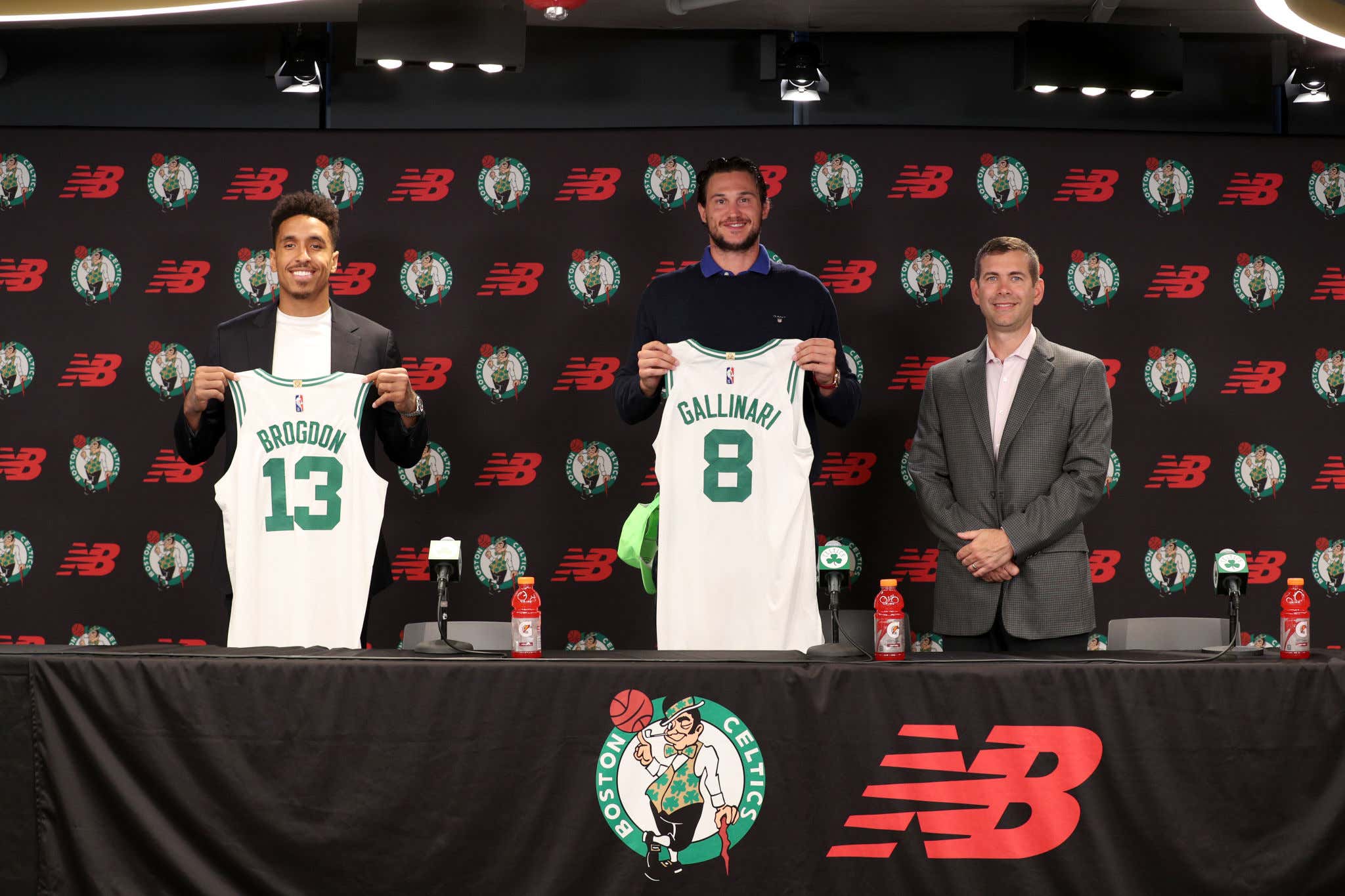 A few weeks ago I begged and pleaded that our timelines would start to be blessed with some Workout SZN propaganda. It's literally the slowest part of the NBA calendar, there isn't shit going on outside of a few trade rumors here and there, and everyone knows that once you hit this part of the summer you usually get players/teams releasing some extremely intoxicating workout highlights. Maybe you even get some 5 on 5 scrimmage action if you're lucky.

From a Celts perspective, all we really had was some Jaylen and TMac highlights of them playing King of The Court. It was a nice little way to get the blood flowing, but then things we silent for far too long. The Celts then put out Jaylen's underwater workout regime which still makes me exhausted just thinking about it. My hope was that now with the floodgates open, my timeline would be filled with Celtics workout propaganda. I love that shit, you love that shit, and thankfully our newest Celtic was happy to oblige

Let me be perfectly clear about something. If you don't think I'm unleashing this anthem whenever Gallo does literally anything, you are out of your mind. What blog do you think you're reading right now? It's perfect. The song bangs and all I need is for some games to actually start so I can put some Celts highlights behind it. I'm looking into how I can get speakers installed at the top of the Old North Church in the North End to blare this at all times. There has to be a North End stoolie reading this right now that has connections to the old timers who run the neighborhood and can make that happen for us.

Anyway, a couple if takeaways from these videos, both of which give me a raging cannoli in my pants

1). Gallo looks thin as shit. Was he always that thin and I just didn't notice? I don't feel like that was the case last year with the Hawks. I actually was expecting him to go the other way given his age and yet here he is looking like the 27 year old version of himself. As long as he doesn't go too crazy at Panza (the best North End restaurant, I will not debate this thank you) during the year we could really have something here.

2). He is still slow as all hell. That probably isn't going to change regardless of the shape he's in. Even if he wasn't going full speed in those workouts, I'm not expecting him to get much quicker. That's OK, that's not why Brad signed him, I just found it extremely relatable that an NBA player is probably about as quick/fast as me and you.

That's a career 38% shooter folks. Someone who has been above 40% in 3 of the last 4 years. You want a guy operating off ball who just has to catch and make open threes once the Jays get doubled? That jumper certainly looks like it's ready. And all the hardos can save the "oh cool there's no defense being played, all NBA players can do that!'  stuff like I give an actual fuck. This is summer propaganda time and you giving me a clip of you doing nothing but making threes is exactly what I'm looking for.

4). Gallo has Kyrie level handles? Who knew! You saw that video of him going against that chair, the chair didn't stand a chance. If you think that's so easy, go ahead, bust out a chair in your house and try it. I bet you turn it over. Sure that might actually mean you're a perfect fit as well for the Celts roster, but I bet you don't execute it that cleanly. Do I want Gallo doing this at any point in a real NBA game? Lord no. I don't even want the thought to cross his mind. But do I love knowing that it's in his back pocket if he needs it? Absolutely.

Anyone who's anyone in the NBA will tell you that you first must master your craft against a stationary chair. Once you do that, the next step is All NBA Defenders and elite team defenses. I don't make the rules so don't come at me for it. That's just the natural progression of how the NBA offseason works.

All I know is this. I need Gallo to keep these videos coming. He gets it. I would also then like the rest of the roster to follow suit. Give me Payton in the gym making 100 straight threes. Give me Jaylen ball handling videos. Give me Tatum working on his floater/midrange. We have like 2+ months to go until camp opens so it's time to give the people what they want.