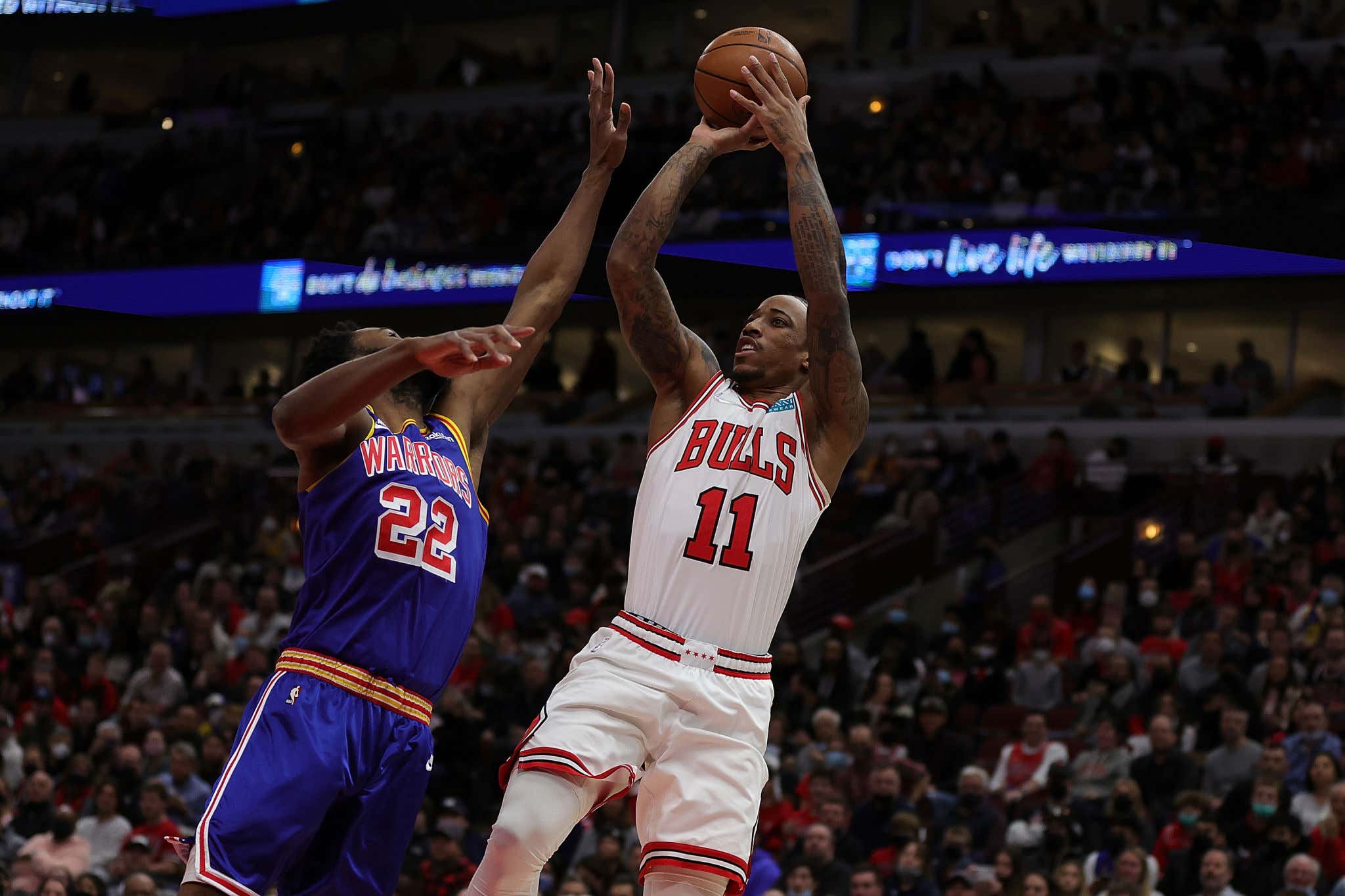 Nothing but respect for DeMar here. Sure it kind of backfired on him given that the Warriors went on to win the NBA title while the Bulls were swiftly eliminated in 5 quick games in the first round, but hey at least he didn't run from the grind and decide to hop on the easy train. Not all NBA stars are built that way. Sometimes when Draymond comes calling and asks you to join the Warriors, players say yes because they're maybe a little nervous about their legacy and what not winning a title might do to it. Would anyone have blamed DeRozan if he joined GS? Maybe he'd get some shit initially but he's another one of these guys who have been really good for a really long time and has only made the Conference Finals one time in his career (2015-16). You could understand at age 32 if he wanted to join a team that was already pretty good.

Instead, he told Draymond to fuck himself and took the nice 4/82M deal from the Bulls. I found it interesting that he of course heard all the backlash about how that was the worst free agent deal ever and all that bullshit, only to go out and put up a ridiculous season

People forget the Bulls were the #1 seed in the East as late as February 25th. How their season ended was essentially due to all of their brutal injuries. Lonzo, Caruso, LaVine, Patrick Williams, they had some brutal injury luck basically the entire year. The Lonzo/Caruso/LaVine/DeRozan/Vuc lineup played only 16 games and 95 minutes all season together (108.5 ORtg, 96 Drtg, +12.5 net). If you swap Caruso for Patrick Williams, that group only played 8 games and 26 minutes together (114 Ortg, 103.4 Drtg, +10.6 net). The point is, we never really got to see the best version of the Bulls for any sort of a consistent stretch, which played a huge part in their 7-15 finish after that 2/25 date. They saw their #1 seed free fall all the way to the #6 seed which gave them a date against Giannis and the Bucks had no issue whatsoever getting through the Bulls by clearly exposing their lack of size and injury situation.

The other part of that interview that stood out to me was when DeRozan and Draymond joked about him taking the minimum. That was just sad Lakers fans who are living in denial that their franchise stinks and think that their Lakers Privilege will warrant NBA stars leaving 10s of millions of dollars on the table just to take MLE money. It happened with DeRozan last year and it happened with Kyrie this summer. Remember when Kyrie was going to leave $30M+ on the table this summer to go to the Lakers on their MLE of $6M? Whoops! So I would push back that "people" were saying DeRozan was going to take the minimum. That wasn't people, that was Lakers fans.

When it comes to the 2022-23 season, I think there's a decent amount of people that are sleeping on the Bulls. Given how they flamed out, you hear a lot about how the first 4ish months of their season were a fluke. I'm not so sure I buy that. For starters, they don't have to worry about any Zach LaVine free agency/contract drama after he signed his max this summer. They addressed their size issue in theory with a low risk move in Andre Drummond, who even with his faults is still much better than Tristan Thompson. Patrick Williams will be back. Caruso will be back. There are still some concerns about Lonzo's knee issues, but I imagine he'll be ready to roll once October rolls around as well. Those are three high impact level perimeter defenders that will be back in the mix. That stuff matters.

On paper, the Bulls have enough talent to not just be in the top 6 conversation, but the top 4. They certainly have to play up to their talent level, but we saw what that looks like for long stretches last year. If you're telling me playing teams like BOS/MIL/PHI etc won't be as much of an issue in terms of dealing with the size of those teams, there are plenty of reasons to be excited as a Bulls fan if they finally get a healthy version of this roster.

But mostly I would be excited that one of the best players on my team has the mindset of DeRozan. That is not a guy who is running from the grind. Someone who would rather take the easy way than put in the work and earn it the hard way. I'll always root for guys like that outside of the nights where they are playing my favorite team. Did his decision cost him perhaps the only ring he'll ever get? Time will tell, but you have to love his willingness to find out without ring chasing.