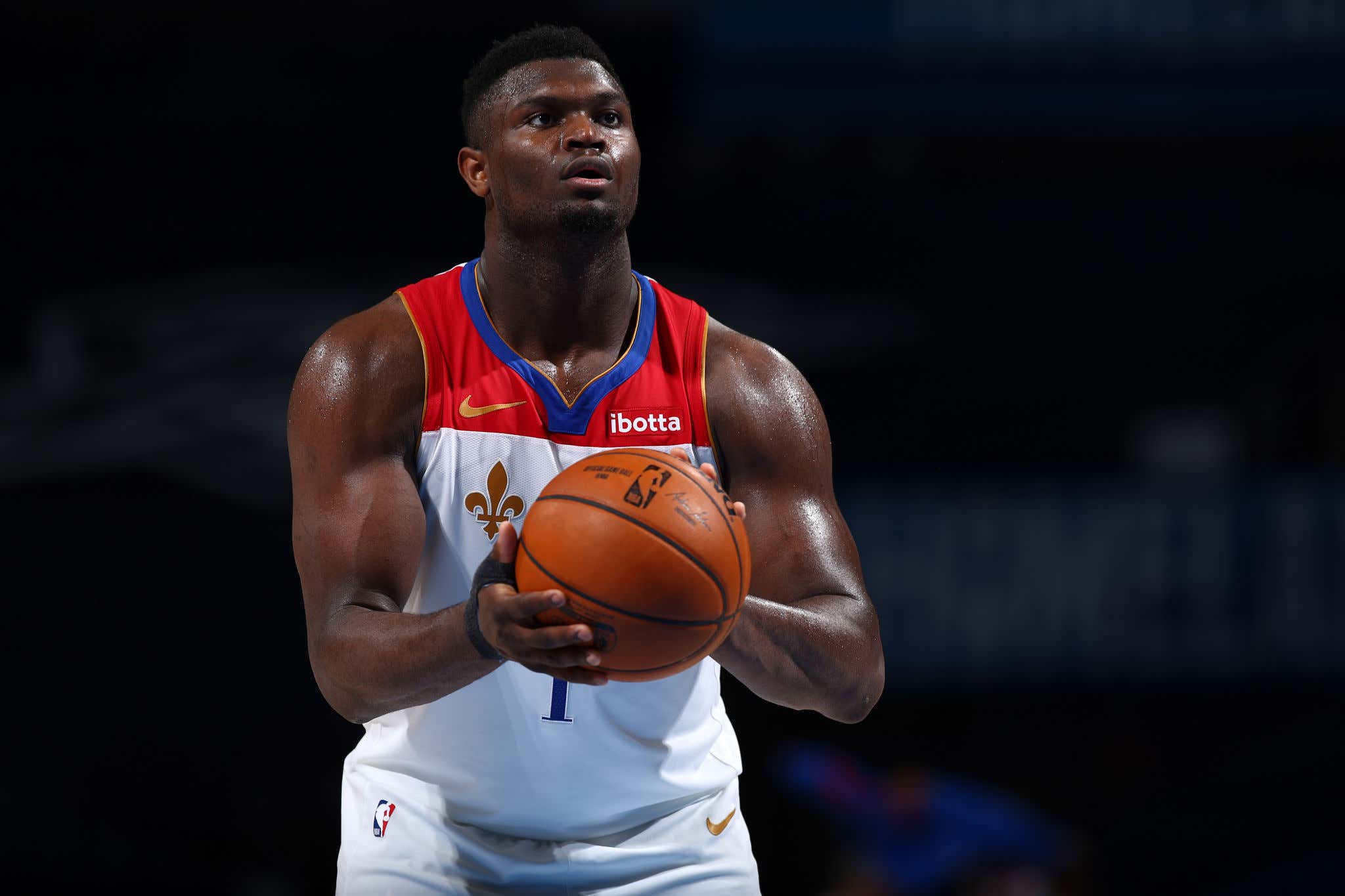 To some, it may have come as a bit of a shock when the Pelicans stepped up and offered Zion this max extension

Not a bad gig for a guy who missed the entire season and has only played 85 games in his NBA career. In reality, it was basically a formality. Of course Zion was going to get that max extension. You were crazy to think otherwise despite his injury history. When you're as good as Zion was even in his limited appearances, you get the max. Especially when you are the face of the franchise.

With extension details being what's so hot in the streets right now (see: Kyler Murray), we have those same details around the Zion extension and you have to give David Griffin & Co some credit. Like most of these type of extensions, there are some escalator clauses around if that player makes All NBA, wins MVP or DPOY, shit like that. If that happens, the number balloons to $231M. What makes this extension interesting is the Pelicans made sure to cover their ass in regards to one part of Zion's development that might be the most important

According to league sources, Williamson’s contract stipulates that he will have weigh-ins periodically throughout the entirety of his new deal. The sum of his weight and body fat percentage must be below 295. If it is not, the amount of guaranteed money in Williamson’s contract can be reduced.

You know how you make sure a guy is going to stay in shape and work hard? You put his guaranteed money on the line. How much can be reduced is unknown, but last time I checked NBA players aren't really in the business of giving back money. Pretty genius move by Griffin here to ensure that it's something they monitor throughout the season and not just something he has to make sure is handled by the start of camp or something. That it also runs through the entire extension is even better.

When you have lower leg/foot injury issues, Zion's weight is obviously a huge factor. He plays with so much force already, adding more and more weight to those areas can't be good for business, especially long term. The best way you improve the odds that Zion stays on the floor starts with his conditioning and weight. You get that under control and you in theory lower the risk he gets hurt. If I'm going to give this dude nearly $200M, I want to make sure there are things in place that give me the best chance of getting a good ROI. For that to happen, Zion needs to play. For him to play, he needs to be and stay healthy.

Looking at what the Pelicans have suddenly built, it's really hard to not be very intrigued and excited about their upcoming 2022-23 season. This roster is loaded with legit talent at pretty much every position

and they are riding all of that positive momentum from the second half of the season. Now you're adding an in shape and healthy Zion to the mix? This guy?

This could absolutely be a team that flirts with a 6-8 seed again if not higher if things work out perfectly. The biggest thing for them will be taking an actual step defensively as a unit. Just 18th last year with a 112 Drtg, they aren't too far off from being a top 10 unit (UTA was 10th at 110). They had the 13th best defense after the trade deadline and we saw how that helped. Their offense was already top 10 and obviously adding Zion will make it even better, but given how tough the West is just being good offensively won't be enough. You have to find a way to consistently get stops. If the Pelicans with another year under Willie Green and the continued development of defensive monsters like Herb Jones are able to do that, this team is going to be really, really good.