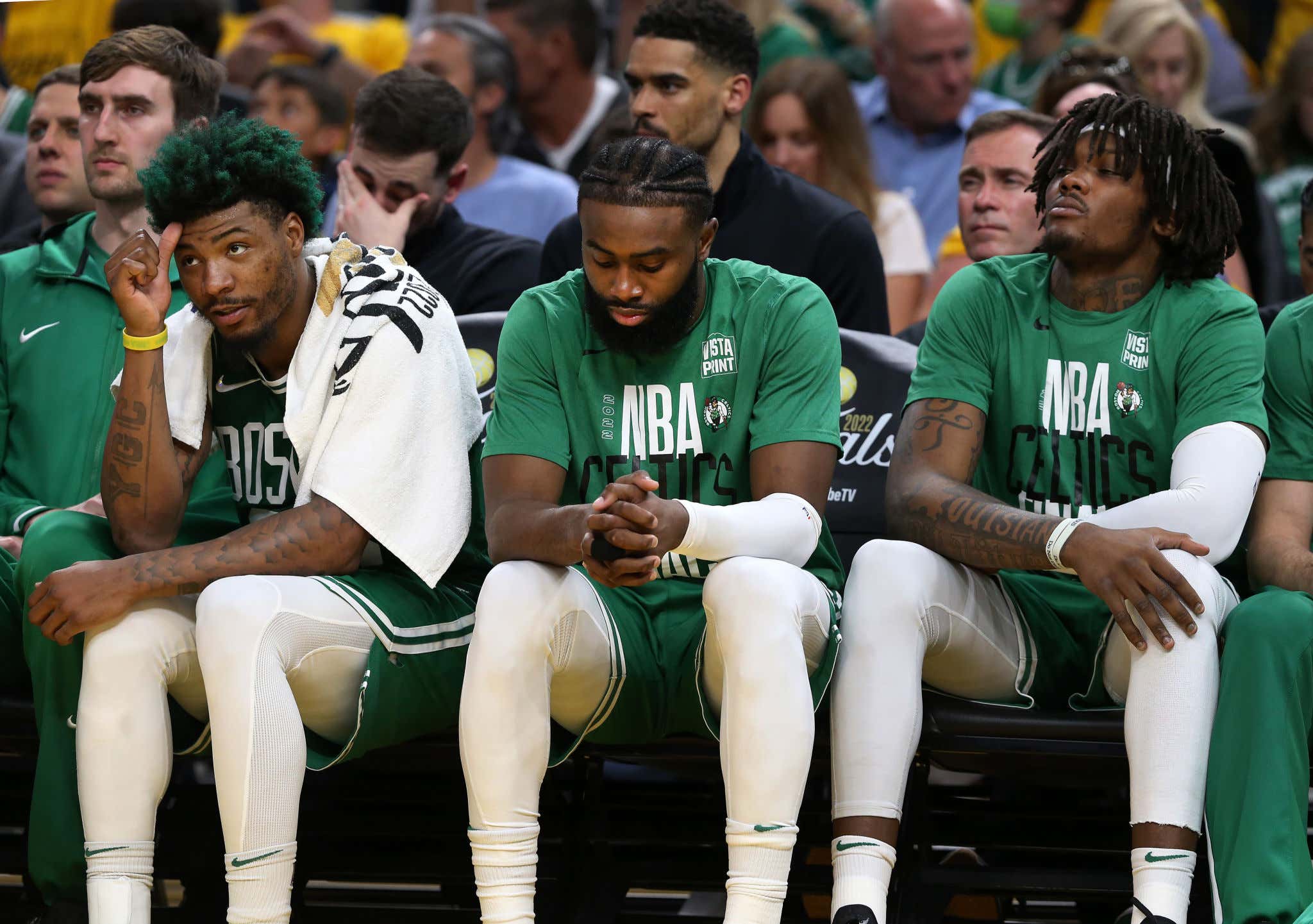 Now I know the easy thing to do here is to clown on Chris Broussard for such an outrageous statement. But, we have to be fair and provide the context.

His overall point was that it doesn't seem like KD is going anywhere and that the Nets should hold out for the select package above if the Celts do in fact want Kevin Durant. He's not saying that the Celtics should accept that offer. I can't imagine he thinks that way, but I guess we can't rule it out. But here's what I don't really understand. Not only would Brad never agree to this, on what planet does he even offer it? A total of 60% of the best starting five in basketball (this is factually correct, go cry about it) in addition to 3 first round picks? That brings the Celtics closer to a title….how exactly? I'll remind you, the Boston Celtics are currently the NBA title favorites without Kevin Durant on this roster. I'm pretty sure a gutted roster with only Tatum/KD/Al/Grant/Brogdon/Gallo etc does not get them closer than a team that was pretty damn close already and added talent that filled needs without gutting their roster.

Looking around the market and who is even in on KD right now, why on earth would that suggested package be the asking price? Does Sean Marks think he has leverage over Boston in this situation? A team that just swept BKN and is already in contention? They don't need KD, the Nets need Boston. You take what Brad is willing to give you if anything at all. I'm not totally sure there's a package that beats out the reported Jaylen/White/pick offer that was reported earlier this week. Now you want Brad to add Smart/Rob and 3 picks? Ok buddy, makes total sense!

As more and more information and reporting comes out about this, it's even clearer what Sean Marks is doing. It's just like Daryl Morey. Think of what's being talked about in the media this entire week when it comes to the value and talent being included in a KD deal? It's Jaylen Brown this. Marcus Smart that. Throw in Robert Williams. Marks attempted to create a baseline price that was much higher than what existed before Monday. Why?

How surprising! Who could have possibly seen this coming? Oh that's right, everyone. If you are in talks with TOR and you want Scottie Barnes, you need to make it seem like there is a market/offer out there that includes a player that would demand Barnes me included if the Raptors want to beat it. The question now is which is more real/current? Seems like a pretty easy way to get TOR to pay your price is to throw out there that another division rival is willing to put someone like Jaylen & Co on the table. The Nets are trying to create more and more leverage in a situation they don't really have leverage in. If he threatens that KD will just stay in BKN….OK? Big deal. That team didn't win a single playoff game this year and is now banking on Kyrie/Simmons actually showing up and being productive. It's been reported that KD still wants out, so if they don't trade him this year we'll be right back here next summer.

Listen, I give Marks and the Nets credit. What they're trying to accomplish this week has happened, in terms of the caliber of packages being talked about for KD. At the same time, we've gone nearly this entire week with no new news, suggesting that it hasn't been as successful in terms of teams actually paying up. If you follow the Daryl Morey path, that did eventually land him James Harden, so you can never rule it out until proven otherwise. But that suggested package from the Cs? Yeah, if Sean Marks thinks that's even remotely on the table for a 34 year old KD, he might want to come back to planet earth.