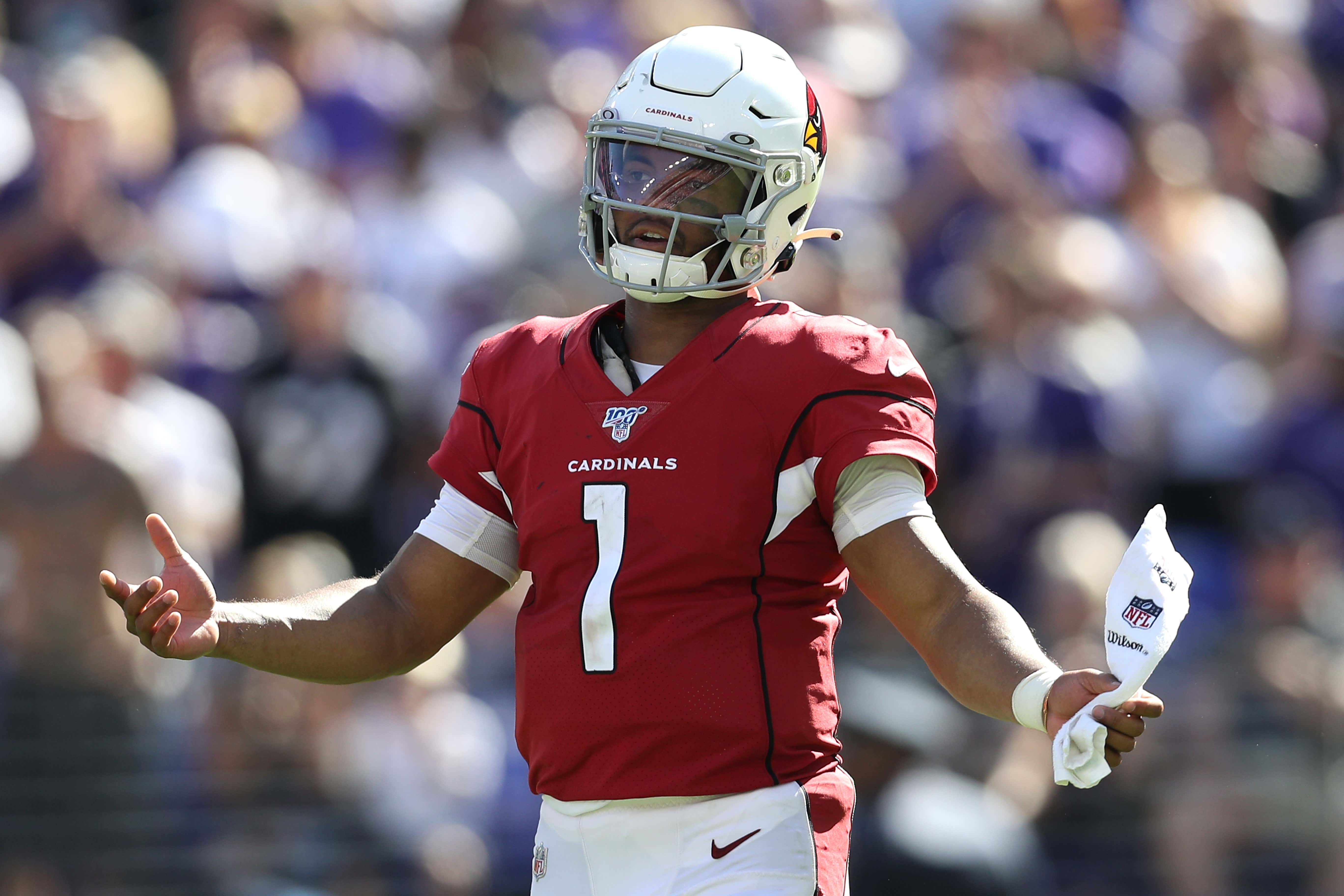 … well that would be the time when your average guy would just lay low for a while. Avoid the press as much as possible. Say nothing until asked. Then when asked, give vague, cliched answers about only looking ahead, not back. Then change the subject. Basically take whatever steps you need to in order to let this blow over and collect your easily achieved bonus.

Well Kyler Murray just proved he is no ordinary guy. So, without any obligation to do so - or sound judgment - he took to the podium to defend himself against the backlash:

In a way, you almost have to admire him for steering into the skid like this. He could've taken the coward's way out and avoiding the subject altogether. You know, the way his agent and the Cardinals' PR department no doubt advised him to. But nope, he's taking it head on. The same way he did last year when he told 98.7 Arizona Sports, “I think I was blessed with the cognitive skills to just go out there and just see it before it happens. I’m not one of those guys that’s going to sit there and kill myself watching film. I don’t sit there for 24 hours and break down this team and that team and watch every game because, in my head, I see so much.”

Sure, the cynic might sit there on his high horse, get all judgey and say that if Murray thinks it's "disrespectful" to suggest he needs to study more, then he had the option of telling the Cardinals to take their "disrespectful," "almost a joke" incentive clause and cram it all the way up into their prison wallet. But he took a hard pass.

Or, a skeptical person might point out the work habits of most of the truly greats:

--Michael Jordan paying ball boys to stay after practice and feed him the ball for extra jumpers.

--Pat McAfee saying this week that Peyton Manning used to watch "every game the other team’s played; every snap they made; every practice clip from your week of practice; every game that your guys have played against a similar defense that they’re playing; every single third-down situation broke up in there; red zone; every first down."  To the tune of maybe 20 hours a week, he couldn't count.

--Larry Bird spent a summer learning to shoot lefthanded and put a regulation court with glass backboards in his back yard in French Lick after winning three straight MVPs.

--I read a profile of Tiger Woods once that said if he had 20 minutes between classes at Stanford, he'd spent them driving golf balls. Even in pouring rain storms.

--Wayne Gretzky said when parents would ask him to tell their young hockey players how much they need to practice, his stock answer was, "Nobody ever told me to practice." Instead, they couldn't keep him off the ice.

But to point that out to Murray, after all he's accomplished, would be the height of disrespect. To his work ethic. And his cognitive skills. Ones that seem to border on the psychic. It's a joke - almost - to suggest his prep time could stand to be increased. That he hasn't achieved the peak level of efficiency with his film room commitment.

Unless there's an incentive bonus in it. If there is? Fire away.

P.S. Malcolm Gladwell's theory famously states that in order to become really proficient at something, you need to spend 10,000 hours doing it. By that math, at four hours a week, it would take Murray 2,500 weeks, or 48.07 years, to become an expert at quarterbacking. Which proves one thing: He and his agents are geniuses.