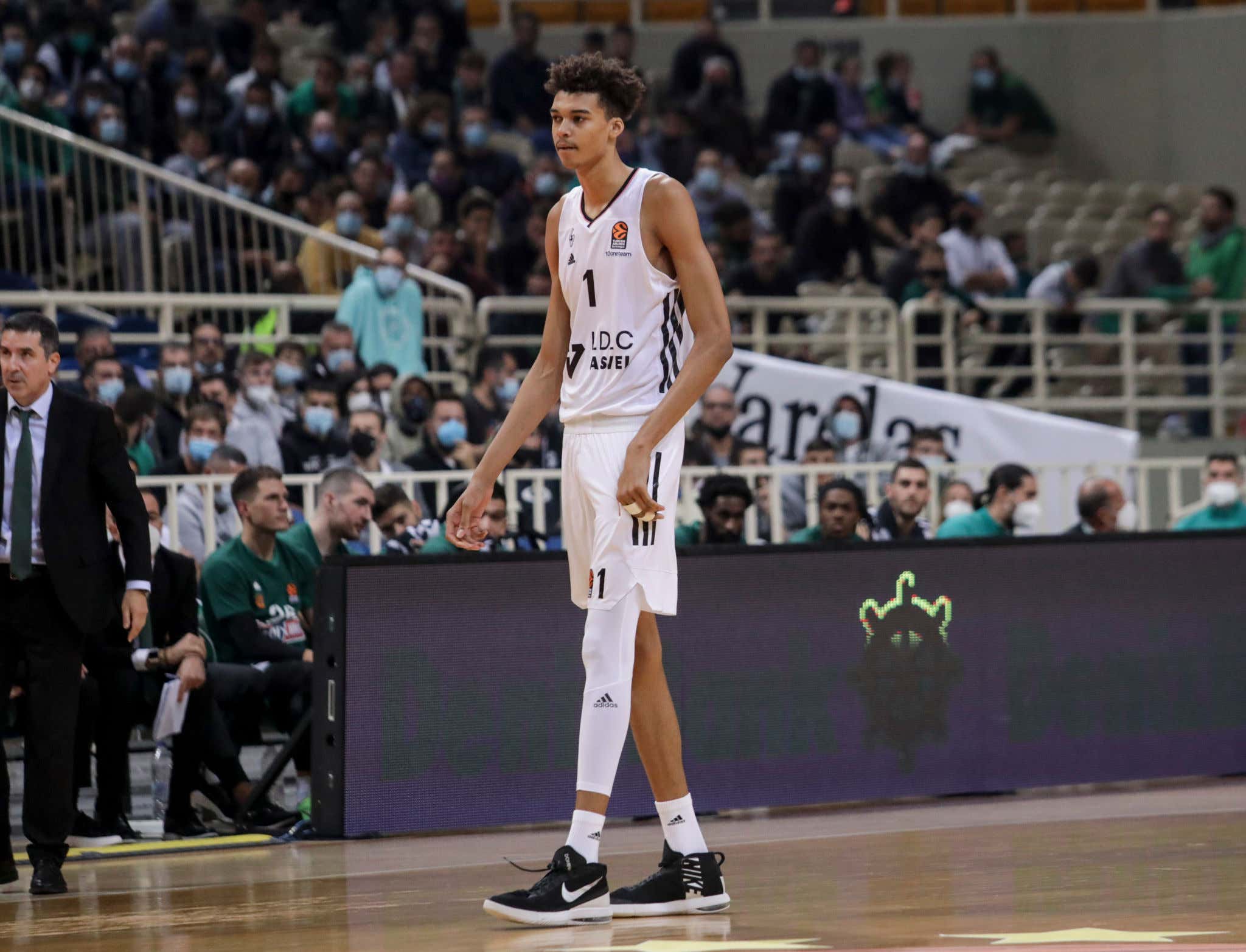 There are only so many times I can refresh my timeline waiting for KD trade news. Considering there isn't a damn thing going on in the NBA world right now, I welcome any sort of distraction. I've come to learn that quick Victor Wembanyama highlights do a great job of filling that need. In our last episode of his ridiculous basketball skill, we talked about how he was basically another KD when he unleashed this fluid as hell double cross fadeaway

Well, we're back with another one, only this time it's 3 seconds long. Let's have a look

Excuse me? I'm sorry, what? What exactly did we all just watch in that clip? I thought the double cross was the most impressive thing you could see a 7'5 guy do, but now I don't know if that's true. In that play we see Wembanyama stay attached to his man the entire time, with two feet planted firmly in the center of the restricted area. Look at where the offensive player starts his floater from 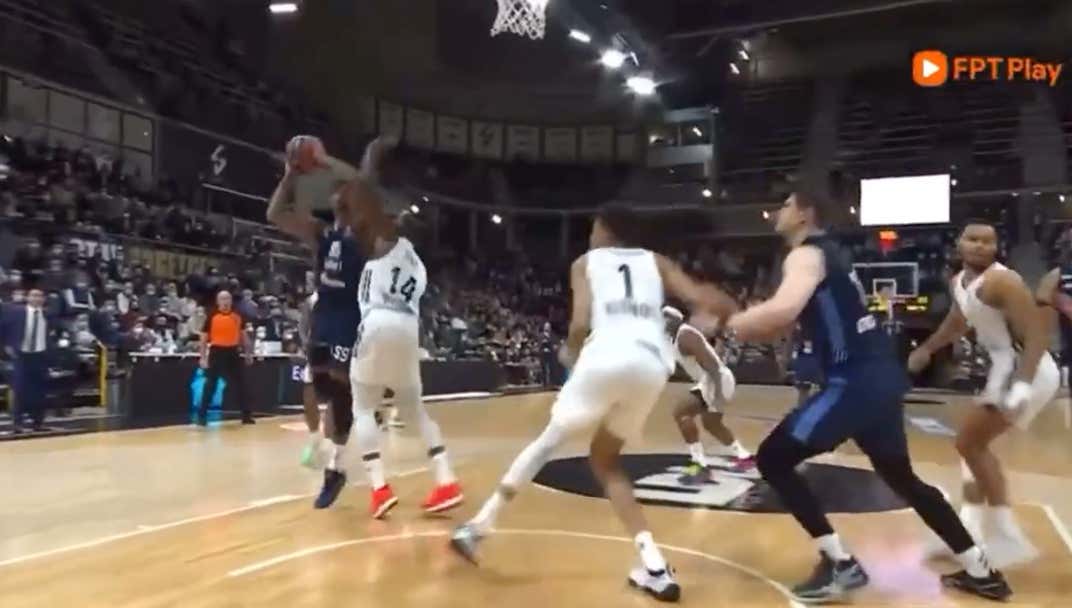 That is not exactly a shot that someone should be able to block. Especially when they haven't even fully rotated over. He's not even on the same side of the rim! Then, in a blink of an eye look at this recovery 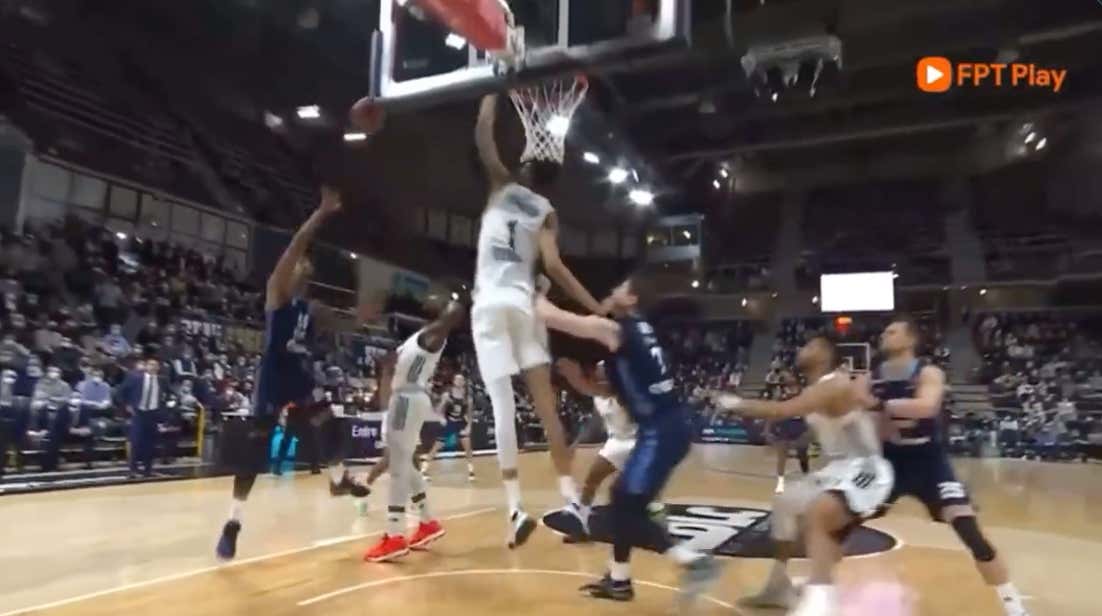 What the hell. When people talk about players being created in a lab, I'm fairly certain they are talking about Wembanyama. That length doesn't even seem possible. This is a play someone isn't supposed to be able to make, and Wembanyama does it with relative ease. There's a reason we're about to experience some generational tanking in the 2022-23 NBA season and with each 3-6 second clip we get of Wembanyama you can understand why. Remember, this is the worst he's going to ever be!

Imagine if we're legitimately about to see a player who can look like KD on one end, and then someone like Gobert on the other in terms of rim protection/length. Is that utterly ridiculous to say? Of course, but also I think it's on the table. You just watched those two clips. You cannot tell me it's completely out of the realm of possibility. I also think there's nothing wrong with drinking all the hype Kool Aid right now because that's what late July is for. There's always a chance a prospect like this flames out, but I don't know how you could see these Wembanyama highlights and not be very, very intrigued. The potential and ceiling are insanely high. Just imagine what he looks like once he gets into an actual NBA program.

After these last two clips, I have no idea what to expect next. Maybe some coast to coast action or something? Maybe some post moves where he'll look like a new age Hakeem The Dream or some shit? The one thing I do know is it'll probably break my brain and we'll make sure to talk about it.