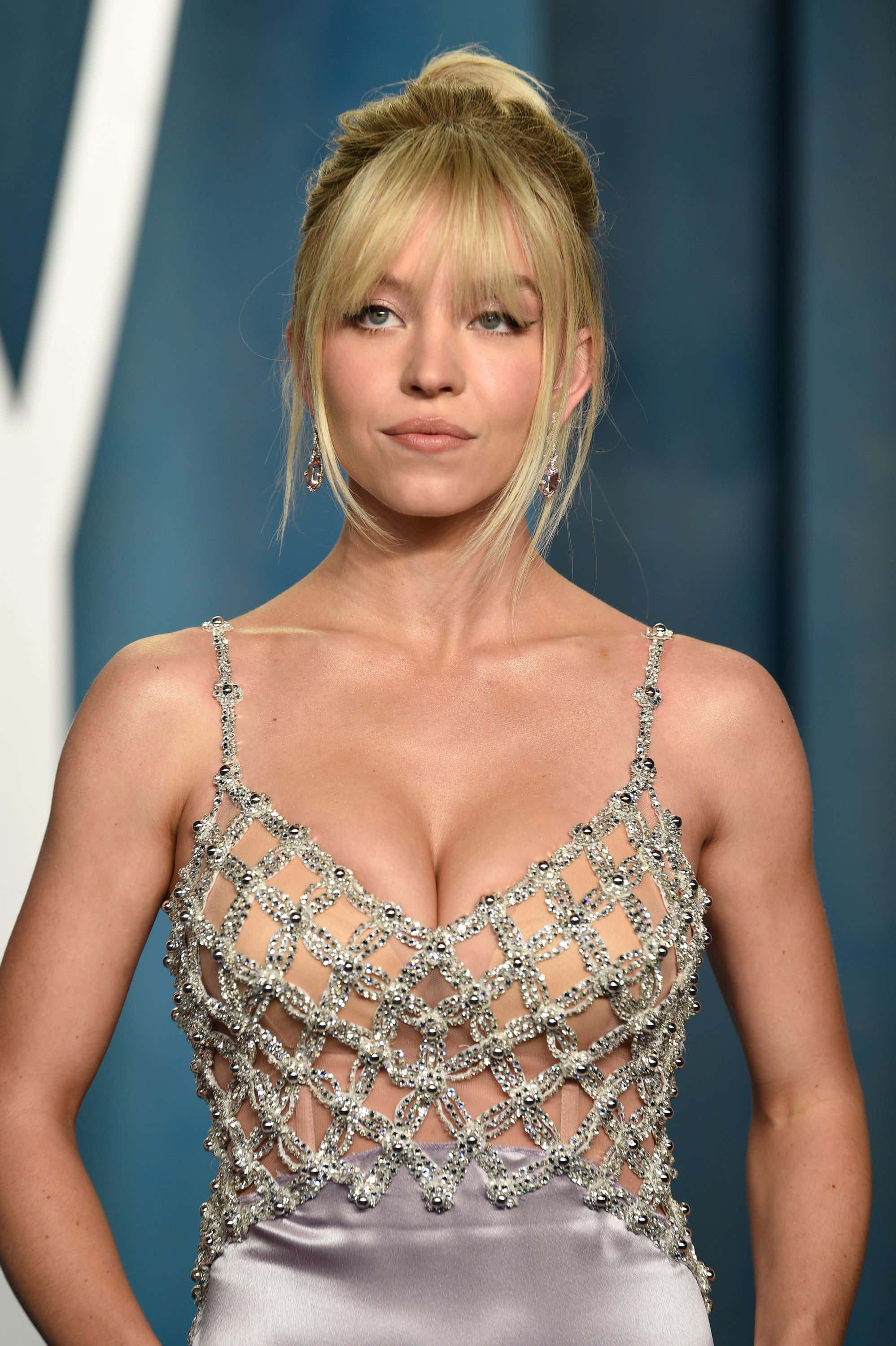 WARNING: This isn't going to be a blog about how good looking Sydney Sweeney is. This isn't 2015 anymore. We have grown past that. We do not comment on women's looks. Any picture put in this blog is vital to the journalism, no questions asked. In this time of political unrest, it's important to remember the true heroes- the journalists like Barstool Nate. So yes, this gif is important to include before we get to the meat of the story:

Daily Wire - Emmy-nominated actress Sydney Sweeney said this week that she was barely able to afford a home in Los Angeles, explaining that Hollywood does not “pay actors like they used to.”

“If I wanted to take a six-month break, I don’t have income to cover that,” Sweeney told The Hollywood Reporter in a wide-ranging interview. “I don’t have someone supporting me, I don’t have anyone I can turn to, to pay my bills or call for help.”

“They don’t pay actors like they used to, and with streamers, you no longer get residuals,” the “Euphoria” actress said. “The established stars still get paid, but I have to give 5 percent to my lawyer, 10 percent to my agents, 3 percent or something like that to my business manager. I have to pay my publicist every month, and that’s more than my mortgage.”

“If I just acted, I wouldn’t be able to afford my life in L.A. I take deals because I have to,” Sweeney said.

After the actress bought a home in Los Angeles, reportedly for $3 million, the location was posted online, she said.

“I couldn’t believe I was even able to buy a house,” she said. “I want to be able to stay there.”

Elle magazine on Thursday reported that Sweeney is worth an estimated $4 million, earning about  $350,000 for season two of the HBO hit “Euphoria.”

Pray for Sydney!!!! I am not even being sarcastic. This is not a humor article. Literally get on your knees and say a prayer to whatever god or entity or sports player you worship. Because this just is not how you should treat one of our greatest assets. Do we think Sydney Sweeneys just grow on trees?! Have you ever walked outside and seen a bunch of Sydney Sweeneys just walkin around town? Because I sure haven't! So instead of mocking her for saying she can't even take 6 months off of work, how about we triple her salary so she can!?! Come on HBO, drop that bag on her! Give her that Mid-7 figs she deserves! Why do you think people watch Euphoria? For the dialogue? Get outta town, ya ding dongs.

Her quotes are so spot on. Look at her talking about why she MUST take ad deals to supplement her income:

“If I just acted, I wouldn’t be able to afford my life in L.A. I take deals because I have to,” Sweeney said.

You think she WANTS to work for Armani? Does this look like someone who ENJOYS traveling around the world modeling???

And it only gets worse for poor Syd. Her house? A disgusting $3 million. Imagine being 24 years old and only living in a $3 million house? I'd rather be dead.

After the actress bought a home in Los Angeles, reportedly for $3 million, the location was posted online, she said.

“I couldn’t believe I was even able to buy a house,” she said. “I want to be able to stay there.”

I actually fucking love her more than anyone else in the world. She will look back on these quotes slightly embarrassed, for sure. But it just shows no matter who you are or what you make, you always want more money. Like, obviously she has more money and will continue to make more money than 99.9% of people. But in her little bubble she is STRUGGLING. And like, I get it. She sees what all her peers make and she wants more. Happens at every job, hers just happens to be super high profile. And she knows HBO is making bazillions off her while she makes $350k. So as stupid as her quotes sound, and they are stupid, you can sorta tell where she's coming from. Sorta.

And besides, if she actually wanted to take 6 months off work she always has a job here at Barstool Sports.