Winning the Stanley Cup is one of the hardest achievements in sports. Being the Stanley Cup winning captain is an even more rare feat, considering every team only has one and plenty of teams have won the Cup multiple times. I don't really feel like doing the research here but I wouldn't be surprised if there were only like...50 people in the history of history who are Stanley Cup winning captains. You figure guys like Maurice Richard, Jean Beliveau and Yvan Cournoyer have all won it 4 times and maybe I'm  overestimating that number of 50.

But credit to Gabriel Landeskog. He's a gentleman and allowed the Cup to wait outside of the bathroom while he ripped a piss. 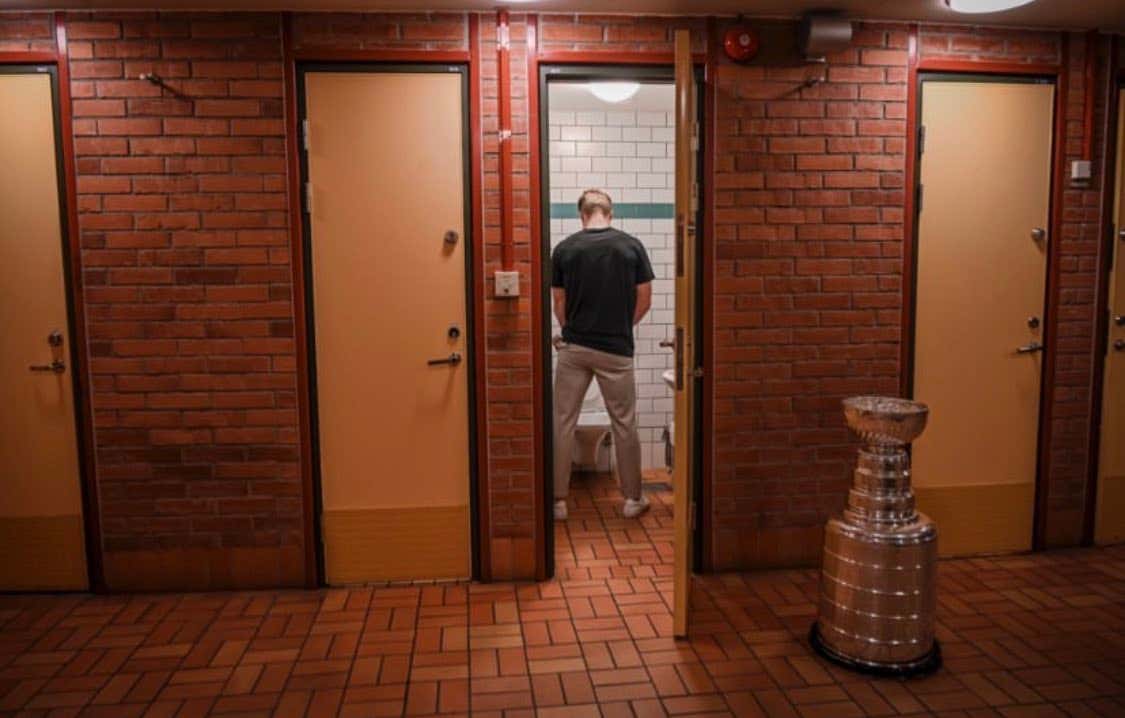 Or at least while the cameras were still lurking around. Who knows what happens behind closed doors. But at least for this moment, the door was open and Gabriel Landeskog remembered that Pee Goes In Toilet.

I'd still recommend whoever gets the Cup next to hit it with a few Lysol wipes. You can never be too careful.

Sidenote: This is somewhat totally unrelated but I've had this thought for a while and need to get it out there. "The Anthem" by Good Charlotte is so fucked up. These dudes had to have been walking around with piss droplets on their pants every time they went to the bathroom. "Shake it once that's fine, shake it twice that's okay, shake it three times you're playing with yourself again". Uhhhh hey, Good Charlotte, in what world are you able to completely dry off with just 2 shakes? You can't. But now every time an entire generation goes to the bathroom in public, they have to either risk getting piss drops on their pants or make it seem like they're cranking off at the urinal. It is ridiculous. 3 shakes is the minimum. Fuck off, Good Charlotte.