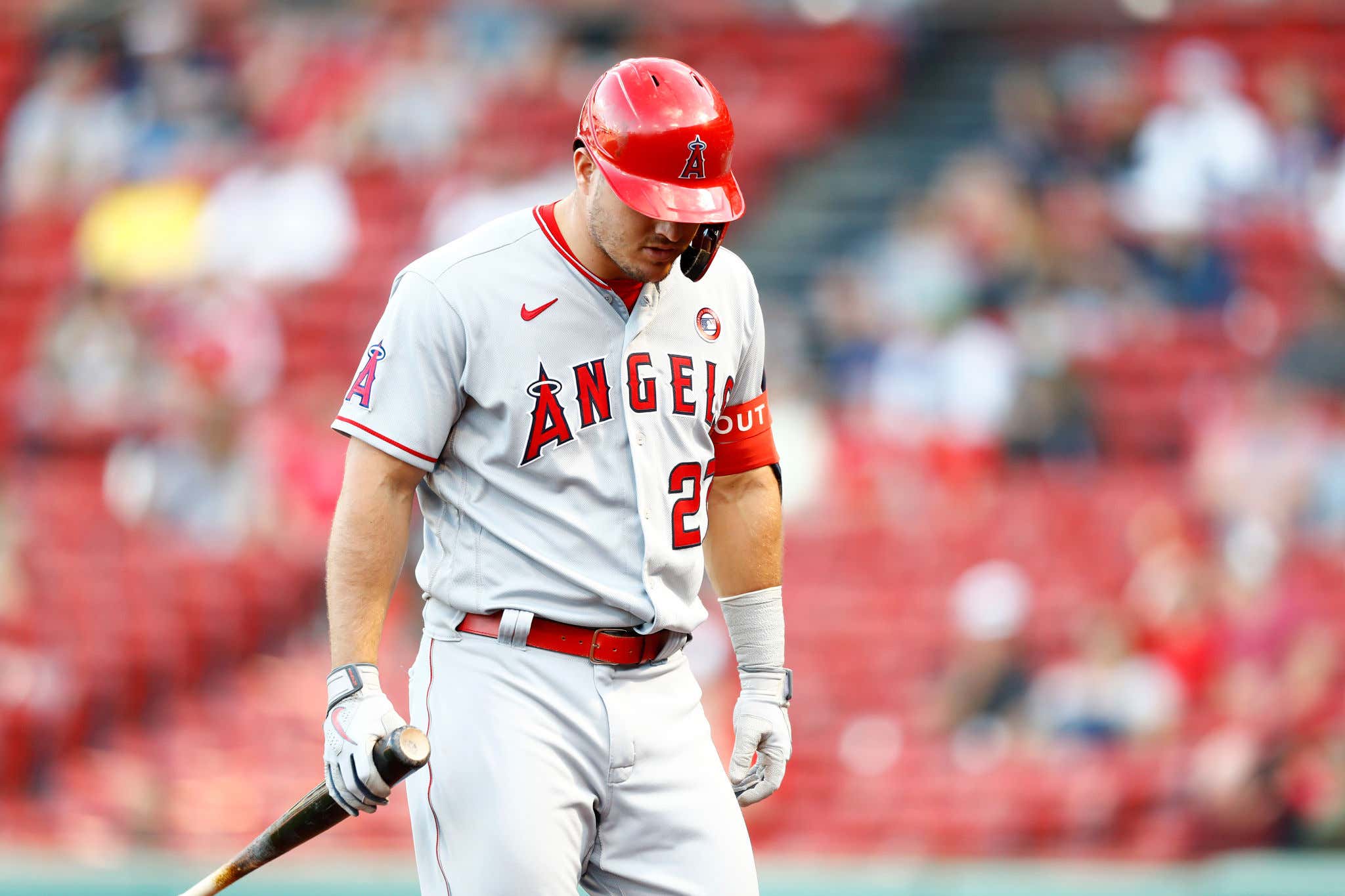 The Los Angeles Angels might be at their lowest point in franchise history.

Worse yet, I don't see an obvious pathway to success. Each time Arte Moreno and management of the Angels try to put a band-aid on something, a new and deeper wound opens up somewhere else. They've tried big budget signings like Albert Pujols, Justin Upton and Josh Hamilton and those blew up in their face. One year rentals like Matt Harvey and Julio Teherán were total disasters. The farm system has been barren for most of the last decade and when they have highly touted prospects like Jo Adell, they don't pan out. Anthony Rendon is signed for the next four seasons at over $38 million per year. New manager Phil Nevin is 14-27 since taking over.

Potentially the worst news yet came out yesterday. The Athletic reported that Mike Trout has been diagnosed with a rare back condition and head athletic trainer Mike Frosted said that he has to manage his back not just for this season "but also the rest of his career probably".

So how do you fix the Angels? I think you need to blow it all up.

Despite all the problems the Angels do have, they might have the two best players in baseball in Mike Trout and Shohei Otani. Trout is signed through 2030 and can't be traded without his permission but Ohtani is signed through next season and is very affordable. I think you not only need to trade Ohtani but also every other player on this team that has value. If Trout has an incurable back injury, no team may touch him but as for the rest of the roster, you need to strip this team down to spare parts. Go full 2011 Astros. Let's get wild. 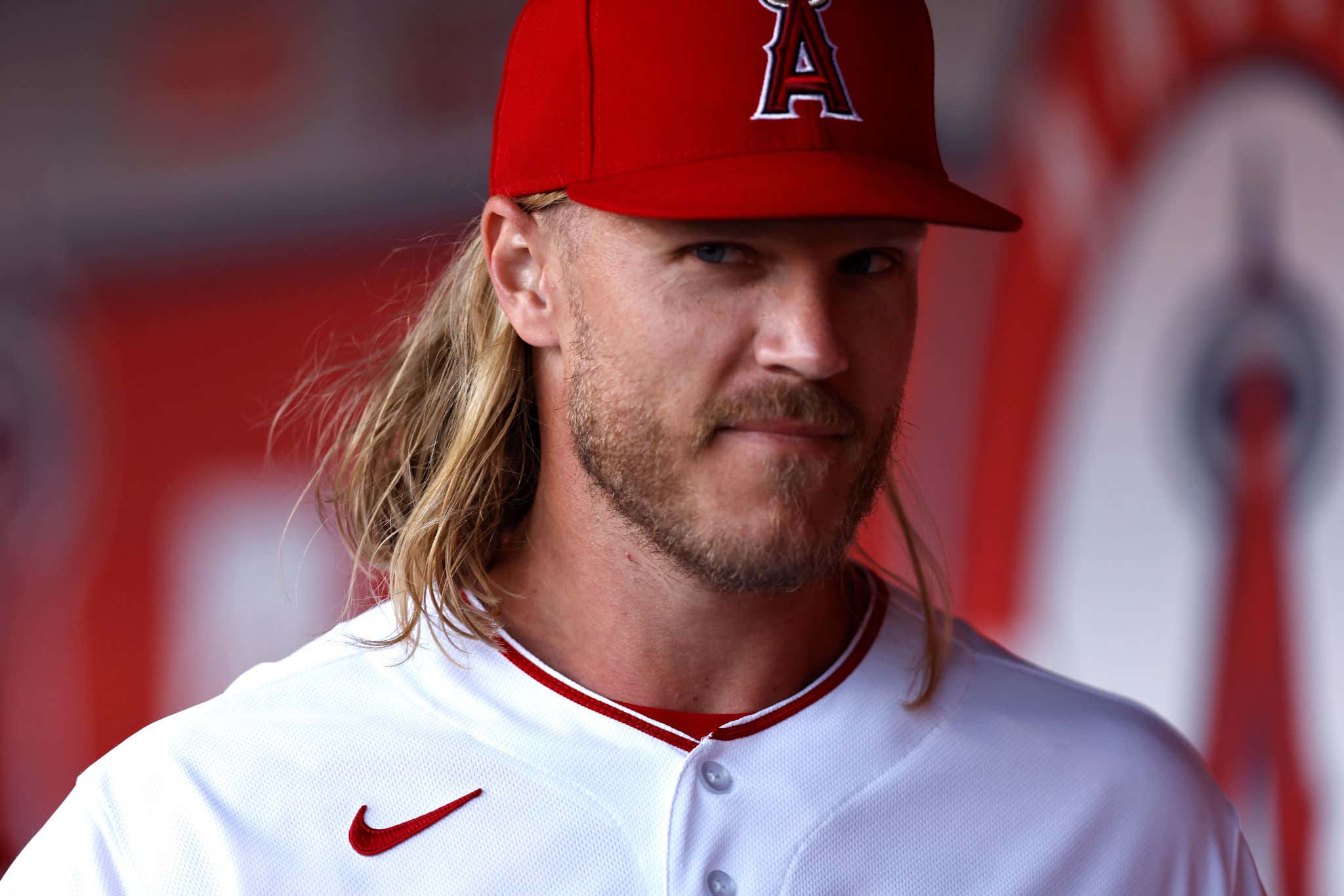 Syndergaard is pricy (still owed about $8 million for this season) and Lorenzen isn't having a great season but both are free agents at the end of the season. Syndergaard already received a qualifying offer from the Mets last year so the Angels will not be able to give him one at season's end. Both pitchers will be gone with nothing in return so move before the Tuesday trade deadline and see if you can get anything at all for them. Reports say the starting pitching market is the hottest commodity for teams looking to make a move at the deadline. Find that desperate team. 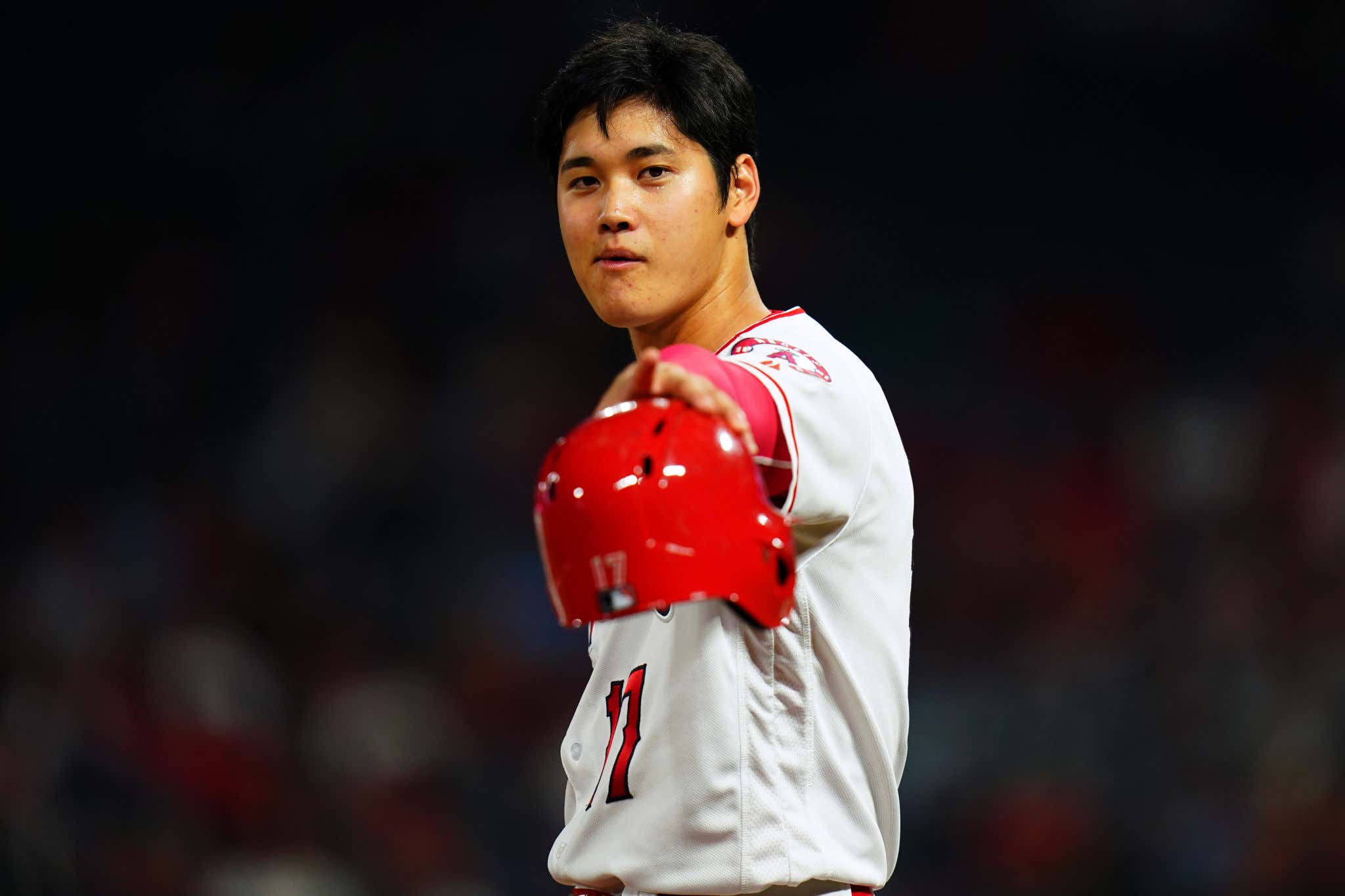 Trade Ohtani this off-season at the latest.

The Angels GM Perry Minasian has running the team since the 2020 offseason. I have no confidence in him at all but if he is still making player personnel moves this winter, trading Ohtani will be the biggest transaction of his career. The ideal return is as many top minor leaguers as possible. I'd stay away from any players who already have MLB service time. It's going to take years for the Angels to be competitive again. No elderly people should root for this team. Tell your grandparents to enjoy their 2002 memories and find another team to root for so their last days can be a little more enjoyable.

Ohtani is such a unique player and there are some contending teams with great farm systems like the Dodgers, Mariners and Rays. Would the Orioles make a splash? Would one of these teams give up four Top 100 prospects for a year and a half of Ohtani? The Angels came into the season with the 3rd worst farm system in baseball according to mlb.com. Fixing this is should be the only concern.

Get Mike Trout as healthy as possible.

The back issues are terrifying. I'm a Mets fan and watched David Wright disintegrate over the course of a couple seasons because of his back. It wasn't just that he wasn't as effective as he once was but he would miss greater and greater amounts of time. In 2015-16, he only played 75 games COMBINED. If Trout is already missing large chunks of seasons, this is really troubling. He's signed for eight more seasons.

I wouldn't have him play the rest of the 2022. Let him come into 2023 as healthy as possible and build up his trade value. He's been incredibly loyal to the Angels but let him know the team has no intention of being competitive for years. Hopefully he can agree to a trade and there is a team out there desperate enough for an elite bat to look past the back issues and take a chance on him.

I doubt it would work but my first call would be to Theo Epstein. Offer him a ton of money and piece of ownership. I'd pull out all the stops. When that doesn't work, would David Stearns leave the Brewers to go to the Angels? There are rumors he'd go to the Mets when his contract is up at the end of the season but are the Mets happy with their current GM Billy Eppler? Would Stearns leave a stable team that he built for the team with the worst future in baseball? Use the $21 million you are spending on Noah Syndergaard to build your braintrust.

Phil Nevin is not the long term answer as manager. Chances are whoever you hire now won't be the guy who will be in the dugout the next time the Angels play in the playoffs so go get a manager that is especially strong with young players. Brady Williams is the manager of the Durham Bulls and he's been very successful. He'd be one of my first calls.

Everyone else must go.

The Angels are an absolute mess but they do still have some other players that could help some teams. Taylor Ward, Patrick Sandoval and Aaron Loup all have some value and would bring back some minor league talent. Even closer Raisel Iglesias (who is owed $48 million over next three years) could be attractive to a desperate enough team trying to shore up their bullpen. 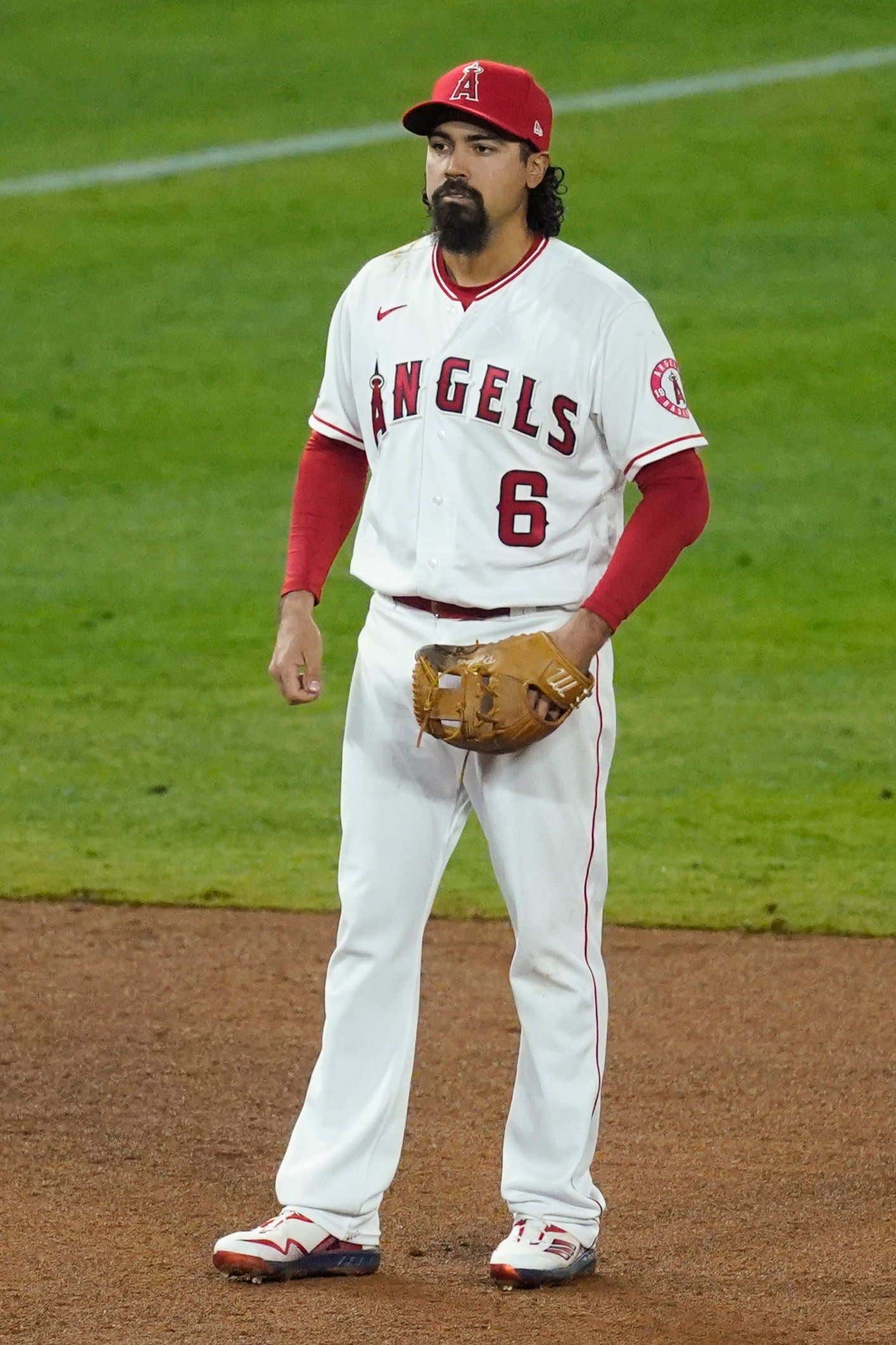 No answer here. You just ride out this contract and when it's up, just hope you're able to be competitive again so you can reallocate this money five years from now.

It's always easier to talk about a rebuild than to actually live through one. Knowing the team you love has no chance of being competitive for a few years is a bitter pill to swallow. I'm a Jets fan. I get it. But seeing an actual direction is going to be more rewarding than fooling yourself each year that if guys like Ian Kinsler can have a big season when he is 36 years old, you can just maybe sneak into the Wild Card spot.