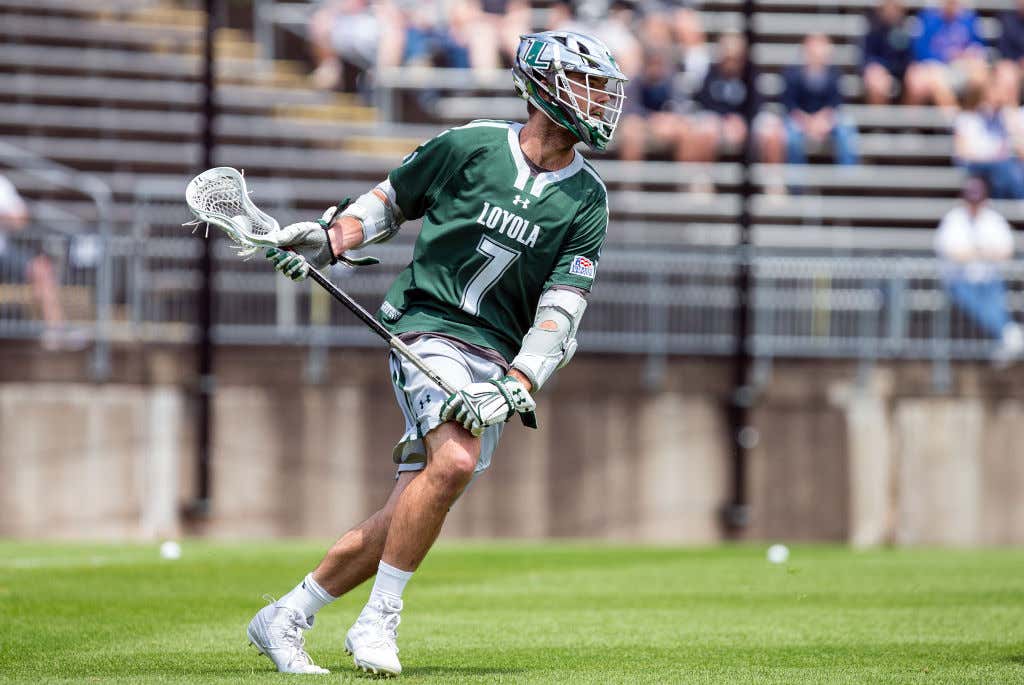 The Golden State Warriors have established themselves as one of the greatest dynasties in NBA history. Over the span of 8 seasons they have advanced to the NBA Finals 6 times and have won 4 titles.

But it's only a matter of time before those 8 seasons start to catch up to these guys. At the end of the day, Father Time always comes out on top. Who knows just how long that run of dominance is going to last. Could be tomorrow, could be years from now. The only thing you can do is make sure that you get better and give yourself a chance to keep that window open as long as possible.

So what do the Golden State Warriors go out there and do? How do they take a team that just won their 4th NBA Championship and attempt to make themselves even better? Pretty simple answer.

Bring in a lacrosse player.

But not just any lacrosse player. One of the greatest college lacrosse players of all time. The 2019 Tewaaraton Award winner. The NCAA lacrosse all time leader in career assists. Seems like someone who can get the rock to Steph Curry any time he needs to. Plus it doesn't hurt that he spent his last year of NCAA eligibility playing basketball at Northwestern, then went over to play in Europe before signing with Capital City Go-Go in the G League last year.

And now he'll end up being best pals with Steph Curry on and off the court. Just a couple of lax guys who are playing basketball for fun.

So yeah. I'd go ahead and just hammer those futures on the Warriors winning another championship this upcoming season. I can't imagine you're going to get any better odds once Pat Spencer officially suits up in Golden State.