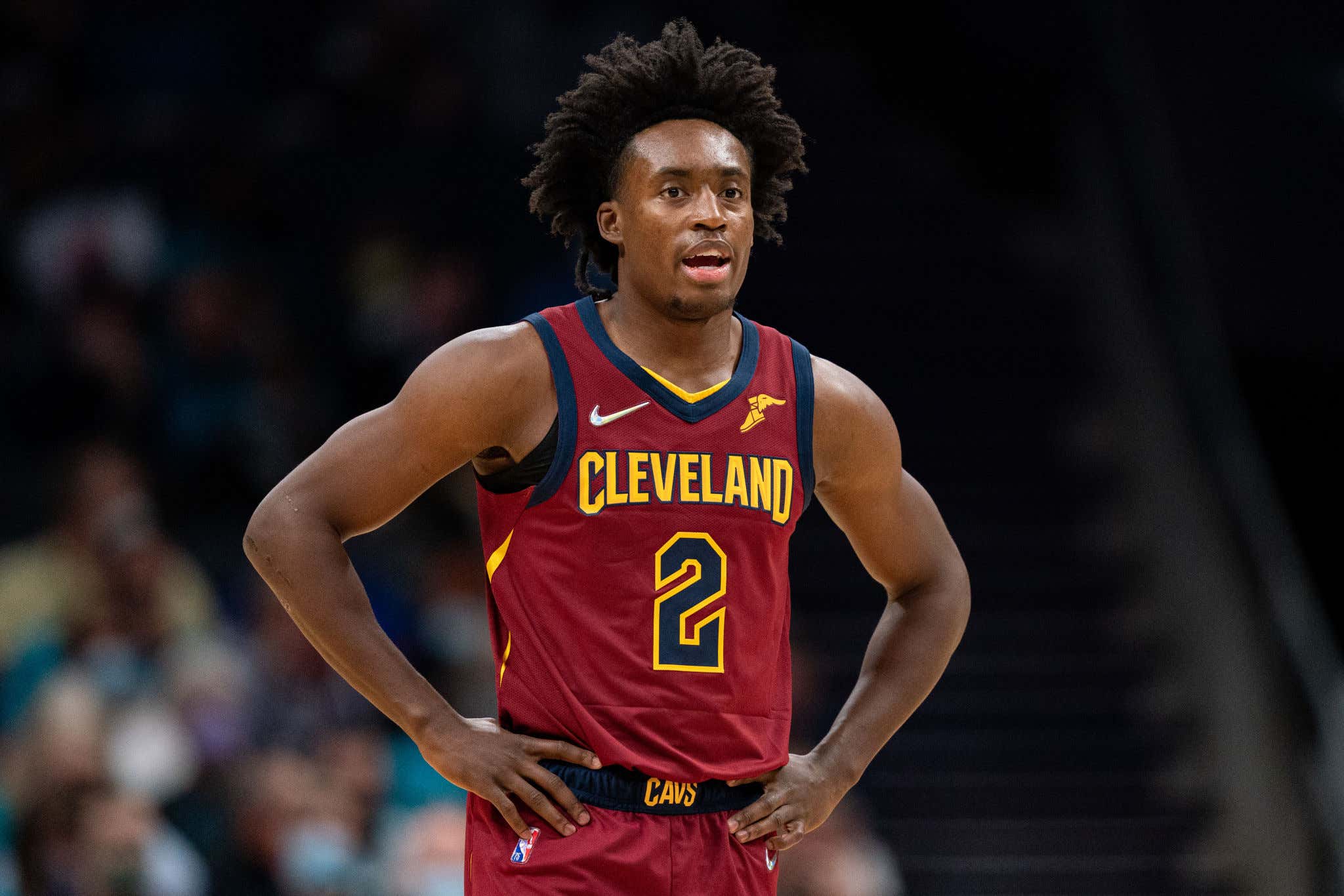 it really put into perspective how slim the pickings are at this point of the NBA offseason if you're a fan of a team that has some holes to fill. So while my initial interest in this list was Celts related in terms of a reserve big man, I honestly couldn't help but wonder about something completely non-Celts related.

What the hell is going on with Collin Sexton and the Cavs?

I don't think it's crazy to suggest he's legit the best player available right now, either in the UFA or RFA market. I know it's been a lonnnnnnng time since we've seen him play after he tore his MCL, but here's a quick reminder

Crazy that he played just 11 games last year. The Cavs really did get destroyed by the injury bug last year which kind of makes their season all that more impressive. It wasn't just Sexton, it was pretty much everyone at some point during the year. Anyways, in 2020-21 Sexton put up 24/3/4 on 47/37% splits in 60 games at age 22. He's not exactly a playmaking guard as opposed to a score first guard, but with Darius Garland taking a legit leap last year, I think that's OK. Sexton competes and plays hard as shit which is always nice to have. You would think that a young and exciting team like the Cavs who look to be on the up and up would want that piece locked up for the future right?

Apparently, there's a 3/40M offer on the table from the Cavs, which Sexton and his agent Rich Paul obviously declined. In fact, Shams just reported that they are in no mood to take a discount

Collin Sexton is in the midst of the most difficult free agency status — restricted free agency — but the fourth-year guard and his representation, Klutch Sports CEO Rich Paul, have shown so far that they won’t settle in negotiations. Discussions could go into training camp, and potentially into the season when the landscape of the league’s rosters shift.

For a player that entered the summer looking for around $20M a year, that's obviously nowhere close. That salary number of around $13.3M a year is the 30th highest paid point guard salary in the league. That's too low for a player of Sexton's caliber, even with his flaws.

Here's where things get interesting. I don't want to say always, but like 95% of the time when a player hits RFA they turn down the qualifying offer and then either get an offer sheet that a team has to match or that player leaves. With Sexton, there was no offer sheet from a team with cap space. Now that cap space is pretty much gone when you look across the league. Any chance of a sign and trade seems pretty unlikely as well

So what does this mean? Well, unless the Cavs somehow come around and up their offer, we could see Sexton actually sign his qualifying offer (7.2M) for next season. That's a 1 year deal that then makes him an UFA next summer. A quick look at how the summer of 2023 is shaping up (subject to change obviously) 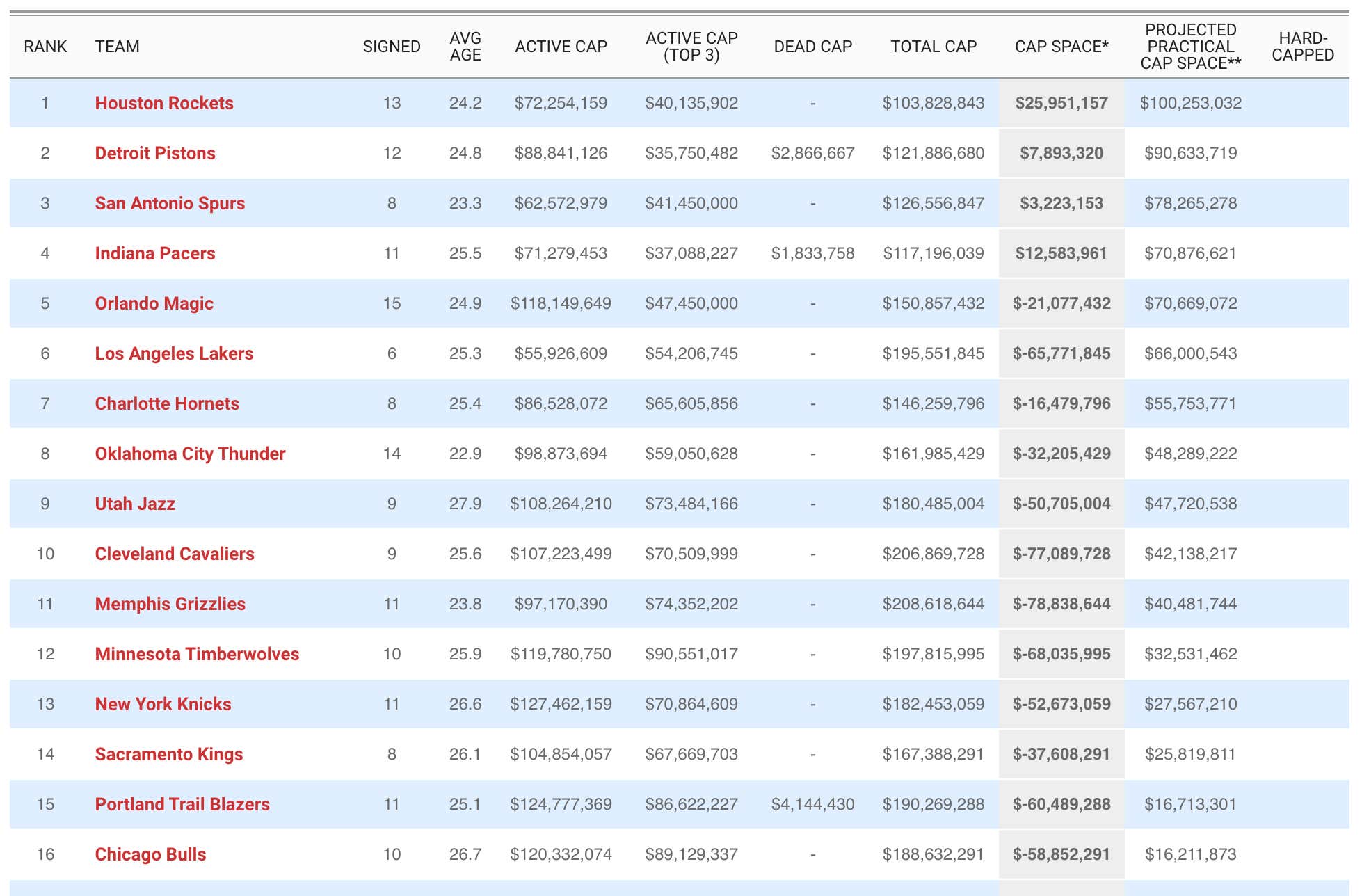 and that's a much more point guard friendly market. If Sexton has his usual season for the Cavs next year, there will obviously be suitors. You have to wonder if how CLE has dealt with his RFA will impact his decision now that he has other options and could go wherever the hell he wants. You should know, if a player accepts his qualifying offer and plays on that 1 year deal, he effectively has a no trade clause and can veto trades for that season. So, it's not even like the Cavs could flip him at the deadline or something to avoid losing that asset for nothing.

Remember, this is the same Cavs team that just re-signed Ricky Rubio to a new 3/18M deal, even as he's recovering from his ACL tear. At the same time. Caris LeVert is in the last year of his current deal and is also slated to become an UFA next summer. Same is true with Raul Neto who they brought in this summer on a 1 year deal for depth. The Cavs also locked up Garland with a 5/192M extension, so at least they know that cornerstone piece is taken care of.

The point is, this is a pretty big gamble for the Cavs if they don't somehow work out this extension. I can't remember the last time a player of Sexton's caliber actually accepted his qualifying offer. We saw Denzel Valentine do it in 2020, but he stinks. The reason Porzingis got traded to DAL in the first place was because he threatened to accept his QO and leave NYK for nothing, so they traded him early and at least got assets back.

I guess the debate is can the Cavs afford to lose Sexton for nothing? Would they be OK with that and maybe then turn to the free agent market to replace that position on their roster, especially if LeVert also leaves. Or do they just pay LeVert and then look for free agent depth? Here's the guard free agent class for 2023 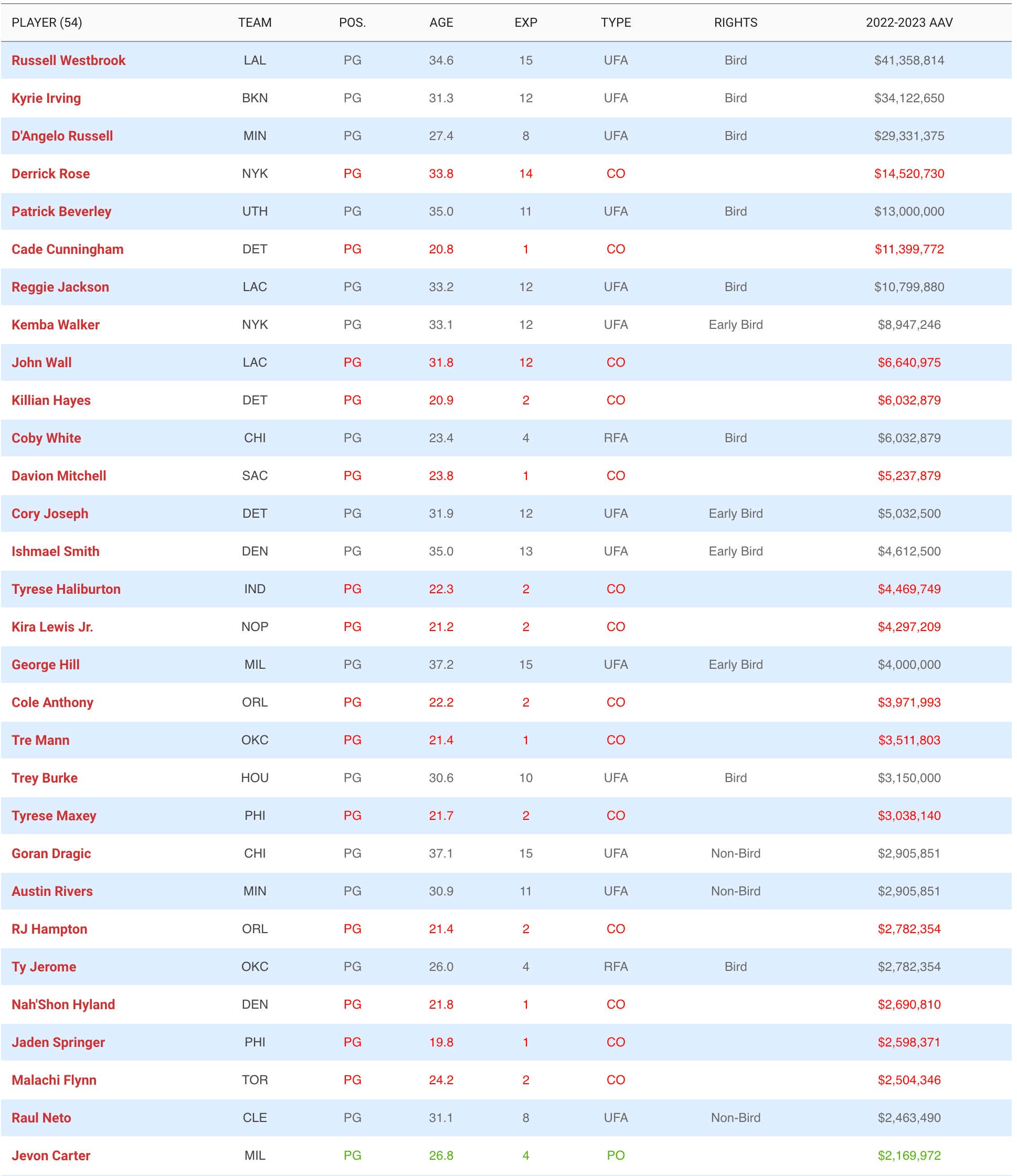 I think we can assume all those guys with club options (red) will be picked up, even Killian Hayes. Maybe DRose doesn't and there's a Cavs reunion there? Could you see Kyrie or Westbrook or DLo going to CLE? Eh, I doubt it. Maybe Pat Bev, he's that sort of combo defensive guard that a playoff team would be interested in I suppose. But do you see a young player who is going to get you 20-25 a game?

What's odd to me is it's not like Sexton had some sort of devastating knee injury. So why wasn't there a market for him in RFA, and is that why the Cavs don't feel the need to pony up? Does he have the guts to take the QO and hope he doesn't suffer another injury in what would be a contract year? How will this drama impact the Cavs season for a team that has hopes of taking a leap into the top 6 next year and has Garland talking about the ECF?

If I had to guess? The Cavs will up their offer to prevent Sexton from taking the 1 year deal, and then if they need to they can always move him at the deadline or next summer. At least that's what I would do because he's too good to simply lose for nothing. You try and get him at a discount, and once you learn you can't then you pony up. I'm not saying they need to get to the $20M number, but given what players of his caliber make, that 3/40M is pretty light.