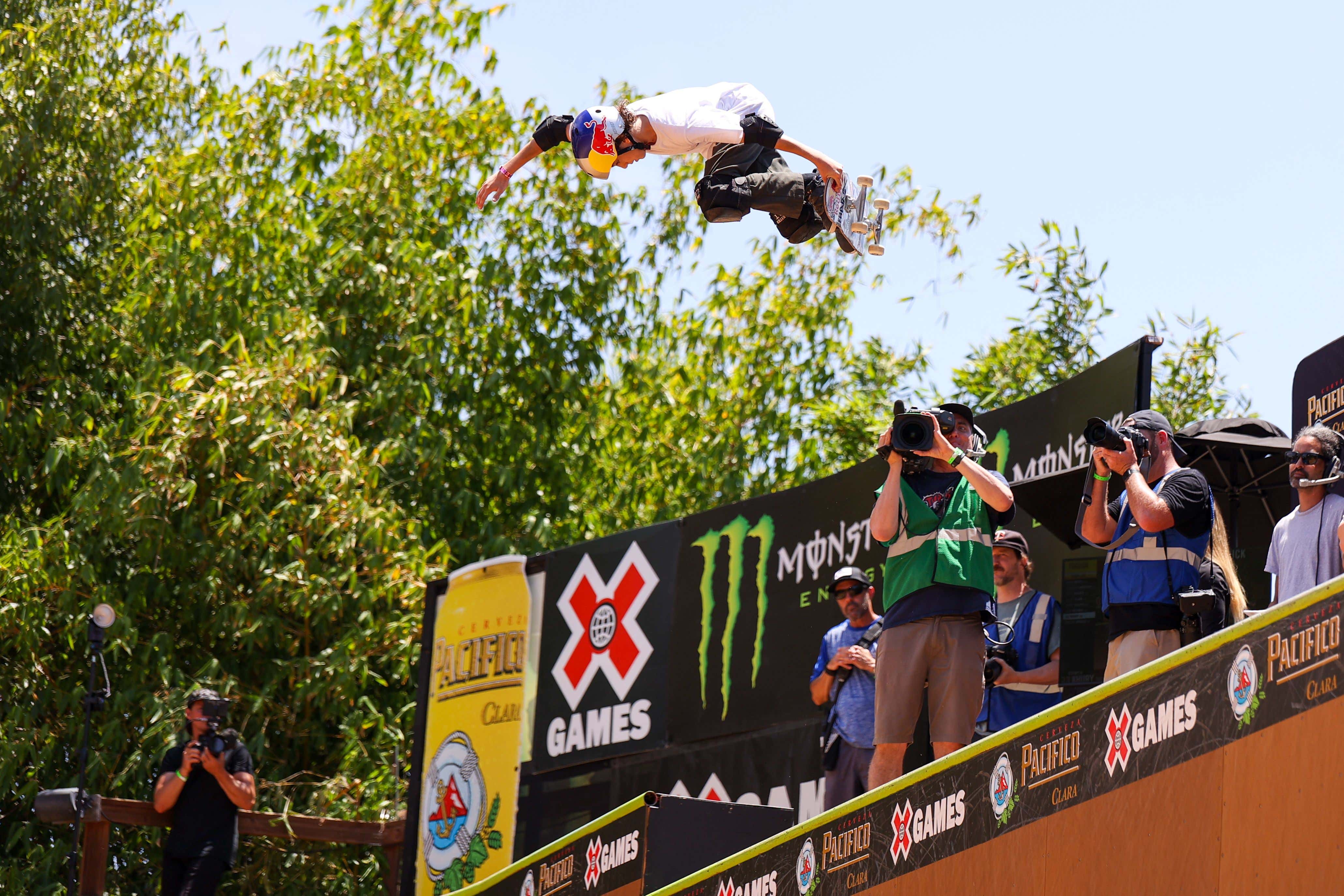 There was a time when landing a 900 was deemed impossible. A feat which no man could ever accomplish. Spinning 2 and a half rotations in the air on a skateboard and somehow miraculously landing back on the ramp while staying up? No chance. But then a guy named Tony Hawk came around and did the impossible at the 1999 X Games.

It wasn't until another 9 years later that a kid named Gui Khury was born in Brazil. Tony Hawk's Pro Skater 1 came out in 1999. Tony Hawk's Underground came out in 2003. American Wasteland in 2005. I don't know anybody who actually playing Proving Ground, but that came out in 2007. Gui Khury was born in 2008. So he's younger than pretty much all of the video games and last year he became the first skater to land a 1080 in competition to win X Games Best Trick gold.

Did it with Tony Hawk standing right there watching, too.

At this year's X Games he figured instead of just fully rotating another 180 degrees, he'd add on to the 900 by adding a body varial to the mix. Which is when the skater rotates 180 degrees but the board stays in place.

Again, at one point the 900 was a trick that only the greatest skater to ever live could accomplish. Now you have 13-year-olds out here who think that a 900 is too easy on its own so have to put a body varial in there to spice it up a bit. So here's to knowing that there are kids out there who are infinitely cooler than you've ever been and way cooler than you'll ever be. Have a great rest of your Tuesday.