“I think Mac’s done a great job. He’s worked extremely hard. He’s got a tremendous work ethic. In all areas, I think there’s a dramatic improvement. His physical work and conditioning, working on his mechanics, working on his footwork, working on his understanding of our offense, of opponent defenses, of situations. Of all those things.

“He did a great job last year, but he’s starting from a much, much higher point this year than where he started last year. So, his offseason work has been significant and I think everyone recognizes how well he prepares and how much further along he was than he was a year ago.” -- Bill Belichick, July 26, 2022

There's no need to mandate it. Or offer incentives. I don't care what form its in. Pills. Ground into a powder for me to snort. Melted down in a spoon over a candle for me to inject. I won't question the sanitary conditions, ask if it's FDA approved, care where the syringe has been, protest about my body autonomy or anything of the sort. You can even gene-splice it onto my DNA. I just want these comments in my blood stream in any way possible.

We've seen a lot of Belichick training camp press conferences. When he's been asked about a lot of specific players. And I can never recall a moment when he let down his deflector shields so much about any one guy on his active roster. Not one.

This is the sort of praise he saves for the veteran who's just announced he's retiring mid-camp, the way he did for Tedy Bruschi and Rob Ninkovich. This is the way he talked about Ernie Adams last year. Never before has he been so willing to bare his soul and extol the virtues of anyone, much less a 23 year old second year player.

But that is the Mac Jones Effect. He's so impressive that he fundamentally change the way someone conducts their business. Even induce honesty in the most guarded, reticent figure in all of sports, like a human version of Wonder Woman's lasso. And even Belichick is powerless to resist.

I mean, this is more than just the perfunctory "He's working hard, just like everyone is. Putting in the work, trying to improve every day …" that we've grown accustomed to. It's effusive praise. Almost poetic. Shakespearean, if Benedick ever tried to seduce Beatrice with soft words about her improved mechanics and footwork. These are the honest thoughts of a man who found himself trying to cobble together a post-Brady future with a hard working-but-declining quarterback, had just the guy he wanted fall to him in the draft, only to see his new QB1 win the starting job, exceed all expectations, and then totally dedicate his offseason to get better in all aspects of his game. Working his ass off to improve physically, mentally, mechanically, and take on more of a leadership role. And that is energizing an already fully committed head coach as he enters the next phase of his unprecedented career.

I know exactly what the anti-Patriots Resistance will say. That this is Belichick trying to talk us - and himself - into believing in Jones. That if he really felt confident about his franchise QB, he wouldn't feel the need to say anything. And they'll add this is just him being petty, since he never talked this way about Brady all those years. Don't engage them. They've been playing these same hits now since we had a President getting windies under the Resolute Desk and they're not going to stop now. The way they see it, they're invested in rooting against Jones, because if he should fail, it will validate everything they've said about Belichick's alleged failings.

Meanwhile, Jones is just putting in his work. Dedicating himself to maximizing his potential in every phase of his game. The way the great ones do. And cannot be taught. You're either wired that way, or you're not. Jones' boss' words are those of a man who knows he's found someone as determined to win as he is. And they'll be working together for a long, long time. 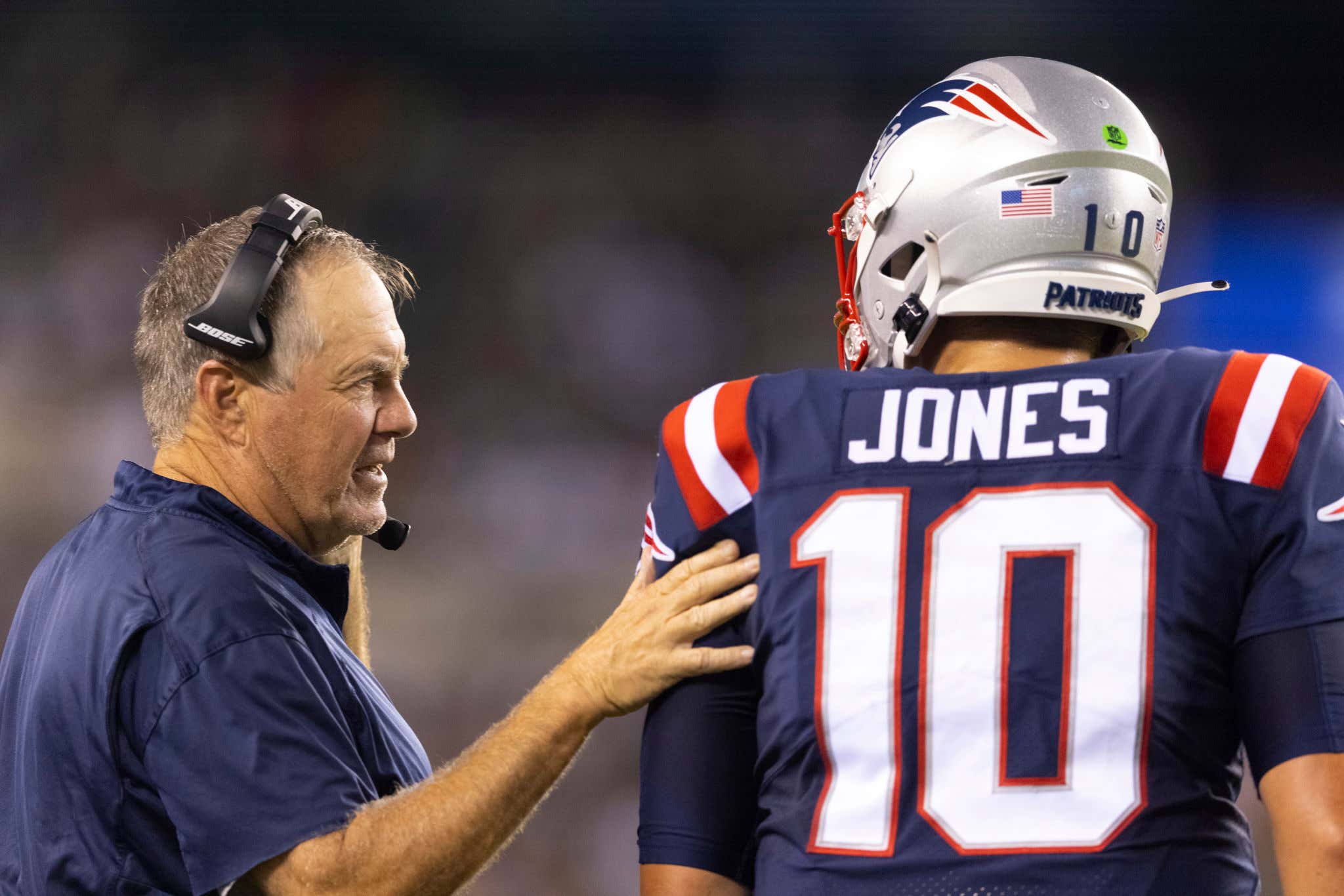