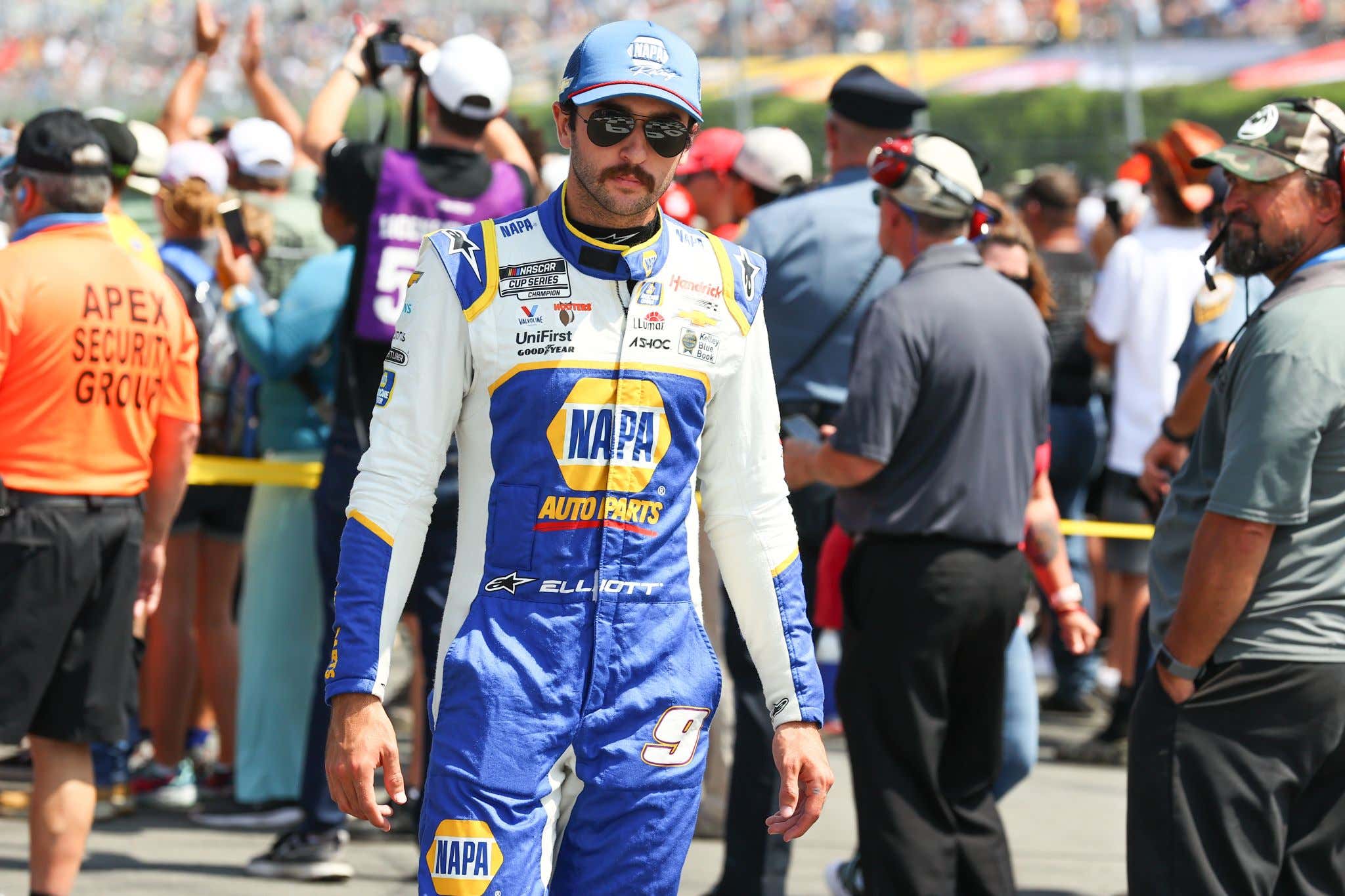 Though yesterday's NASCAR Cup Series race at Pocono was the only we'll see this year, it certainly didn't disappoint.

The race finished Denny Hamlin-Kyle Busch-Chase Elliott. In that order. It was an awesome race where we got to see Ty Gibbs Cup Series debut, and the long awaited Denny Hamlin revenge on Ross Chastain:

I was hoping Kyle would be able to run down Denny at the end there, cashing my H2H matchup. But unfortunately for Barstool Sportsbook Spider Backers, Denny was able to get to the line first.

I tuned into Barstool's Most Dangerous Gameshow thinking that was that but hours later I saw this tweet and immediately thought this was fake:

Chase Elliott was awarded the win despite finishing third and NASCAR fans went crazy. Apparently the two Gibbs cars couldn't pass post race inspection due to an intentional illegal modification on the front bumper of both the 11 and 18. Here's how NASCAR explained it:

Denny Hamlin, who gave the flag to his daughter after "winning" was quick to respond to the news:

And Ross Chastain, who Denny took out of the race earlier, was able to get the last laugh as he finishes ahead of Hamlin:

It's been over 60 years since the last first place finisher was DQ'd and another driver was awarded the win:

But if they did indeed try to get an edge here I love and respect the move from Gibbs, and Kyle especially. Would've been awesome to see the M&M's 18 car win at the M&Ms Fan Appreciation 400 as Kyle continues his efforts in finding sponsorship for next season.

Only Chase Elliott can win a race without leading a single lap.