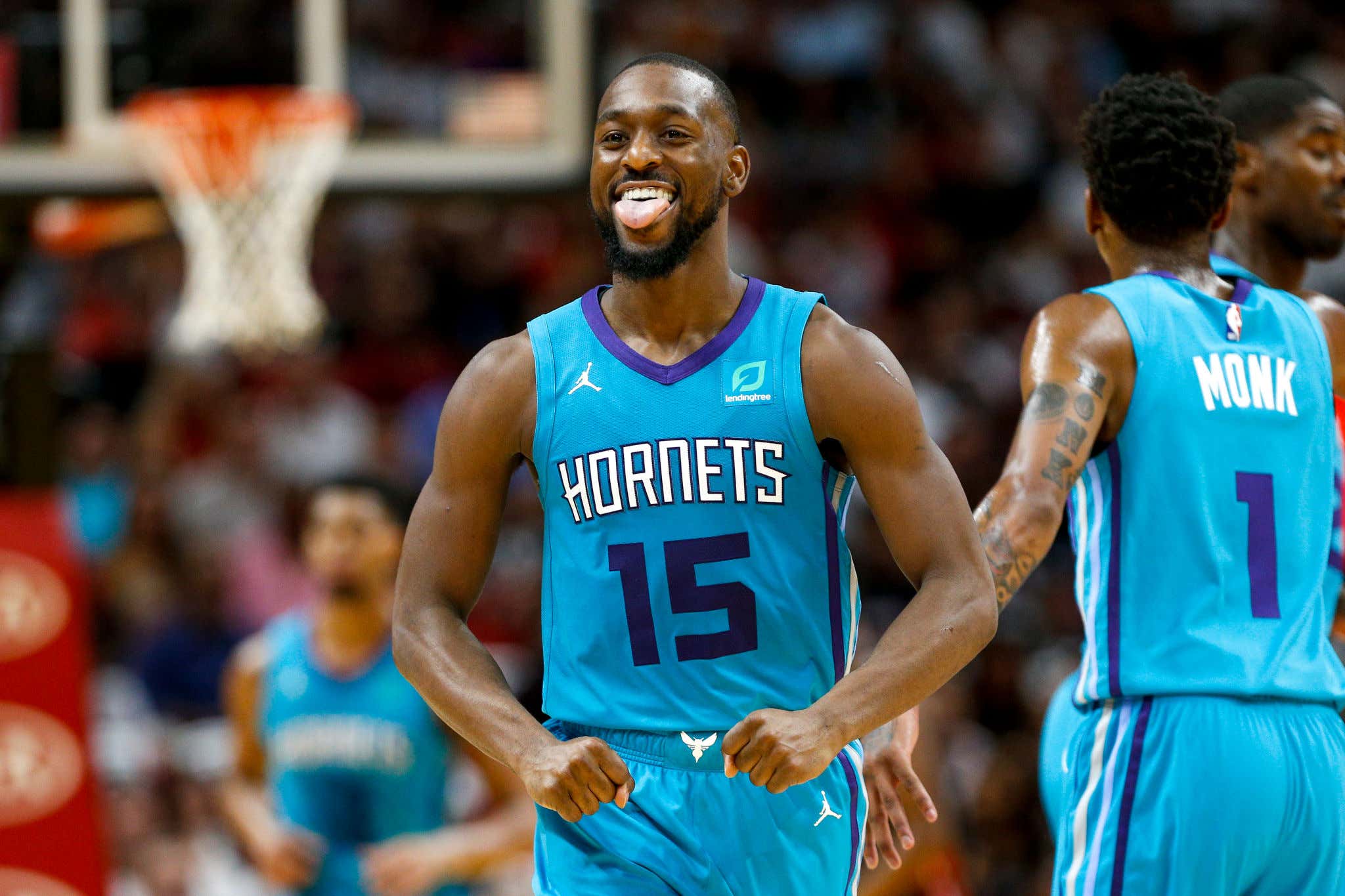 Finally, some Shams news I can get behind! To be honest I could use the temporary break from the Jaylen Brown fiasco to instead focus on a couple former Celts and two guys I will always root for in Kemba and Isaiah. First, let's relive those days because they were fun as shit

Since those days both players have had what I would call a pretty unfortunate NBA career, mostly limited by injury. I guess that's the risk you take with undersized guards in today's NBA. Kemba who two years ago was an All Star is now getting bought out by teams left and right, and Isaiah has been a journeyman ever since Danny Ainge sent him to the Cavs for Kyrie. For two players who were so exciting at the height of their powers, it sucks to see. Especially because as far as I can tell they are awesome people, and those are the guys you want to see succeed. Like I said, I'll always root for these two guys, I don't care what team they play for. Shit, I rooted for Isaiah as a Laker for crying out loud.

When it comes to the Hornets, I could understand why they'd be interested in some point guard depth. Obviously, LaMelo and Rozier make up the starting backcourt, but after that? Things get a little dicey. It's really only James Bouknight and Cody Martin (I guess) as the reserve guards. I think there's something to be said to have Kemba back with the franchise, even if it's just for mentorship and some good PR. He's a walking God in that city

And while neither guy really fits the defensive need of this roster, I kind of want this team to fully embrace becoming the Celtics South. Guys like Terry, Hayward, Isaiah, and Kemba are like three different Celtics eras all mixed into one. The nostalgia alone will be enough for me to watch that team on a nightly basis.

I wouldn't exactly call either of these guys needle movers at this point in their careers in a sense that it's not as if adding either guy suddenly makes the Hornets a lock for the top 6 in the conference or anything. But I can't imagine either will cost all that much to bring in so it's honestly a win/win for everyone involved. For all we know Kemba will be rejuvenated being back in his old stoming grounds. Remember, he didn't exactly want to leave CHA in the first place, MJ just wouldn't pay him the max that Ainge felt he had to do after losing Kyrie to the Nets. He also hasn't played in forever so maybe his knees are back to being somewhat normal, and considering this would be a reserve guard role maybe there's something there.

If I had to guess I would bet the Hornets go Kemba over Isaiah simply because of the history. They need to sell tickets right now and need all the PR help they can get, and Kemba is basically the most beloved Hornet ever. Add in their positional need and this feels like it's only a matter of time and I wish them all nothing but success. The league is better when Kemba and Isaiah are healthy and getting buckets.

I say roll the dice, it certainly can't hurt.