Blog Wheel is here again. Another week of doing the same thing for an enormous salary.

There weren't nearly as many bad ideas this week. Good job guys. It appears my threat to block people for bad ideas is working. Nobody wants to miss out on my daily -900 gambling tweet. That is nobody except for Twitter user Jaden Lewandowski (@TheBigLew21). Last week Jaden submitted the topic, "Why I don't deserve a job at Barstool". I didn't care for that idea. I spend a majority of my time thinking about that already. Then this week, Jaden blessed us with another gem.

First off, I don't think eating faces is a side effect of ketamine. I'm pretty sure he is confusing ketamine with bath salts. So the answer is no amount of ketamine would make me eat Caroline's face. I would overdose and die before I felt the urge to eat face. Apparently my temporary block wasn't enough motivation for Jaden to not waste my time with this nonsense. Maybe he'll get the message after a second block. 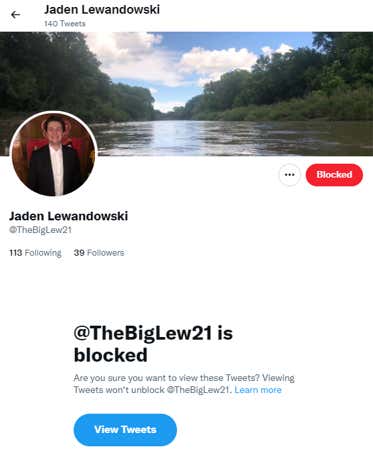 On a different note. I still owe whoever bought my poop pillow from the Yak Auction a blog. I said whoever won the auction would get to pick a blog topic. Still haven't heard from anyone. I will write about literally anything. Even if it ruins my career.

Here is the spin for this week:

It didn't go horribly wrong, I just forgot the sound. That was my attempt at click bait. It didn't work. I'm getting less and less likes on my tweets the longer I'm at Barstool, so I will be resorting to cheap tricks very soon. 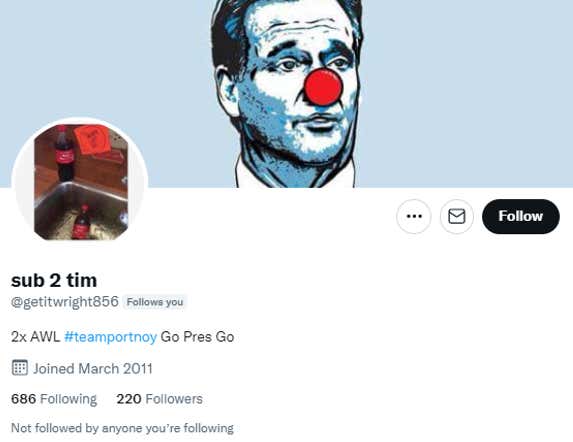 First and foremost, I am not exaggerating when I say that I believe any person who plays the lottery at the front counter of a gas station while there are people in line behind them should be executed. At minimum I should be allowed to wallop them on their way out of the store. Why do we allow people to do this? It takes so god damn long every time. To be honest, I'm not even sure what they're doing. It looks like they're just buying scratch-offs, but instead of scratching the tickets, they have the gas station professional scan the barcode to see if they won. Then if they do win, they just keep buying more tickets with their winnings and continue doing so until they're out of money. Is that what they're doing? I'm truly not sure. I just know whenever I am in line behind one of these detriments to society, I huff and puff and stomp my feet and throw my hands in the air like a child to let everyone know how displeased I am with what is happening. By the time I get to the counter, I am usually embarrassed by my behavior.

Watching people spend a lot of money on stacks of lottery tickets is actually one of the sadder things I see on a regular basis. It's never someone who looks like they're doing well financially. No well dressed individual has ever purchased one. The classiest person you will ever catch buying a lottery ticket is a nurse in full scrubs on his (or her) way to the hospital. I do like the idea of buying a lottery ticket on the way to work as a last ditch effort to not have to go in. If you hit a quick $1 mil in the morning, you can quit your job. Tell the Manager of Nurses to kick rocks. You could take years off of work if you would like.

The only time I buy lottery tickets is at Christmas. Usually I buy them last minute because I forget to do my Christmas shopping.

At some places you can buy fake lottery tickets. When I was a child, my aunt bought a fake lottery ticket for my cousins boyfriend and put it in his Christmas stocking. He totally fell for it. He scratched off the ticket and it said he won $500k. He immediately started crying and talking about how he can finally afford to buy the engagement ring that my cousin deserved, and how he can finally quit his second job that he hates so much. Then they broke the news to him that it was fake, and he started crying for a different reason. It was a tough scene. You shouldn't play that trick on anyone unless you really don't like them.

By far and away the best scratch-offs are the crossword puzzle ones. They take a while to complete, so you actually feel like you're playing a game. They also rig them so that after you've scratched off half the letters, you are just 1 letter away from winning a ton of money. You always get to a point where you still have 10 letters to scratch off, and all you need is an S to complete 6 words. The last 10 scratches are very suspenseful. Ultimately you will end up disappointed, but that's the case with all lottery tickets. Might as well have fun while you scratch.

Ranking the worst ways to spend your lottery winnings

1. Charity - Winning the lottery is not a "give money to charity" situation. You are the charity, and the state is giving you money. Do not give any of your winnings to the Bill & Melinda Gates Foundation. Paying it forward is cringey. If you truly feel the urge to give part of your winnings to someone in need, I've always been a big proponent of giving money to random homeless people on the street. Give them the ok to spend it all on hookers. That way you get the instant gratification of seeing how happy you made them. You don't have to wonder what the charity is using your money for. If you give it to a real charity, you'll probably get nothing more than a thank you letter. Maybe you'll catch an invite to a charity dinner or something. Best case scenario you get your name engraved into a brick. Bill & Melinda will never learn your name. As soon as your check clears they will forget all about you.

2. Giving $100k to each of your friends - At some point in your life, I'm sure you've told your friends something along the lines of "Dude if I hit the lottery, I'm giving you all $100k". That is not a binding contract. You do not have to do it. You're rich now, you don't need your friends anymore. I basically dumped all my friends when I got a contract at Barstool, and I don't even make 7 figures yet. I can't imagine how many people I would cut out of my life if I won serious money.

3. Investing in the stock market - The stock market has been on a steady incline for the last century. That is bound to end any time now. Water always finds its level. Once you win, you should become liquid as fast as possible and stash the money somewhere safe. Either under your bed or buried in your backyard.

4. Golf clubs + golf coach + golf course membership -  You're probably going to quit your job, so you might be thinking that this is the perfect time to take up golf. It's not. No matter your age, you are always too old to become a good golfer. You're just going to disappoint yourself. Instead, dive deeper into whatever vices you currently have. You can afford all the drugs you want. If your drug habit gets out of hand, then you can pay to go to a luxury rehab. Luxury rehabs are the most magical places in the world.

5. A new home - You're a multi-millionaire now. There is no reason you should stay in one city for more than a month at a time. There is a whole world out there to explore. Go visit every country in the world. Once you've been to every country, and have figured out which one is best, then maybe you can buy a house there. The housing market is shit right now anyways.

Ranking the correct ways to spend your lottery winnings

1. By doing a Brewster's Millions - I have never actually seen the movie Brewster's Millions, but as I understand it, the rule is that someone gets a huge sum of money, then they have to spend it within a certain amount of time or else they lose it. Don't be cheap. Nobody likes a cheapskate. You can't take your money with you when you die. Do a Brewster's Millions. The Mega Millions is currently at $810 million. I think 1 week is a reasonable amount of time to complete one. Go crazy at designer stores. Buy a full wardrobe of long outfits from Raf Simons.

The most expensive Richard Mille watch is currently selling for $7.3 million. Buy 10 of those. You can also purchase a Rolls-Royce Boat Tail for $28 million. I'm sure there are other cars that cost about that much. Just go nuts and buy whatever the fuck you want for the first 6 days, then on your last day buy as many Rolls-Royce Boat Tail's as you need to spend the remainder of your money. Just make sure you don't give any of them to your friends and family. You can never have too many personal Rolls-Royce Boat Tails

2. Money Fire - Picture this. You turned your lottery winnings into $500 million in cold hard cash. Invite everyone you know over for the party of the year. Spend an insane amount of money on a venue, drinks, entertainment, ice sculptures, etc. About halfway through the party, you come driving out in dump truck full of money. Everyone starts to cheer. People are going crazy. They think you're about to give away cash. Then, you dump all of the cash into the center of the lawn (you'll need a lawn). Next, a helicopter comes buzzing super low right over top of the party and douses the pile of cash with gasoline. People start to get scared. They can smell the gas. You couldn't possibly be lighting your money on fire could you? Fuck yes you are. You hop out of the dump truck wearing the longest custom outfit Raf Simons would make for you personally. You light a single match and toss it on the pile of money. It goes up in flames. It's a money fire the likes of which nobody has ever seen. Everyone is furious. People are crying. Men and women are diving into the flames to try and salvage what little money they can before it all turns to ash. A group of people start coming towards you. They're going to beat your ass. But before anyone can get to you, the helicopter swoops back around and drops you a ladder. You hop on the ladder, give everyone at the party a stiff middle finger, and fly away into the night