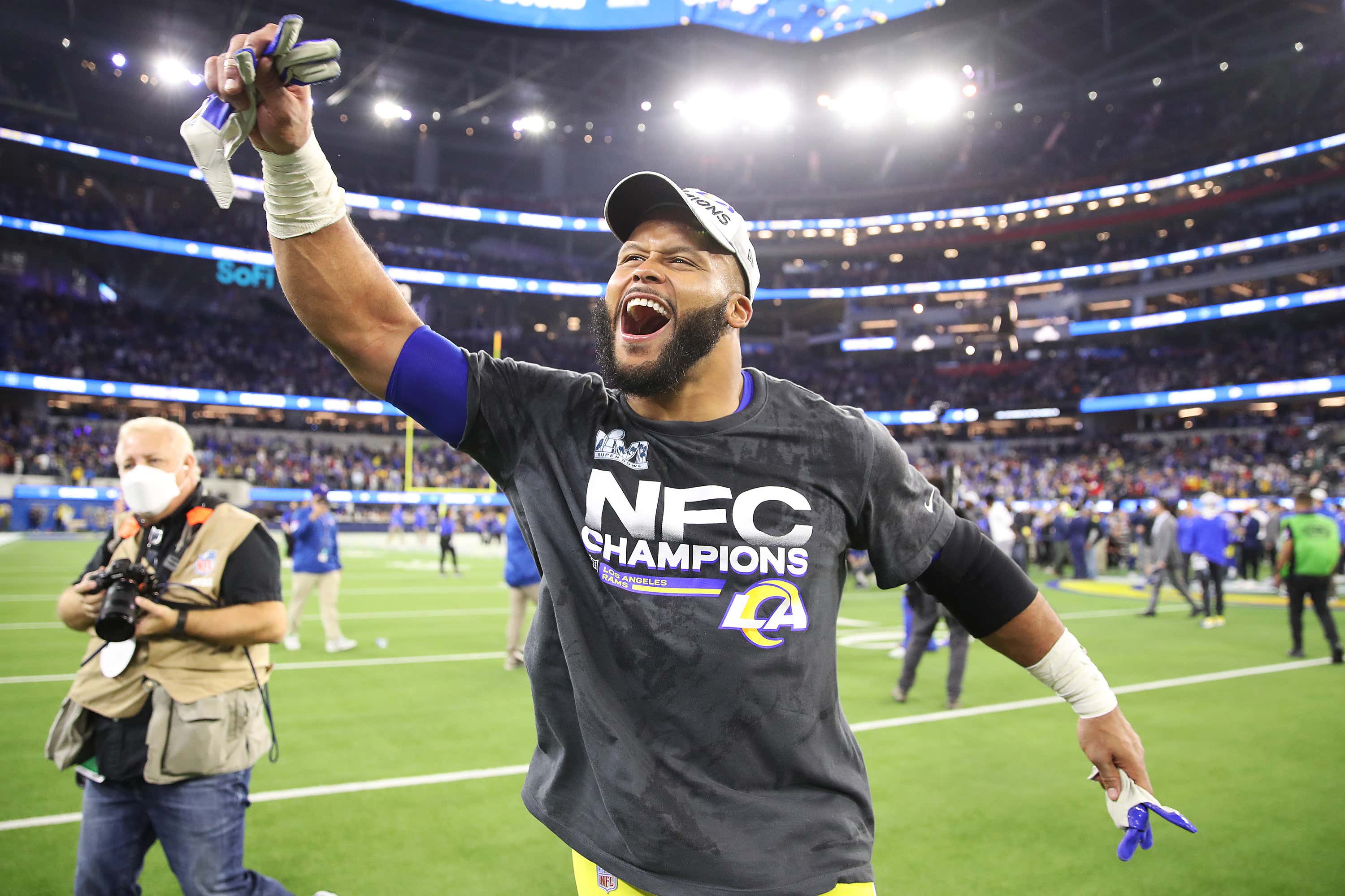 We're ranking each positional group of the Top 100 NFL Players of 2022 blog, and today we dive into Defensive Tackles. We've already went through:

Here's where I see the Defensive Tackles stacking up this year:

He's started every single game the past four seasons and gamewrecker on the interior. He can anchor their line against the run while also providing good pressure from the inside.

This man is just a force of nature. He's 6'4" 347 lbs. and he typically destroys the first blocker and make plays. It literally doesn't matter if the guy across from him is a 1st Team All-Pro, they're going to hit the deck.

Kenny Clark is an outstanding interior rusher and collapses pockets with ease it seems. But he's also stout against the run. The 2x Pro Bowler is only 26 years old with his arrow firmly pointed up.

Cam Heyward is 33 years old but he was a late bloomer. He didn't make a Pro Bowl in his first six years despite being a 1st Round Draft pick, but he's made five straight since then. He's coming off a 10.0 sack, 15 TFL season that also included a whopping 9 passes defensed! In what some people would deem a rebuild, I'm looking for Heyward to continue to ascend in 2022.

Buckner has not disappointed since coming over from San Francisco via trade. In 2021 he had 7.0 sacks and 10 TFLs and brings a nastiness to the Colts front that they'd been missing prior to his arrival.

The former 1st Rounder has really come into his own of late. He's got a combination of freakish strength and good technique which earned him his first trip to the Pro Bowl this year. His 9.0 sacks and 16 QB knockdowns were both career highs. He is the anchor of a very talented front four in Washington.

When Patrick Mahomes new contract came out, it was revealed that he took less so the team could sign Jones, who was also due for a new deal. That was a great decision as Jones is an elite player at his position. A position which changed last year with him playing some Defensive End. But wherever you stuck him, he would be sure to make plays as he finished with 9.0 sacks and made his third straight Pro Bowl.

This man is a menace. Titans GM Jon Robinson took a gamble on drafting an injured player in Round 1 in 2020, but it has really paid off with Simmons. An absolute force against the run while also registering a career high 8.5 sacks in 2021 netted him his first of likely many Pro Bowl appearances.

He didn't win Defensive Player of the Year again, but I think he'll take his other trophy. Donald was a terror in the Super Bowl with 2.0 sacks and made the game clinching play on this 4th down with Cincinnati driving down to try and win it.

He's so good both against the run and pass that he's actually unguardable and regularly sees 2-3 people responsible for blocking him on a single play. Yet he still finished with 12.5 sacks and 10 QB Knockdowns last year.

He was always known as a game wrecker and someone that could singlehandedly collapse an Offense, but now he will forever be remembered as being a Champion. Aaron Donald is my #1 Defensive Tackle and my #1 overall player in the NFL.