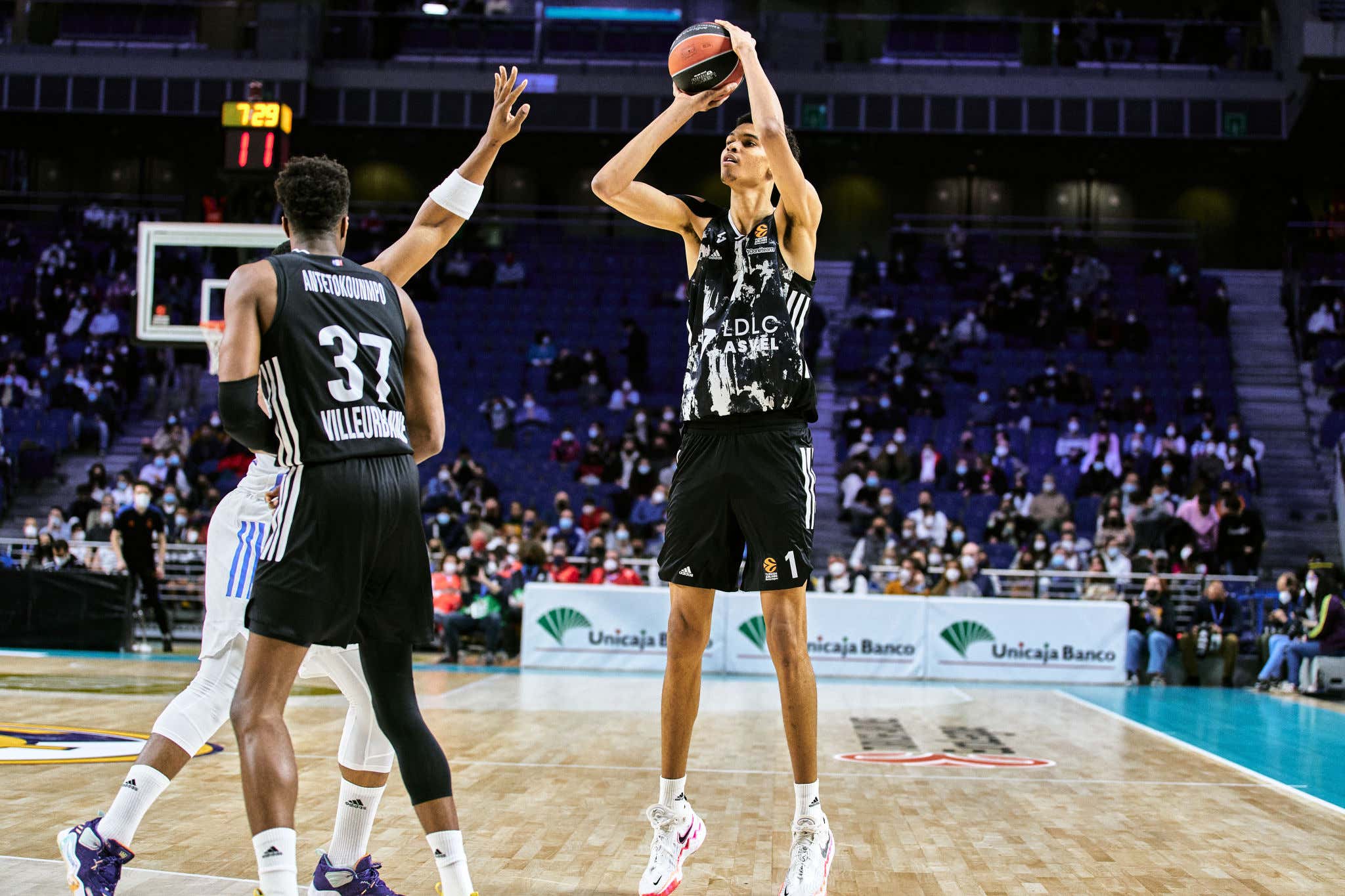 Every few years we hear about an up and coming generational prospect. Someone that if your favorite team is able to land could legitimately change the course of the franchise. It's why tanking exists and will always exist for the rest of time. The NBA can do their best to try and kill it by flattening lottery odds all they want, that doesn't do shit. Plenty of teams have decided to tank even after the NBA made those percentage changes. The Spurs and Jazz just this summer have decided to smash the rebuild button and embrace the tank. Why?

By now you've probably seen the highlights, but I would like to show you one 6 second clip that came across my timeline this morning that pretty much shows the exact reason why there will probably be 4-6 teams actively tanking this season just for the chance to win the Wembanyama lottery

Uh, what the hell is that? I'll tell you what that is. That's a taller Kevin Durant. OK, maybe I'm getting ahead of myself and am a prisoner of the moment, but that's the first thing my brain said after watching those 6 seconds. Look at how fluid that is! That has the movement of like a 6'6 wing, not a 7'3 basketball unicorn. I don't really care about the level of competition or anything I'm sure people might say to discredit what we're watching. That move at that size is not fucking normal. To think this is the worst he'll ever be is legit terrifying. I'm not totally convinced that front offices are going to see that clip and then immediately change their plans for the 2022-23 season. There's a reason Wembanyama is talked about as a generational prospect

Last time I checked Mike Schmitz knows what the hell he's talking about to the point where the Blazers just hired him to work in their front office. He's not alone in this line of thinking, at this point it's pretty much the general consensus in regards to next summer's draft. Can you imagine this dude on a team like OKC? Especially if Chet also turns out to be legit? If I'm one of the 4-6 teams that are on the tanking bubble, there's no way I do anything that could possibly win me basketball games. Shut everyone down the second a losing streak starts. If someone starts to play well, you trade his ass at the deadline to ensure you don't win too many games. Sure there's a chance this dude flames out in the NBA, but the upside is too insane to ignore. Especially for a rebuilding franchise.

All I know is I've seen enough. That 6 second clip was all I needed, but if you need a little more convincing I'd be happy to provide it