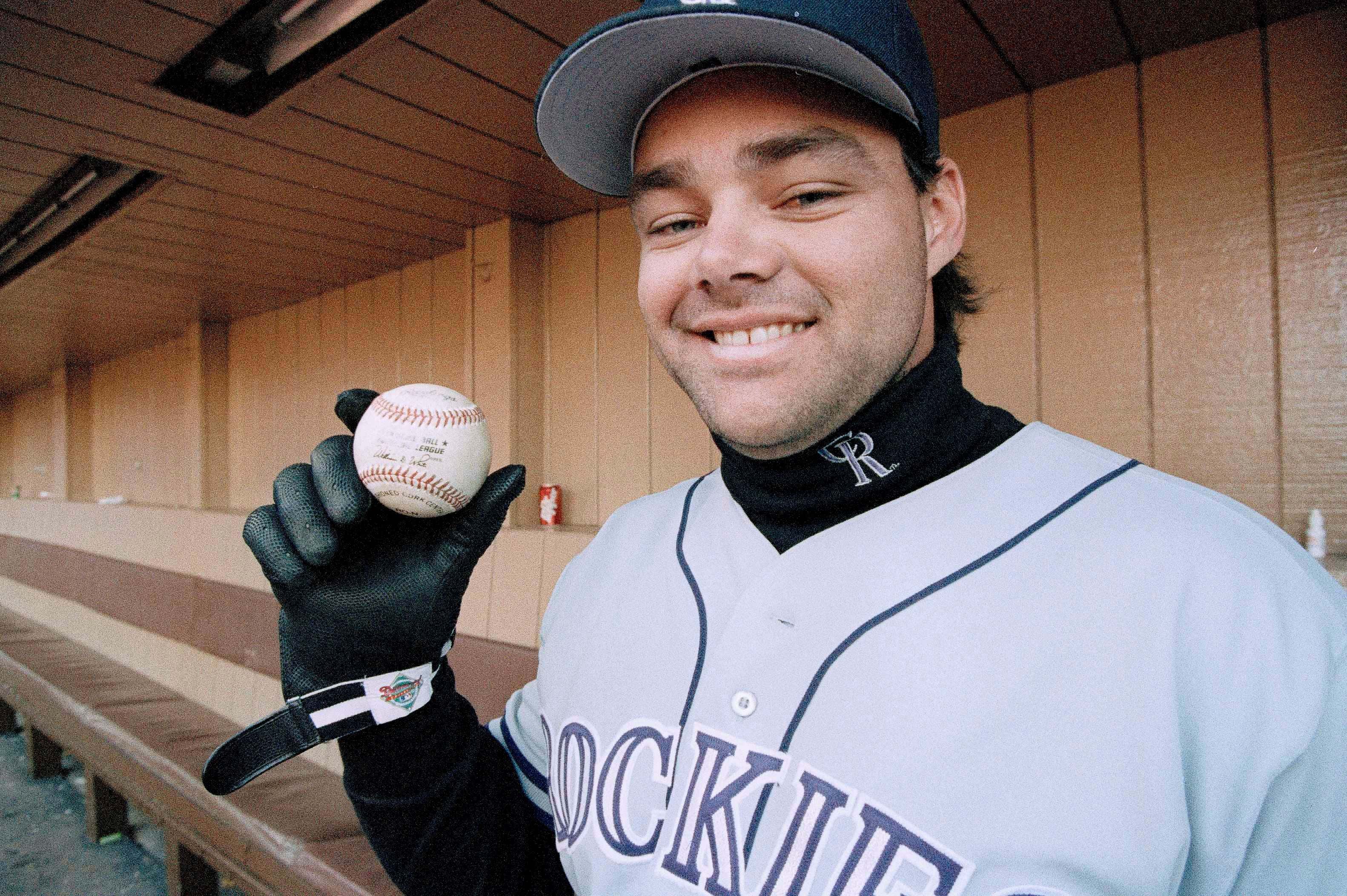 Last night's All-Star game wasn't the most action packed game but I really enjoyed how FOX had the players mic'd up and it made otherwise boring later innings more interesting. One of the most likable players we heard from was Yankees catcher Jose Trevino.

But him being at the All-Star Game at all got me thinking. Until this season, he's been a lifetime backup catcher and I wondered if he will have the worst career of everyone there. But it's unfair to compare players now because some players like Julio Rodriguez are still rookies. To really compare careers of All-Stars, you need to to go back a decade where every player is retired.

Here are the worst All-Stars by career WAR for each All-Star Game of the 1990's. I understand WAR is not a perfect stat but it is the best single stat we can use that give us the fullest picture possible.

This is the year before the Braves started their incredible stretch of dominating the National League. Olson was the only representative for Atlanta that year. A big reason Olson had such a low career WAR was he got a very late start. He was a 29 year old rookie in 1990 because he spent most of his 20's stuck in AAA with the Mets behind Gary Carter and Barry Lyons.

Olson was still the Braves starting catcher in 1991 and caught every playoff game they played that year but in 1992, he broke his leg and then eventually lost his starting job to Javy López.

Felix Jose was a hitter that was pretty good at everything but not great at anything.  He was an above average contact hitter, could for a little bit of power and was pretty fast. He was at his best with the Cardinals and put together a couple nice seasons for them. He was always a lousy outfielder though.

Similar to Olson, he was trapped in the minors by a very good team. In Jose's case it was the A's of the late 80's who had an abundance of outfielders so Jose wasn't a major league regular until he was 26 when he wound up with the Cardinals. After being traded by the Cardinals for Gregg Jefferies, Jose took a step back with the Royals and was released in early 1995. He would finish his career bouncing around between the Korean, Dominican and Mexican leagues while also getting cups of coffee with the Yankees and Diamondbacks.

He even played on the Nashua Pride, a team I interned with and was a decent guy to people that worked there. Most players there were but former Red Sox reliever Kerry Lacy did ruin my co-worker's couch when he passed out late one night with a mouth full of chewing tobacco.

The 1992 Dodgers were awful and lost 99 games when superstars Darryl Strawberry and Eric Davis got hurt and young guys like Pedro Martinez and Mike Piazza weren't ready to contribute yet. So, Sharperson was the Dodgers representative that year despite spending much of the season out of the starting lineup.

By 1996, Sharperson was in AAA in Las Vegas for the Padres and having a very nice season. He likely would have gotten a late season call up but was killed in a car accident in August of that year while missing a turn on the highway in the rain. He was only 34.

Mo Vaughn. Roger Clemens. Frank Viola. Andre Dawson. These are all players that were passed over for Scott Cooper when they chose who would be the Red Sox representative for the All-Star Game that season. Mo didn't get picked despite a great season because John Olerud, Cecil Fielder and Frank Thomas all deserved it more. Roger Clemens had his first bad season that year. Viola and Dawson were past their primes.

Cooper was a decent player in 1993 and while being incredibly boring, you could make a case for him. Cooper actually got chosen as an All-Star again in 1994 and that decision was far worse. By then, Mo Vaughn was a superstar and Clemens was 2nd in the AL in ERA that season.

Hudek was a 27 year old rookie closer for the Astros in 1994 and finished in second in Rookie of the Year that season (Raul Mondesi won). Because of the strike that season, he only threw 39 innings that season. He wound up getting hurt the next season and is probably most notable for Astros fans (and annoyed Mets fans) as being traded for Carl Everett before the 1998 season. Hudek would be out of the major leagues after 1999.

I was really confused how Green was chosen when I first looked at this. The Phillies already had player representatives in Lenny Dykstra, Mickey Morandini, Heathcliff Slocumb and Darren Daulton so this wasn't a Scott Cooper situation. But when I looked at the splits, it all made sense.

Green was a rookie in 1995 and after the disastrous end of that season, he wound up needing major shoulder surgery in Spring Training in 1996. He wound up starting 41 more games for the Phillies but didn't pitch in the majors again after 1998.

I don't have a problem with this one at all. In early 1996, Henry Rodriguez was a sensation in Montreal. Expos fans would throw Oh Henry! candy bars on the field when he'd hit home runs. Similar to Tyler Green, he had a huge first half (25 home runs!) so this pick makes total sense if you consider when he was selected.

Rodriguez had a nice career and had 143 home runs from 1996-2000. I don't think WAR gives him enough credit because they really hate his defense and everyone was hitting home runs during that time period.

Similar situation to what we've seen already with a few guys on this list. Womack was trapped in the minor leagues (Jay Bell was blocking him in Pittsburgh) and this was his rookie season. The difference for Womack (and why he was chosen for the All-Star Game) was that he was a great base stealer. Womack had 60 steals in 1997 and led the National League in stolen bases each season from 1997-99.

Womack later was the starting second baseman on the 2001 World Champion Diamondbacks and had the double before Luis Gonzales had the series-winning hit in Game 7. He had over 1300 hits in a 13 year career that was one of the best of the guys on this list.

I don't know if a stat hates any player more than WAR hates Dante Bichette. Bichette was a 4-time All-Star with the Rockies in the 90's with 274 career home runs and gets almost no credit from WAR.  Obviously, he was helped enormously by playing in Denver but he still had a nice season offensively in 2000 playing for the Reds and Red Sox as a 36 year old.

A huge issue for Bichette was his atrocious defense. He was especially exposed with the large outfield in Coors Field. As much as I loathe the DH, guys like Bichette would have been much better served if he could have been one for his whole career.

Coomer seemed to be the ideal guy to play on a lousy team. He was the regular third baseman for the Twins from 1996-2000 which was a stretch where they lost 92 or more games four times. But he seemed to be someone who was well liked in the clubhouse and when they got a better player at third base in Corey Koskie, Coomer went to the Cubs.

Who will be the guy on this list from the 2022 team? I know I mentioned Jose Trevino already but he already has a career WAR of 2.9 which is higher than some people on this list. Don't sleep on Joe Mantiply (1.1), Paul Blackburn (1.8) or Jorge Lopez (0.4).