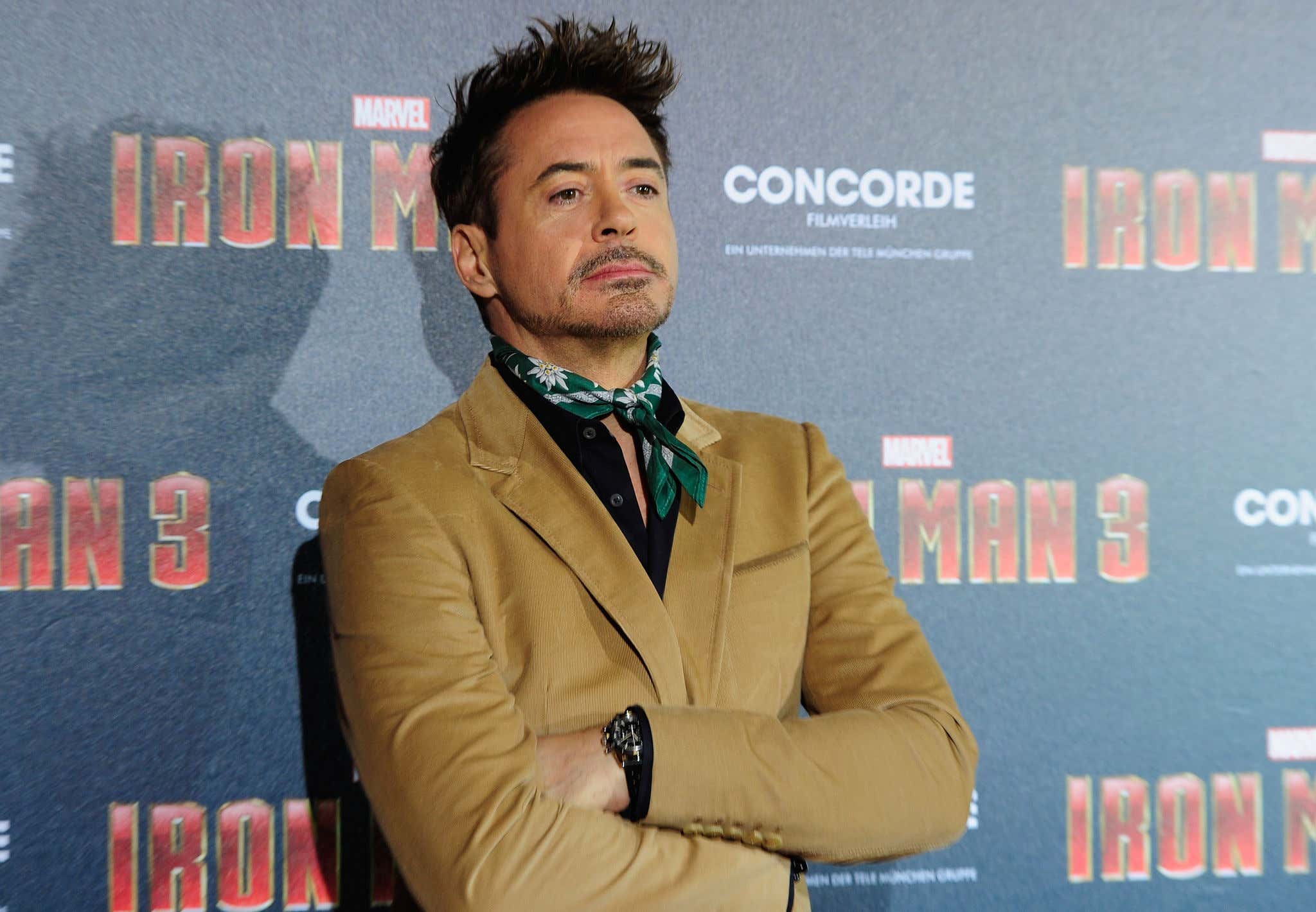 I won't quibble with Heath Ledger's Joker in The Dark Knight being atop the list. That's basically a gimme. Otherwise I take serious issue with some of these rankings and instead of listing out the whole 50, go read it at the above hyperlinked publication. I'm gonna dive in right away because I need to back up my takes with enough context. No offense to any of the actors who I say are too low. I'm focusing on thesps who I thought got pretty slighted and in most cases had better material/larger roles to work with.

Andrew Garfield in 48th for Spider-Man: No Way Home

The public performance Andrew Garfield had to put on in an attempt to convince people he wasn't in this legendary movie is almost worth factoring in here, because fuck if that wasn't Oscar-worthy on its own. Oh well. Garfield settled for an actual Academy Award nomination for tick, tick…BOOM!

On a more serious note. This man got the short end of the stick and suffered from too many cooks in Sony's creative kitchen during his initial run as Peter Parker/Spider-Man. Returning to the role almost a decade later was always going to be a risk. It could've easily been too distracting, not have resonated with wider audiences who didn't like the Amazing Spider-Man duology and/or felt like it'd be a cheap, gratuitous cameo for fan service's sake.

Credit to the writers for giving Garfield and Tobey Maguire substantial, fleshed-out supporting roles. As great as Tom Holland was carrying this mega blockbuster (he ranks 14th on Variety's list), I feel like Garfield stole the show. He's just flat-out one of the best actors of his generation. The "youth pastor" line and the scene where he saves Zendaya's MJ stand out in a pitch-perfect turn. Garfield really stands out in the pre-climactic battle banter with the other two Peters with some side-splitting lines and meta quips.

When you have Garfield at 48th and Zachary Levi's Shazam just behind him, not to mention the likes of Zazie Beetz in Deadpool 2, and an animated Spidey in Shameik Moore's Miles Morales from Into The Spider-verse…IDK something just doesn't add up there.

Talk all the shit you want about Zack Snyder. I maintain that the Ultimate Edition of BvS is excellent. I will die on that hill and please I challenge you to come after me. Ben Affleck's broken, nihilistic Batman/Bruce Wayne crumbles under the weight of 20 years fighting crime in Gotham and the high-casualty duel between Superman and General Zod. Oscar-winning writer Chris Terrio gives Jeremy Irons' Alfred a delicious monologue that's not so subtly commenting on drone policy and unilateral, unchecked militaristic action. Alfred states at the end of the speech that such a situation creates blowback and, in Bruce's case, "turns good men cruel."

Literal petitions were signed in protest when Batfleck was originally cast. The messy, 30-minutes-less cut that released in theaters cut out key plot elements, context and character development, yet Affleck received almost unanimous praise as the best part of the movie. Thankfully, Warner Bros. learned their lesson and let Matt Reeves run wild with his three-hour epic, The Batman, earlier this year. Oh trust me. We'll get to that one in due time.

Affleck sells an incredible arc where he decides, in the end, to honor Superman in death. Also, the fight choreography in that famous warehouse scene where this older, brawler of a Batman beats the fuck out of a bunch of Lex Luthor's criminal thugs puts any Christopher Nolan-directed Batman close-quarters combat scene to complete and utter shame.

Beyond all that Batman stuff, Affleck's Bruce has two of the best dialogue exchanges the character has ever had on film. First is his thematically-laced exchange with Clark Kent at Luthor's fundraiser, and then later with Gal Gadot's Diana Prince, where he's in full sleazy/charming playboy mode. It's wildly underrated.

So Variety, you're telling me that this radically different, well-executed and exceptionally-acted take on Batman is inferior to a Harley Quinn in Birds of Prey whose, um, defining character trait is an obsession with bacon, egg and cheese sandwiches? OK. Batfleck was not served justice here whatsoever. He deserves to be higher than 40th — and way ahead of Robbie's Quinn, who was way better served in James Gunn's The Suicide Squad and should've cracked the top 50 with that outing.

Willem Dafoe in 26th for Spider-Man

According to the man himself, Dafoe's peers thought he was kinda crazy for being in a comic book movie at the time he signed on as Norman Osborn/Green Goblin. Mind you, this was released in 2002, so superhero movies weren't the near-guaranteed box office hits they are nowadays. Dafoe was breaking new ground. So much was riding on Spider-Man, and a hero is only as good as his villain, right? Not like anyone was doubting that an actor of Dafoe's caliber would deliver the goods, but I feel like he brought some of his more experimental, bigger acting choices from The Wooster Group and somehow made it translate seamlessly into an outstanding on-camera piece of work.

Dafoe's Osborn is so unpredictable from moment to moment, and can turn from humorous to downright terrifying on a dime. In a lesser actor's hands, that Green Goblin mask could've torpedoed the entire movie. That Dafoe managed to be so intimidating even as almost his entire face was covered with it is an achievement that I don't think can be celebrated or appreciated enough.

A mirror exercise is a pretty widely-deployed drama school device where you're learning to be present, increase your focus and truly be aware of your scene partner. In Spider-Man, Dafoe pulls this off WITH HIMSELF while matching up continuity-wise and doing a dance to hide the camera in all these shots. It's a highlight-reel scene — one of many for his stupendous dual role.

I respect the hell out of Gal Gadot as Wonder Woman and how pivotal that film was in the larger superhero canon, but you absolutely cannot tell me Gadot's turn as the titular Amazonian warrior is superior to RDJ's Marvel Cinematic Universe-launching Iron Man debut.

Production was total and utter chaos. The script wasn't completed before shooting started. Downey was improvising a majority of his dialogue and was basically on a "one-strike-and-your-career-is-over" policy due to his myriad substance abuse issues in the past. Iron Man was not an A-list Marvel hero by any means.

It feels impossible to separate how much of a game-changer Iron Man was. It's even more impressive when you consider RDJ was pretty much winging it, flying by the pure inspiration of his creative genius to craft Tony Stark into an instant pop culture icon in collaboration with director Jon Favreau and four other screenwriters.

The fact that RDJ's Tony isn't at least in the top five is NUTS to me. Speaking of improv lines, does it get any better than this?

The charisma of this Selina Kyle/Catwoman is undeniable. That behind-the-scenes footage that proves Pfeiffer actually nailed the trip of whipping off all of those mannequins' heads in a row is GOATed. If such a thing sounds weird, it's because it is, and it's because Tim Burton went full Tim Burton with this sequel, which changed the course of Batman on film forever (pun intended, IYKYK).

Pfeiffer's Catwoman is a commanding presence and holds up well overall to this day. She matches the tone and vision Burton was going for in a Gotham that mixes Gothic elements with the theatrical and campiness with gory darkness. It's a wonder the movie manages to juggle and balance all that as well as it does, so I'm not totally bashing on Batman Returns, to be clear.

Now that all that's established, putting this Catwoman second on the list seems like a reach. Hugh Jackman's Wolverine in Logan and Ryan Reynolds in Deadpool checked in at Nos. 7 and 8 respectively. I thought both were better. Hell, Joaquin Phoenix won a Best Actor Oscar for Joker and he was only fifth!!

I still think Michelle Pfeiffer's Catwoman belongs somewhere near the top 10 or at least top 15. Ninth would be apropos for that "nine lives" kitty cliche she leans into.

Paul Dano's Riddler lurks in the background for much of The Batman and Variety gives him the 30th spot. Robert Pattinson carried a fucking three-hour Batman movie, wearing that heavy-ass armored suit almost the entire runtime, doing lengthy dialogue scenes in full-on detective mode, and gave us, again, far superior fights to the uber-close-up, shaky cam, quick-cutting hot trash Christian Bale and Christopher Nolan put forth in the Dark Knight trilogy (with the exception of Ledger's Joker actually getting punched in the face during that interrogation scene in The Dark Knight).

I loved how this Year 2 Batman didn't have it figured out how to delineate so distinctly between Bruce Wayne and Batman. It gives so much fertile ground to develop the character of Bruce Wayne in the coming films. Leaning into the "World's Greatest Detective" aspect of the comics was a great move, too. The fact we spend so much of this movie with Bruce as Batman was a bold choice but a genius idea for a fresh take.

I feature the opening scene above because it gives you everything. That noir, hardboiled voiceover, a dark, dreary atmosphere of a decaying Gotham, and…dare I say…the greatest superhero entrance of all-time. I could watch that shit on loop. Allow me to explain.

Pattinson and Reeves have described this Batman as almost in a shamanic state when he enters a crime scene to investigate. You see the groundwork for that here in his first fight with this street gang who are in the middle of carrying out a hate crime. He's putting himself in a similar trance before he lays a beatdown on these face-painted clowns. Whereas most of the time we see Batman use the element of surprise to pounce from the shadows, this more youthful Caped Crusader takes his time, sizes up his opponents, stokes fear in them and taunts them by letting them know he's coming and they soon fuck around and find out that there's nothing they can do about it.

The Batman is a fantastic piece of cinema, driven by an auteur in Reeves who's taken complete creative control — or as much as you can these days. None of it works as well without Pattinson assuredly anchoring it all. Amid all the bullshit about his alleged lackluster workout routine, he still delivered arguably the best Batman yet in his first crack at the role, all the while dealing with the craziness of the COVID-19 pandemic that happened not long after production was underway.

Give Battinson his flowers. He's here to stay and he's going to be the definitive Batman before he's finished.

And they did so with the next guy on here…

Twitter me @MattFitz_gerald and tell me what you think of my top 25 (Variety's rank in parentheses):