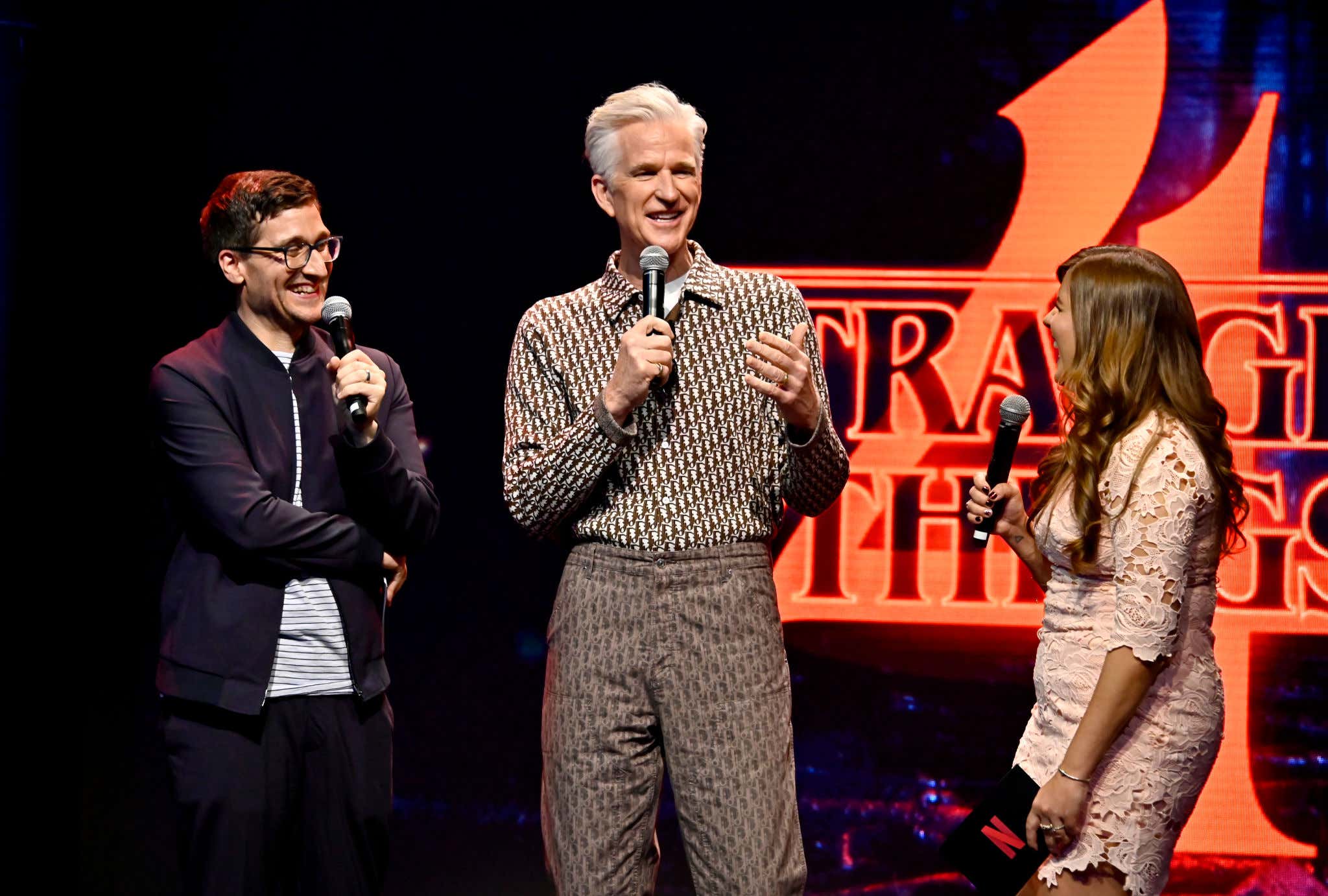 "Brenner’s death seemed pretty conclusive to me, but I’ve learned not to assume anything about Stranger Things. Would you say he’s dead?"

"No, I wouldn't. Because I wouldn't want him to be dead. Three things are curious to me: How did he survive the Demogorgon? How did he survive One? And when Eleven tries to use her power against Dr. Brenner after blowing three guards in the air, he unflinchingly thwarts her and says, 'You didn't think it was going to be that easy, did you?' She couldn't get it to work on him. Is there something more to Brenner than meets the eye? […] I don't want to believe it's over, because I love the Duffers. I don’t want to believe it’s over, because I can’t wait to work with Millie again. I say Millie, because I don't really have anything to do with the other cast members — except for Paul Reiser.

All of us Stranger Things nerds love to hate Dr. Brenner. His creepy detachment when he tortures all these children is unnerving. Dude is like the cold, calculated, and way less animated version of JK Simmons' iconic Terence Fletcher from Whiplash. There's a quiet menace, a subtle sinister quality to Matthew Modine's performance. But if you saw this dude on the street — or saw him go through his perfunctory morning routine at the top of Stranger Things 4 — you'd never know he was, as Eleven labels him during her Nina Project trials, a monster.

I mean damn, Matthew Modine. I remember hearing Ethan Hawke once say something like — and he might've been quoting this secondhand, I don't fully recall — that as an actor, you need to act as your character's lawyer. Mr. Modine basically just acquitted Dr. Brenner from being condemned to death. I couldn't be more impressed. Adding that he "can't wait to work with" Mille Bobby Brown again is also curious!

Now granted, this could just be the actor's version of a fan theory, but you have to admit there's real merit to it. Regardless of your feelings on how few core characters The Duffer Brothers have killed off through four seasons and many hours of Netflix streaming, there's no doubt Modine built a compelling case for Dr. Brenner's comeback. Under Modine's premise, Brenner returning wouldn't just be a stunt for the sake of it. It'd deepen his character, unearth ulterior motives, add to the mythology of the show, and add even more stakes to the grand finale of Season 5.

The young heroes of Hawkins have their hands full as it is with Henry Creel/One/Vecna busting through the Upside Down to haunt the once-peaceful town more than ever. Adding Dr. Brenner back to the mix may complicate the plot a little too much. Then again, giving Dr. Brenner a redemptive arc in which he helps defeat Vecna would be pretty badass. If that happens, perhaps Dr. Brenner could earn the forgiveness he sought (but didn't receive) when he seemingly perished in the opening episode of Stranger Things 4, Vol. 2.