Juan Soto! World Series Champion! Silver Slugger! And now he can add Home Run Derby champion to his resume of accomplishments as a Washington National. All before he is old enough to rent a car, no less! 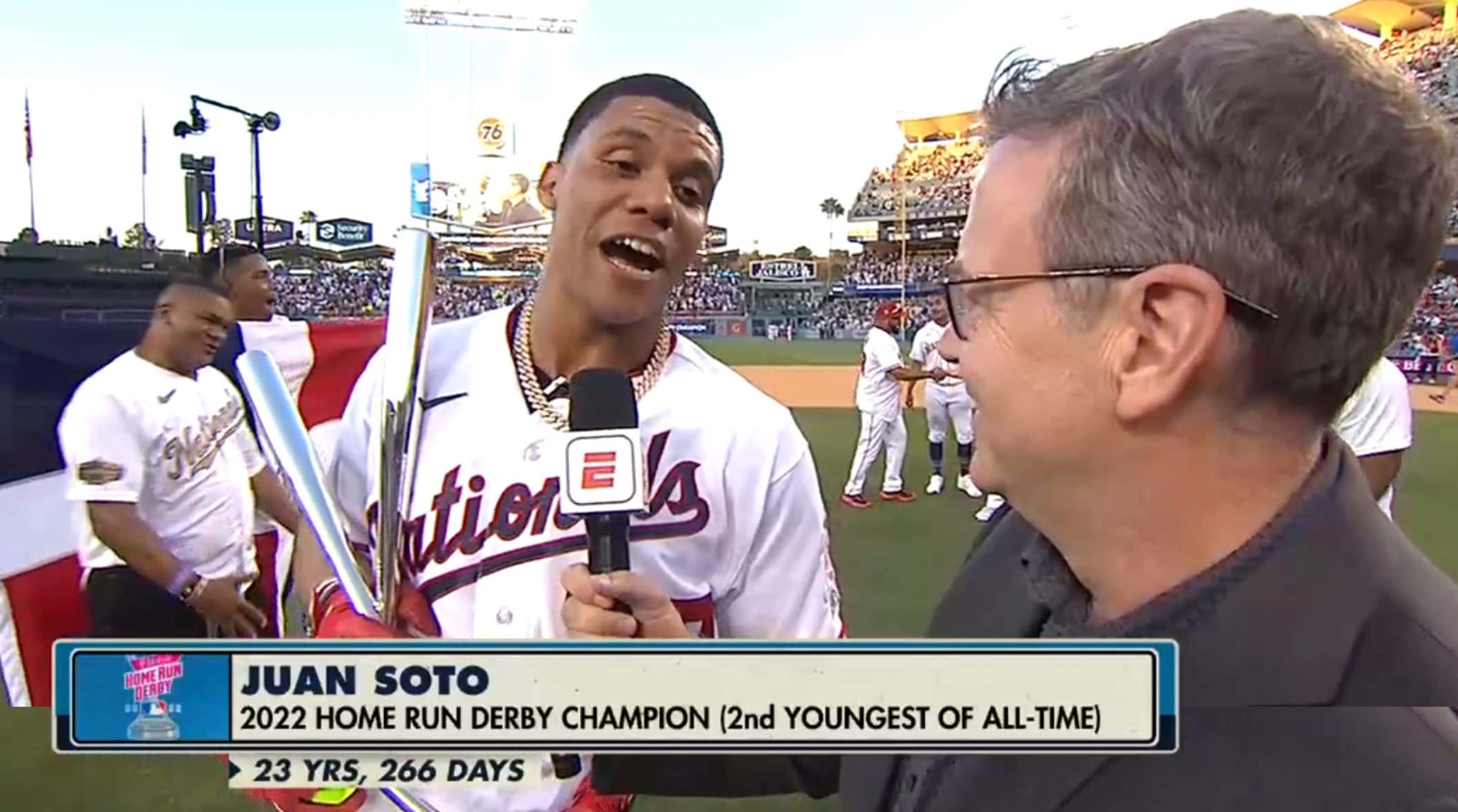 I don't know what the future holds. He keeps being lowballed and the Nats franchise is in limbo because the ownership is trying to sell and he could be somewhere else in the matter of weeks. Which would be insane. Like, to accomplish so much at such a young age, to be compared to Mantle and Ted Williams, to have slugging stretches similar to Bonds…and then poof, be gone. It is wild it is a very real possibility.

For now we can just enjoy this. But man, hopefully this isn't the last cool thing he does in a Nationals jersey.