I blogged this unfortunate story last week, but early in the morning on July 9th, CPD and army vet Danny Golden of Chicago's South Side was shot in the spine after breaking up a fight. He will never walk again. I have never met Danny personally but had dozens of people reach out speaking nothing but the best about him and seeing if Barstool could help.

That's the best part of Barstool. We are great at rallying the troops for causes like this.

We started by pushing the Go Fund Me, which has now raised about $1.3MM, about $700K short of its $2MM goal. That's where these T-shirts come in - to put a BIG dent into that last $700K - and the shirts are actually really cool: 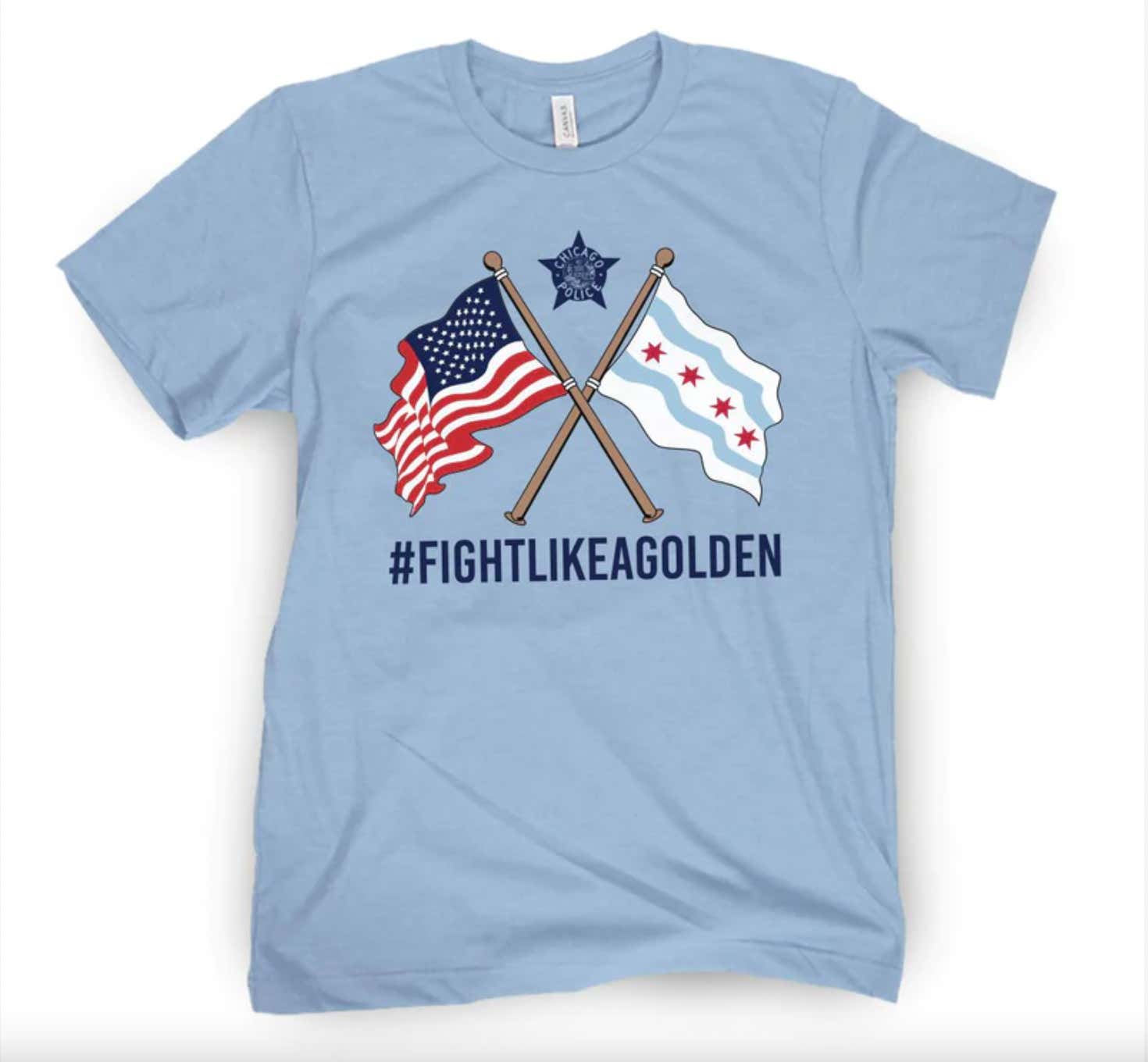 100000% of all net proceeds go directly to Danny's fund. Let's push them over the top. Barstool Chicago doesn't just back the Blue, we back good people and by all accounts I've heard over the last few weeks, Danny's as good a dude as there is. Let's help him out. We raised over $400K for Officer Ella French's family after her unfortunate passing last year, there's no reason we can't match (or beat!) that here.

Shout out to Dante for coming up with the sweet design. Let's do it big for Danny