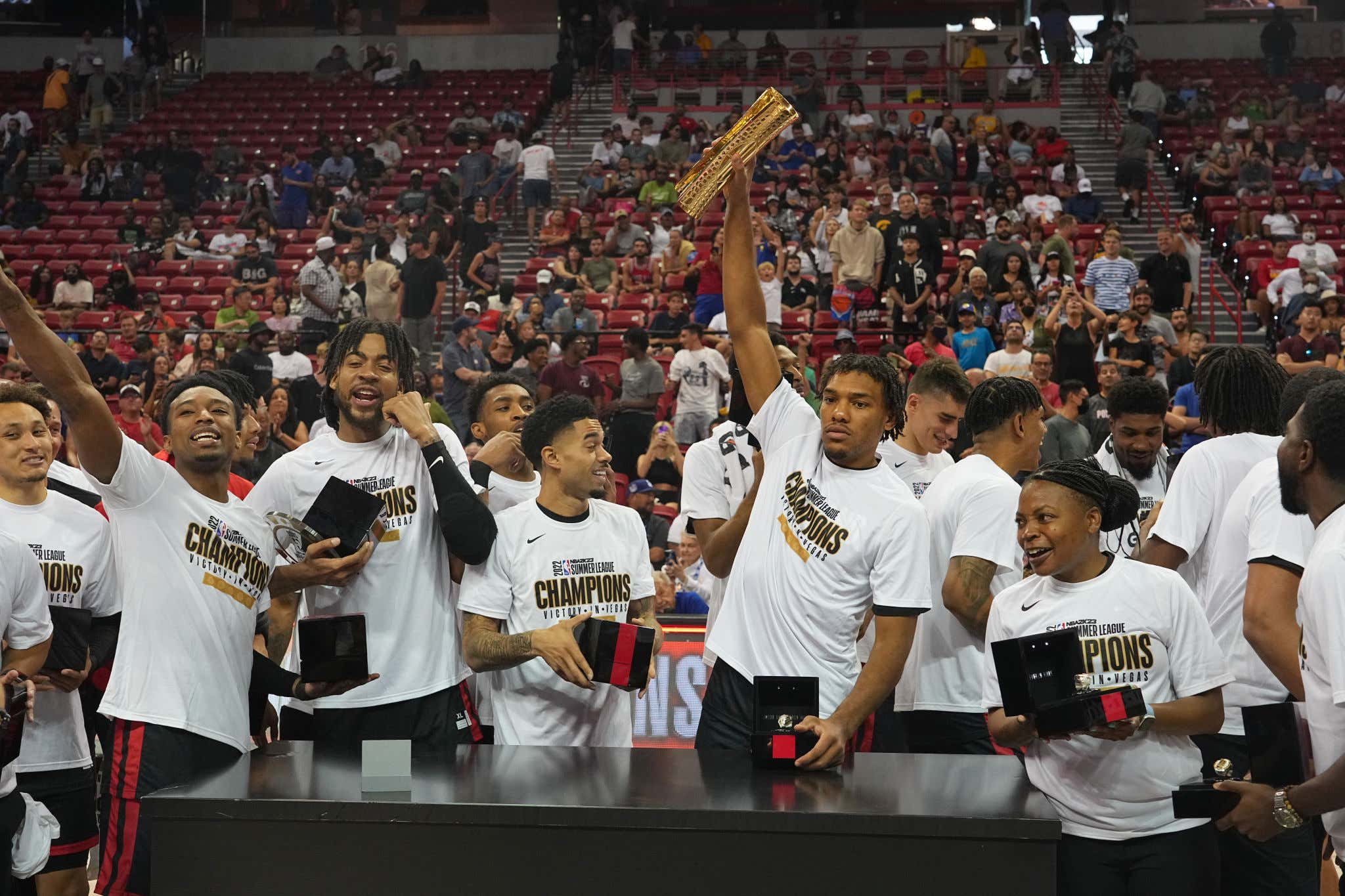 It's been quite the summer for the Portland Trail Blazers. They kicked things off by trading for Jerami Grant while not giving up all that much which they were able to do because of the $20M TPE they had by trading CJ McCollum to the Pelicans. They brought in a top 10 pick (who immediately got hurt 5 seconds into his first appearance in Vegas), they extended both Dame and Anfernee Simons, and then also brought back Nurkic on a $70M deal. For most teams, that's a pretty successful offseason.

But the Summer Blazers weren't done there, they capped off their run in Vegas by taking down the Knicks in yesterday's title game. You could make the case that we're actually witnessing a bit of a Summer League dynasty when it comes to the Blazers. They won the whole thing by kicking the shit out of the Lakers back in 2018 and now add another ring to their collection by winning again in 2022. They now join the Kings as the only team to have multiple Vegas championships since 2013. Good for them. Rings are rings last time I checked and right now there is no other competitive basketball going on so I say let them and their fans have their moment.

In all of the celebrations, of course someone was going to hit up Dame and let him know his team finally won a ring. That's why Dame refuses to leave Portland right?

Everything about that video is amazing. Genuine excitement from the franchise player over a title that means absolutely nothing in the grand scheme of things, the quick quote at the beginning, the live look at him and Ant probably somewhere insanely expensive soaking up the sun after making a combined $222M this summer

that's just some Grade A wholesome stuff that every Blazers fan should be soaking up right now. Things might never get better for you than they are right at this moment. I love how he was basically like "oh that's cool congratulations me and Ant are partying our dicks off because we're rich as shit". Some might give Dame shit for not being in Vegas and I couldn't disagree more. He's doing his part as a leader in showing these guys what's possible if they too don't run from the grind and put in the work. There will probably be rings jokes and things of that nature, but something tells me considering Dame is about to cross the $500M in career earnings he doesn't give a shit that he doesn't have a Summer League ring.

All in all, a pretty flawless summer for the Blazers who for my money are one of the more interesting teams entering next season. When healthy, they've shown they can compete in the conference. At the same time the West is so deep right now with really only the Jazz being the ones who we all expect to slide, so it'll be interesting just where a healthy Blazers team fits this upcoming season. Can they ride this Summer League title to an actual NBA title? It's never happened before, so I'm going to say no, but you never know!