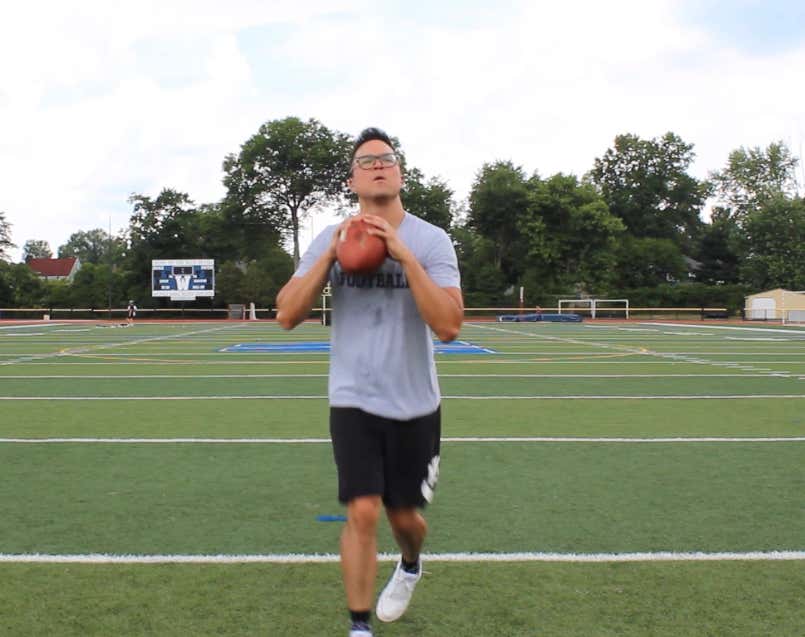 A few months ago, my buddy Nick who works at Barstool approached me with an idea for a scripted video about our first catch. It spawned from his appearance on The Yak where they asked about our history together. See Nick and I go way back. We both went to Hofstra University and have one very close mutual friend in common who we still talk to to this day. I would label us acquaintances in college and we'd say hello if we passed each other, but didn't know each other very well outside of our friend. Ironically, we did play football against each other a few times in college as my friend group and his fraternity were somewhat rivals in intramurals.

Fast forward to the early 2010s and Nick and I are playing in a football game against each other in NYC through our mutual friend. We end up riding the subway home together and find out we're in the same industry. We exchange info and stay in touch.

When I started at Barstool, he reached out as he was a big Stoolie and wanted to see if he could get his foot in the door. Nick actually did the social for @FromTheTopRope and began making his own connections at Barstool. Over the years he continued to get more limbs in the door and was eventually hired. It turns out, he ended up moving the next town over from me, so we ended up talking way more and becoming pals.

Fast forward to that day on The Yak and Nick revealed we'd never had an actual catch with each other. That's when he sent me this concept and I loved it. To say I've never had more fun on a shoot would be an understatement. Playing catch is one of my five favorite things to do in life and while Nick did a masterful job editing it, the real fun was actually playing catch. Here it is - enjoy!