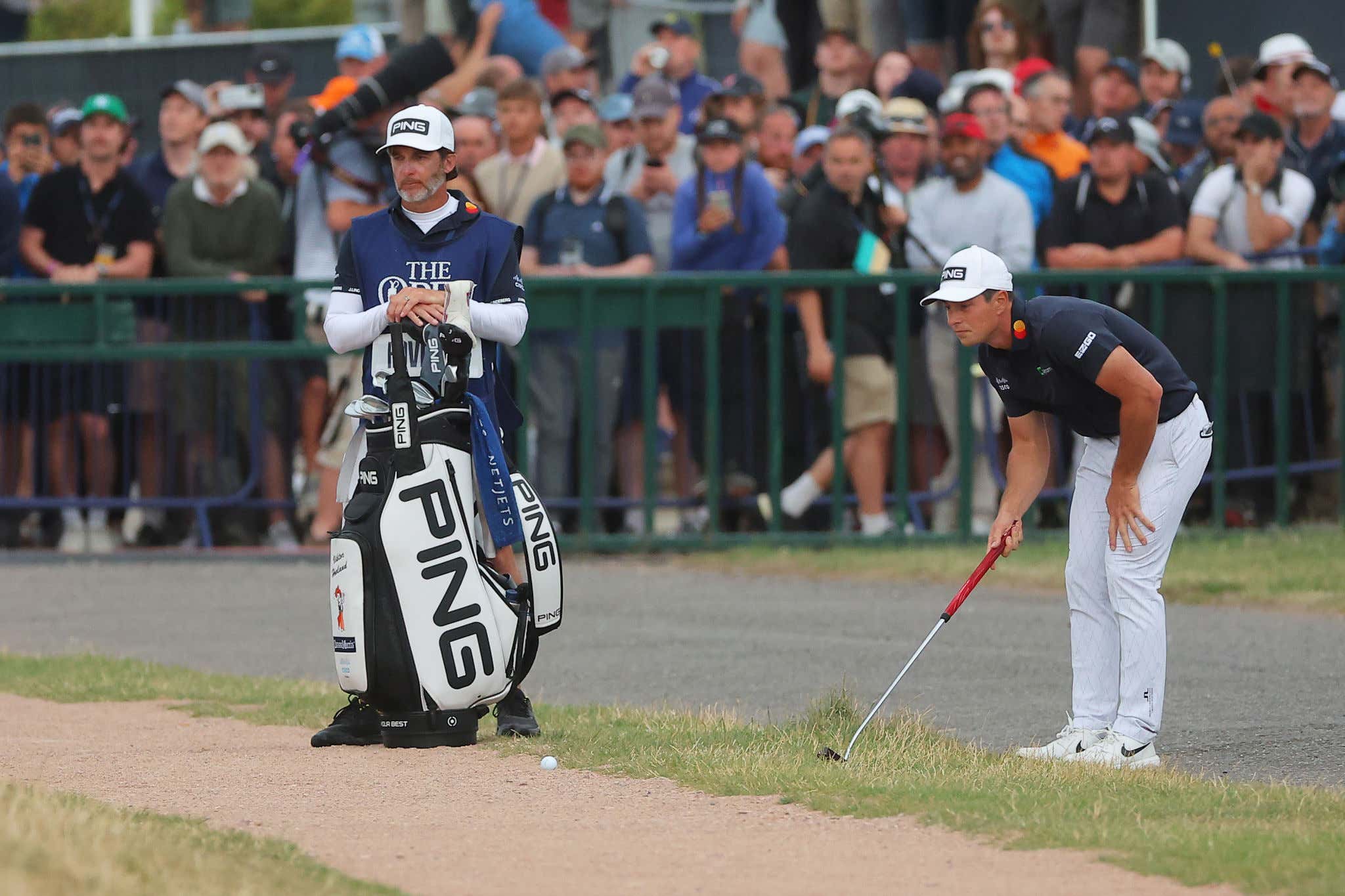 Viktor Hovland has been a world-class ball-striker since bursting onto the PGA Tour scene in 2019, but his short game has left a LOT to be desired. In spite of that severe flaw to his golfing arsenal, Hovland is still the ninth-ranked player on the planet, and is tied with Rory McIlroy at 16 under par for the 54-hole lead in the Open Championship.

Fresh off a six-under 66 on Saturday to match McIlroy's score, Golf Channel's Live At The Open panel weighed in on the thrilling duel between the 24-year-old Hovland and his four-time major champion playing partner. While the group focused on some of the positives of Hovland's round, Brandel Chamblee had ZERO fucking chill when describing in painstaking detail just how atrocious Hovland has been as a chipper.

And of course that long quote isn't fully visible on the screenshot. Damnit Twitter. Make that shit easier for us. Here it is, hat tip to Zephyr Melton:

"The greens here are so big, and the surrounds are cut so tight, that you can go through this entire week and not have to chip. If [Hovland] misses a green tomorrow where he is short-sided and he has to go over a bunker, then we're leaning in…because he is so devastatingly bad at chipping. He's the worst chipper, by far, on the PGA Tour. You go back to 2004 and you can only find three players who have ever chipped worse at any part of their career than what Viktor Hovland is doing right now…he's a sublime ball-striker. The question is, will he have to chip tomorrow?"

DAMN Brandel, easy on the guy! He just shot sixty-freaking-six while playing the clear heel role to fan-favorite Rory.

First of all, we're only seeing the start of Hovland's prime, barring some sort of catastrophic erosion of his golf swing. If he can hone in on improving with those short sticks in the rare instances where he's not putting for birdie, there's no telling what the ceiling on his game is. That said, the criticism is valid. During his official rookie campaign in 2019-20, Hovland was 168th in strokes gained: around the green and 148th in scrambling. The following season, he made some strides but was still 124th and 59th in those respective categories.This season? He's 204th in SG: ATG.

Oof. Thankfully the undulating, tightly-mown turf around The Old Course at St Andrews, as Brandel more or less described in full, works to Hovland's advantage. That probably should've been taken into account more heading into this week by pretty much anyone who follows golf, or anyone who happened to be betting on the Open.

I shit you not I was yelling at my TV in disbelief when Hovland opted to PUTT this ball on the Road Hole — and damn did he ever pull it off:

Credit to the Norwegian prodigy — his lag putting has been unreal, and thanks to some long-range birdie conversions early in Round 3, Hovland was able to hang with Rory on a day where, otherwise, we might've seen Rors barrel toward another runaway performance to add to his legend.

Hovland hasn't really contended like this at a major before. Sure, he's won multiple tournaments as a pro, so he's not a stranger to closing the deal. But a Sunday at The Open is far different. To win at St Andrews in particular is a transcendent achievement. The pins have been tucked well throughout the week in Scotland. I imagine there'll be a nice mix of gettable flags and near-impossible placements. I'm fascinated to see if Hovland can hold his nerve with the putter well enough to challenge a prime Rory who's firing on all cylinders.

A little bonus tag here: Viktor is a pretty carefree, self-aware guy and has blatantly acknowledged his chipping woes before.