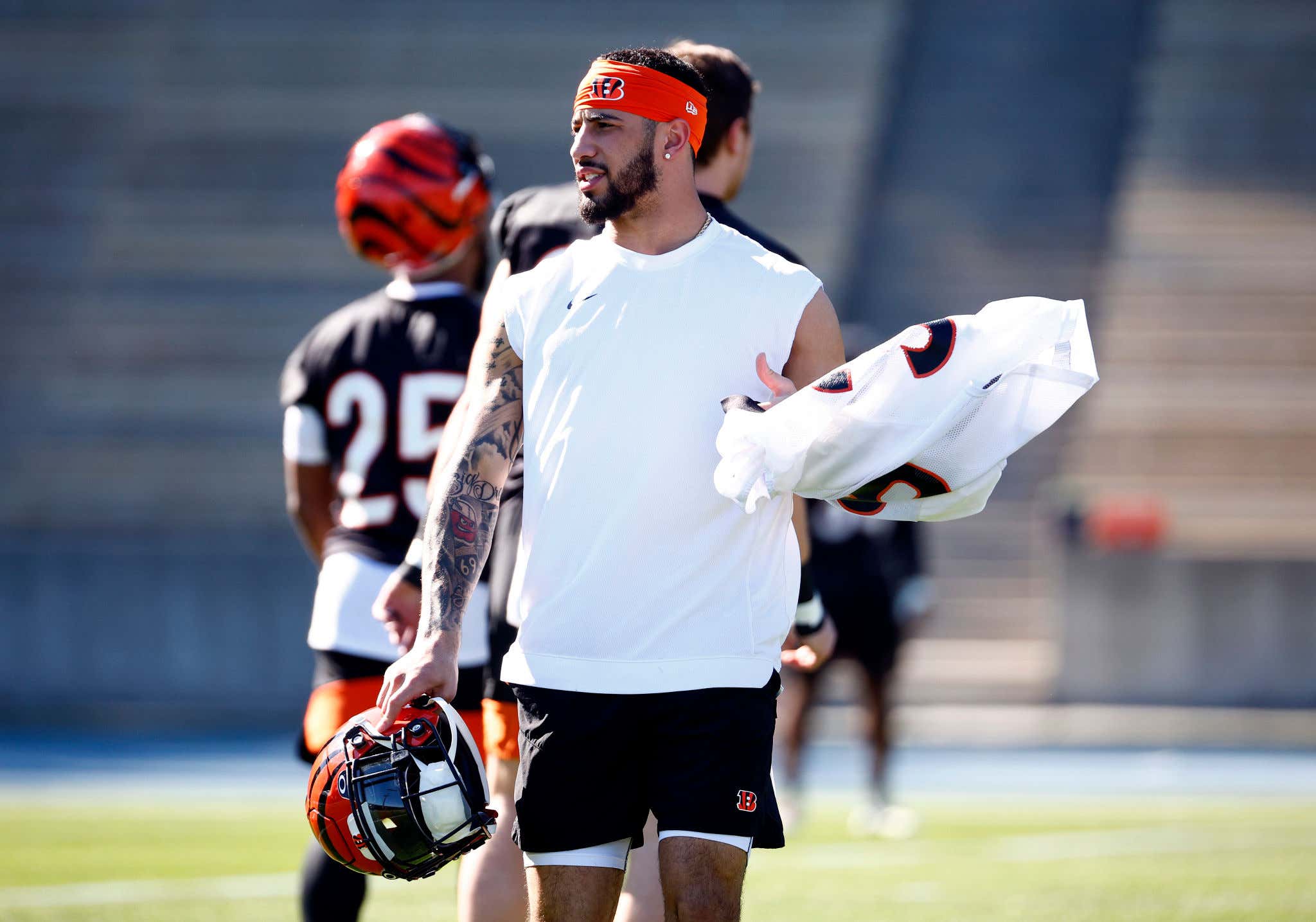 I suppose some things don't change with the Cincinnati Bengals. If I'm properly interpreting what NFL Network's Ian Rapoport reported (typing out Rapoport and some variation of "report" next to each other will never get old as long as I live), star safety Jessie Bates was offered a five-year contract with only approximately $17 million in guaranteed money. How is that even possible? That's about as lowballing as you can be as an organization for a player who's been instrumental in sparking your turnaround.

The franchise tag tender of $12.9 million still awaits Bates for the 2022 season. He just hasn't signed it and clearly has no plans to at the moment. In June, the AFC North rival Steelers made Minkah Fitzpatrick the NFL's highest-paid safety with a four-year, $73.6 million extension, including $36 million guaranteed.

For the crowd who doesn't believe Bates should be paid as a top-tier safety, I mean, I guess I can see how you'd arrive at that conclusion to some degree. Once the Bengals spent a first-round pick on Daxton Hill, I figured he was in line to replace either Bates or Vonn Bell (a 2022 free agent), with Mike Hilton already in place at slot cornerback. Nevertheless, this still feels like a bit of a gut punch, and I'm sure it feels that way to Bates as well.

Hey Mike Brown, Duke Tobin and Bates detractors, could I interest you in this stat?

ESPN's Bill Barnwell is the king of pulling 10,000-word columns out of his ass when 2,000 — hell, 1,000 — words would be more than sufficient. Given that passion for excessive wordage, I'm surprised at something he tweeted, character limits be damned. In his breakdown of the biggest defensive play in recent Bengals franchise history, he does a fine job schematically crediting Hilton and Bell on the latter's pivotal interception off Patrick Mahomes in the AFC Championship Game — with one glaring omission.

Yeah, Bates' name is nowhere to be found. Have I been quietly searching for any excuse to drag Barnwell's gluttonous word count penchant? Perhaps more than you'd suspect. Brevity isn't my biggest blogging strength but Billy Boy takes it to ungodly levels. Hey, it's better than me instigating a needless, in-house spat with someone at Barstool, right?

But to get back on track here, I'm using this phenomenal Bates highlight as a mere microcosm to emphasize the overall vibe I get surrounding his contract debate. It seems like people perpetually underestimate him or cast aside his impact, harping on the lesser value of his position compared to others. Strange hill to die on but OK.

In this Super Bowl-clinching sequence, Bates was the dude who, you know, made the actual play on the ball. Understand that he was running full speed, with unimaginable stakes on the line, on the road, guarding the NFL's fastest receiver and one of the speediest humans on the planet — and somehow managed not to draw a pass interference flag, made a perfect play in midair AND had the presence of mind to tip it right to his teammate for the pick!!

Beyond this one play, and the steady production and improvement he's shown since being drafted 54th overall in 2018, Bates is a captain and clearly one of the locker room's key leaders. He recently went to take in some UFC action alongside none other than our beloved face of the franchise Joe Burrow. Our superstar quarterback has also publicly advocated to the media for Bates to be in Cincinnati for the long haul. Apparently the Bengals' brass didn't listen, which is a shame.

I recognize that massive extensions are on the horizon sooner rather than later for Joey B., Tee Higgins and others. I just feel like the Bengals have ample room for this Bates deal to work. Now all we can do is wait. Hard to tell when Bates will ultimately arrive at training camp, if at all.

In any event, it sure looks like 2022 will be Bates' final season in Cincinnati. Another reminder of the harsh reality of the NFL salary cap.