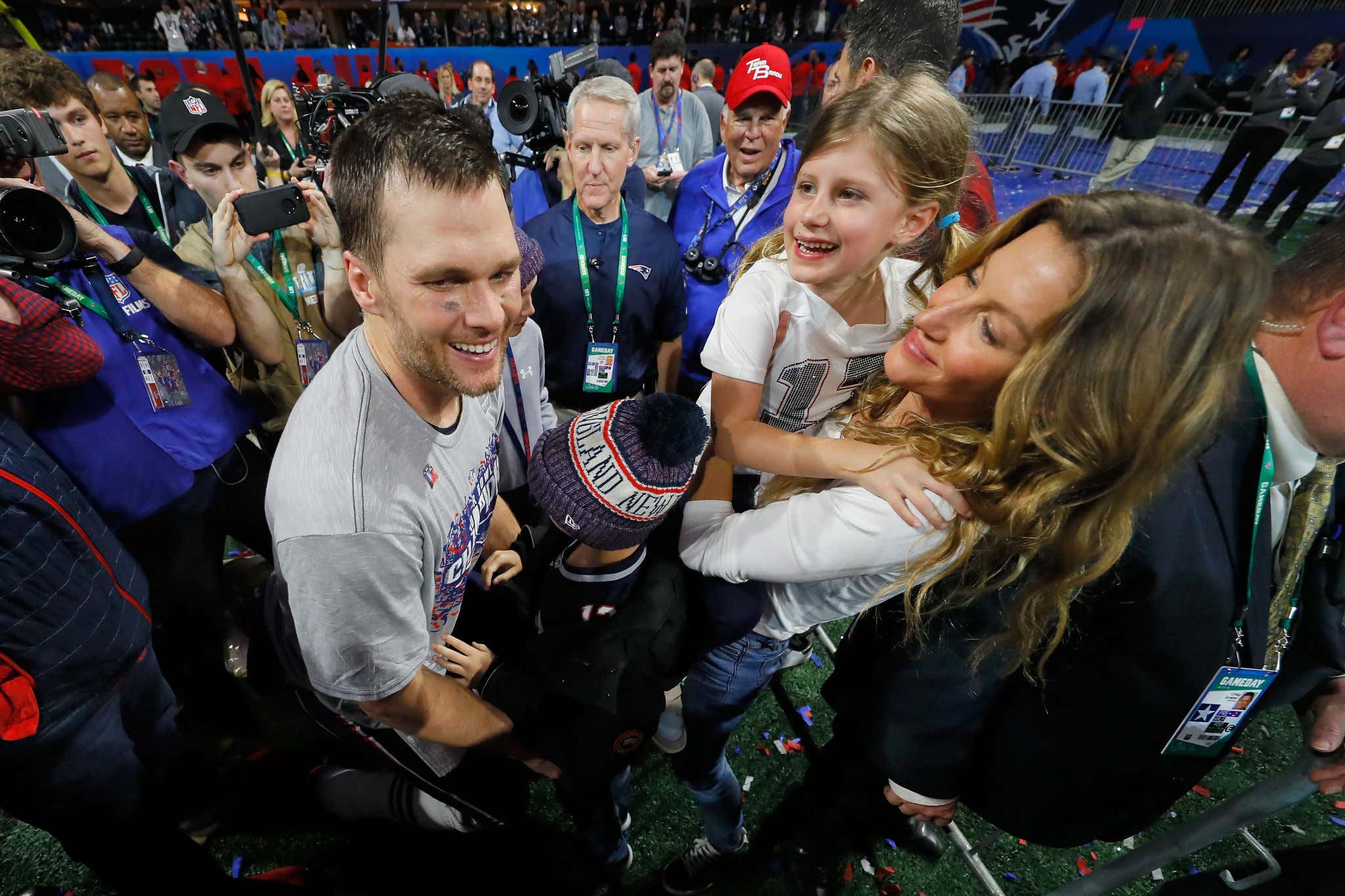 It's often said that being a parent isn't easy, but it's the most rewarding job you'll ever do. Which is something I agreed with, until I found out there are careers in the field of professional whiskey tasting. A job that never gets you up at 2 a.m., you can't wait for the morning to come so you can start working, and the only diaper you change will be your own? Sign me up. (Sorry to my boys.)

But no matter who you are and what your circumstances, parenting is not all cuddles on the couch and crayon drawings of mom & dad in front of the house with a curl of smoke coming out of the chimney and a happy face on the sun. It's work. Often hard work. And in spite of what the old platitudes say, sometimes unrewarding. No matter who you are, there are enormous, sometimes insurmountable challenges. Even if you're the world's most celebrated power couple:

Source - Tom Brady thinks his and Gisele Bündchen’s wealth is the “hardest thing” about raising their children.

“That’s my kids’ reality, which is the hard part to say, ‘Guys, this is not the way reality really is. … What can we do about that?'” …

The NFL star, 44, said he and the Brazilian supermodel, 41, try to make their kids relatable by creating “experiences that are more along the lines of what most kids go through,” but he admitted at the end of the day, his children will “still have experiences that a lot of kids never do have.”

Sure, it's easy to mock Brady for what he's saying here. To demagogue the hell out of his comments and accuse him of being out of touch. Families that are currently buying off-brand Mac & Cheese by the gross at Costco, redeeming bottles and cans and driving out of their way to pay cash at the cheapest gas station in town can't afford the down payment on the tiny violin they want to play for a rich superstar, his even richer supermodel wife, and their genetically perfect brood of superhuman children. I get that.

But put your own situation aside, dig down a little into his comments, think about them in the context of history and human nature, and can you honestly tell me what he doesn't have a point. As very rich man Malcolm Forbes once put it, "I never met a rich guy's kid who was worth a damn." (Something I've kept in mind every time his own rotten son was running for President.)

There's a historical pattern that backs up what Brady is saying here. As Voltaire put it,  “History is filled with the sound of silken slippers going downstairs and wooden shoes coming up.” Silk slippers referring to wealthy societies going into decline, while wooden shoes represents disadvantaged working class people making their way up.

There's another, longer quote that has been misattributed to Sheikh Rashid bin Saeed Al Maktoum, the founder of modern day Dubai.“ My grandfather rode a camel," is alleged to have said. "My father rode a camel, I drive a Mercedes, my son drives a Land Rover, and my grandson is going to drive a Land Rover, but my great-grandson is going to ride a camel.” Why is that? “Hard times create strong men, strong men create good times. Good times create weak men, weak men create hard times.”

The fact that the Sheikh didn't exactly say it doesn't make it any less true. If anything, it is more than true. It's a meta-truth. By and large, those who have earned what they have value it more. A middle class boy from San Mateo and a girl who shared a single bedroom in Brazil with five siblings who turned their respective athletic prowess and perfect bone structure into a preposterous fortune are far more likely to appreciate what they have and what it took to obtain it than someone who slid out of the birth canal onto a dragon's bed of treasure. And to understand how struggling to obtain what we want is an essential part of being human. Take that away from people's life experiences and the results, by and large, are not good.

That said, I'd trade that life for mine in a heartbeat. I had the greatest mother in the world who worked miracles as a widow with five kids working as an operator for the phone company. But if 10 year old Young Balls could trade his family's unconditional love, one bathroom and summer vacations at his uncle's rental in Maine for a life of chauffeured limos to a private jet, another chauffeured limo ushering him to his mansion with the staff of nannies? Count him in. I'm just self-aware enough to know that kid would've grown up to be an incorrigible asshole  Even more so than the guy sitting at this keyboard now.

So Brady is not wrong. He deserves credit not just for working to raise his kids right - though that is huge - but for admitting it's the biggest challenge he faces in his personal life.