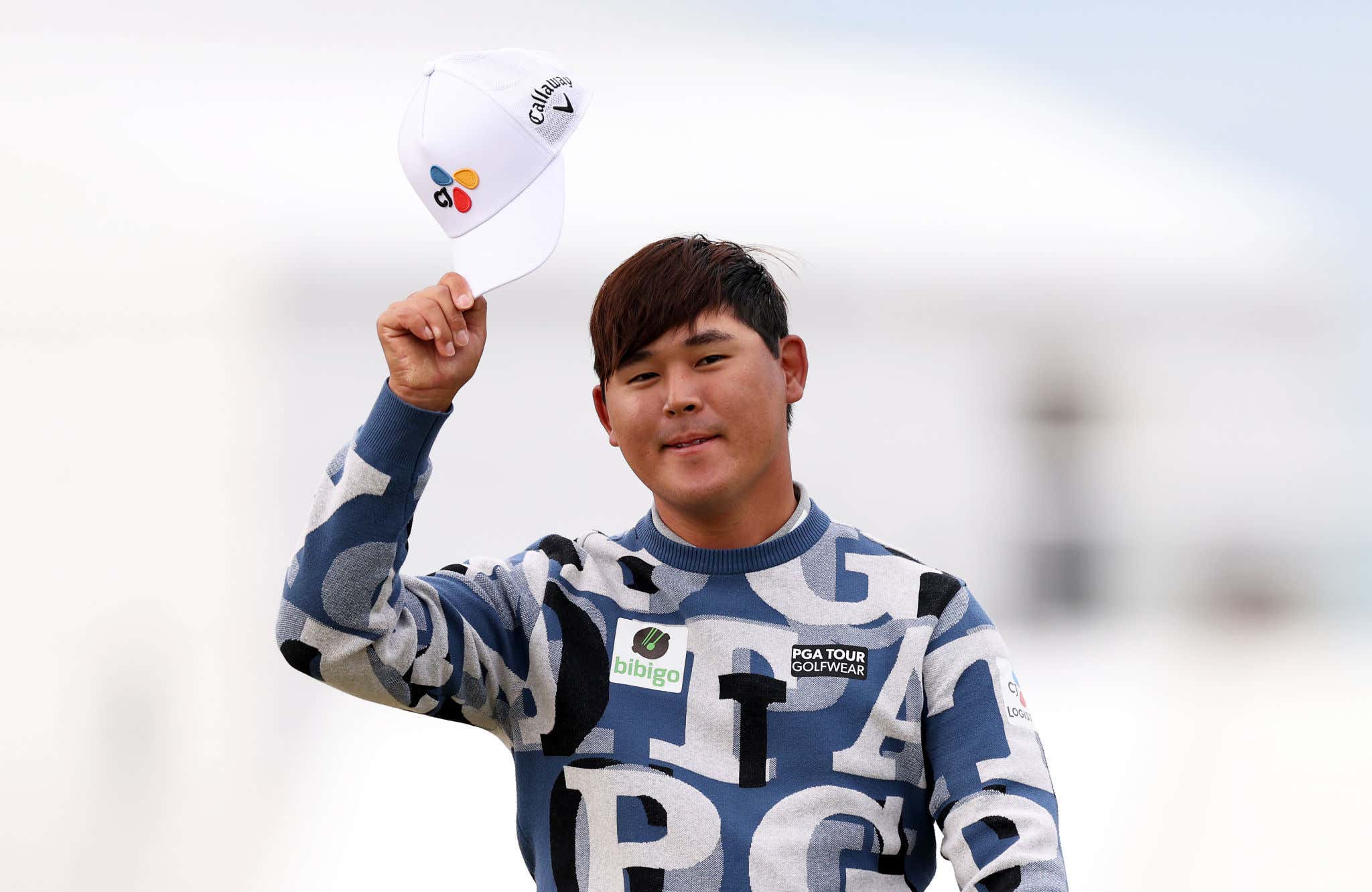 Si Woo Kim was going along just fine at 3 under par in the first round of the Open Championship at St Andrews on Thursday, but everything looked like it might unravel at the par-4 17th when he found the greenside sand trap with his approach and failed to escape the Road Hole bunker out on his third shot.

Apparently the former Players Championship winner just wanted to make a most dramatic par. Kim proceeded to jar his second attempt from that hazardous terrain to keep all the momentum going. He also made the Old Course gallery swoon with a club toss that was, simply put, legendary. The official video above doesn't quite do it justice, although you can see when Kim initially lets it go and when it crashes to the turf behind him. There's at least a couple seconds of solid hang time. Impeccable form and execution.

Reminds me of 1970's Open Championship at St Andrews. Jack Nicklaus not only took down Doug Sanders in an 18-hole playoff to seize the Claret Jug, but also very nearly clocked his adversary in the noggin with his flat stick after canning the decisive putt.

But that's neither here nor there. The Golden Bear is arguably the GOAT. Good for him. We're celebrating the smaller moments that history would otherwise lose (unless Kim goes on to win on Sunday, that is).

Kim's incredible bunker shot from one of the most perilous parts of the entire track at the Home of Golf helped him post a round of 69. Always a good day when you're shooting sub-70. Also takes a bold man to pull off such an — ahem — unconventional wardrobe.