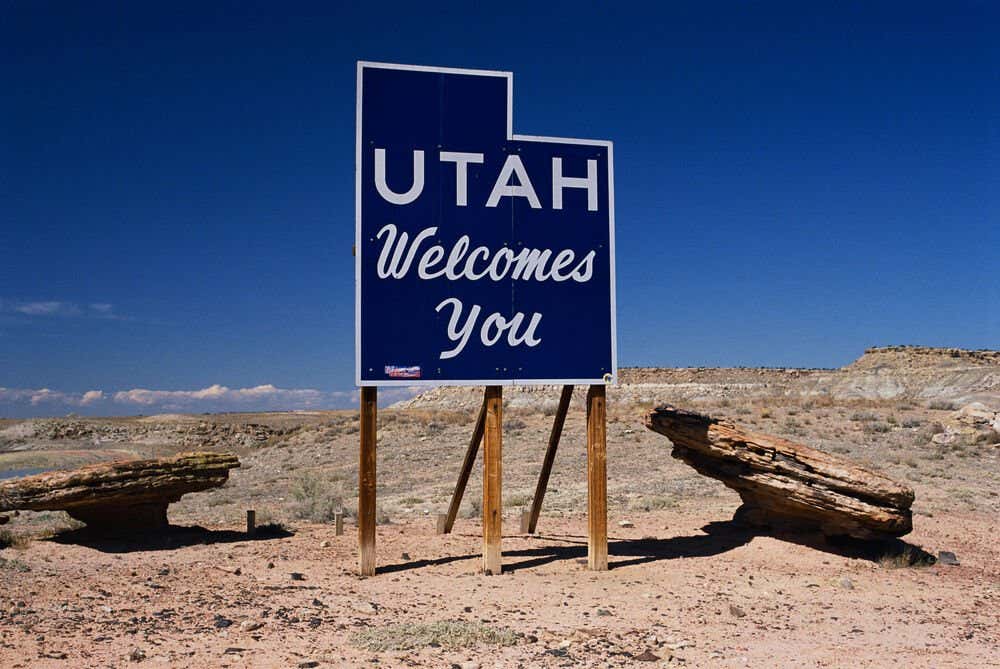 The day after I got knocked off Barstool Idol, my wife was heading to Salt Lake City on a business trip and since I now had nothing to do because I was banking my future on a reality show, she asked if I’d tag along. A week away in a warmer climate sounded great…but Utah? I was already pretty disappointed about losing Idol and the only way to cure disappointment is drinking a lot of alcohol. But would I even find bars there? Do people in Utah drink?

They do. It’s just a little different.

There are bars in Utah.

In Salt Lake City, there are a good amount of them. They are really strict about carding people though. It doesn’t matter how old you are. They will card you and then scan your ID right when you walk into any bar.

People don’t even get annoyed about it out there. I saw half the cast of “Cocoon” walk into a bar and they each had to dig out their ID’s and no one batted an eye.

I love hard ciders but I found them mostly hard to find* in Salt Lake City. This means I resorted to drinking cocktails but after a couple drinks where I could barely taste the alcohol, I finally asked the bartender what was going on and he said it’s Utah state law that a mixed drink will come with only one shot. The trick here is to ask for a double when you order a drink. They are allowed to do that. I asked for a triple and was denied.

*Scion Cider Bar in SLC was great but is the exception to the rule.

The state runs the liquor stores.

In my home state of New Hampshire, the only liquor stores are state run. The nice thing is because they buy so much booze in bulk, the prices are ridiculously cheap. People in Maine and Massachusetts drive many miles to take advantage of that.

Utah also has state run liquor stores but I didn’t find the prices that affordable and the two stores I went into were a mess with pretty lousy selection. But you CAN buy hard alcohol in Utah and it’s not that inconvenient.

I had a couple High Noons at the Benihana in Salt Lake City. They were fantastic.

During the week out there, I went to a Salt Lake Bees game. They are the AAA affiliate for the Los Angeles Angels and drinking-wise, this could have been any other minor league park. Beer was at every concession stand and they had a fairly wide variety. The Bees stadium itself is pretty basic but they do have maybe the prettiest background in baseball. 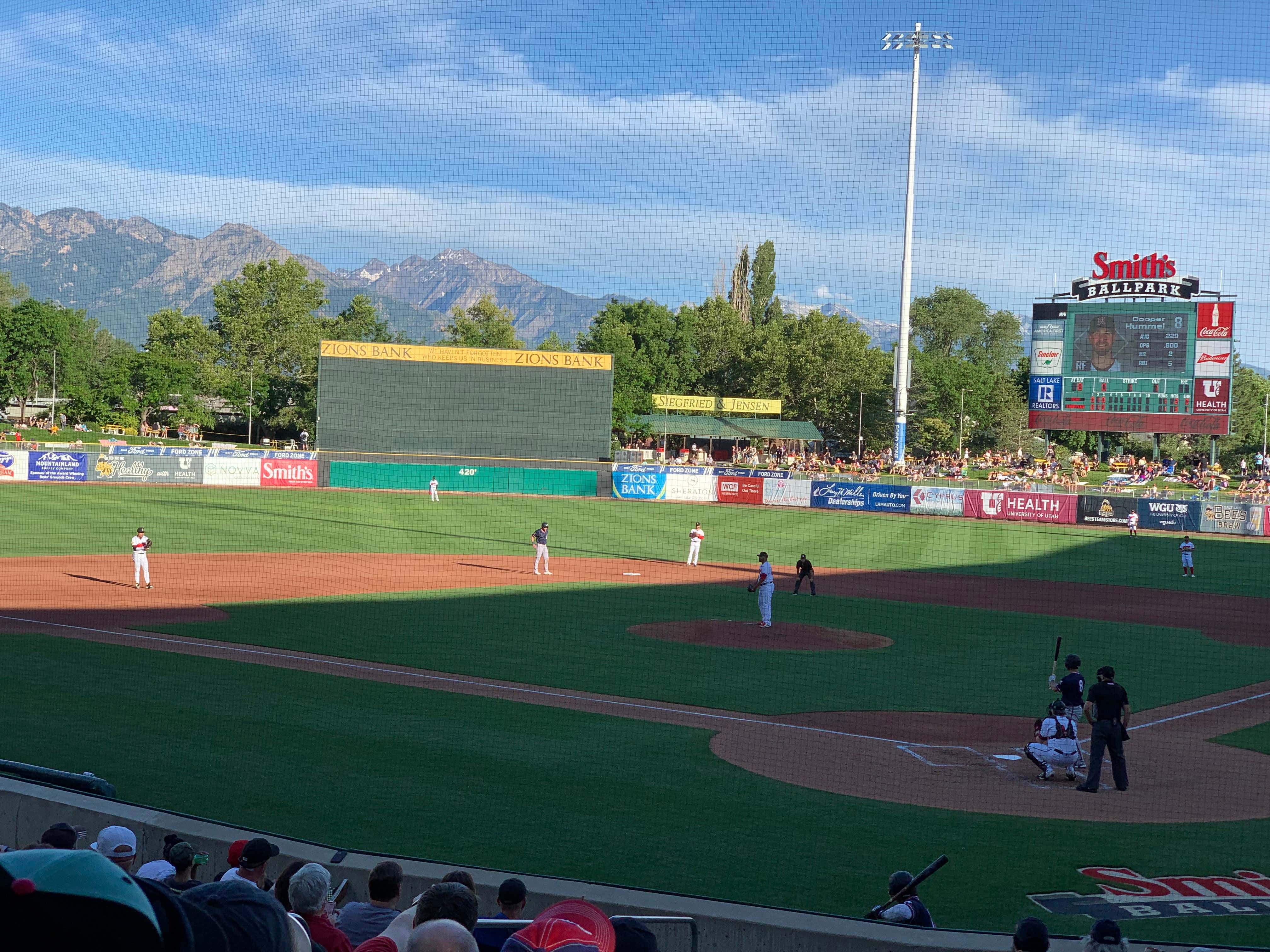 Obviously the Jazz weren’t playing but I did give the Karl Malone and John Stockton statues some guff for not winning a NBA title. 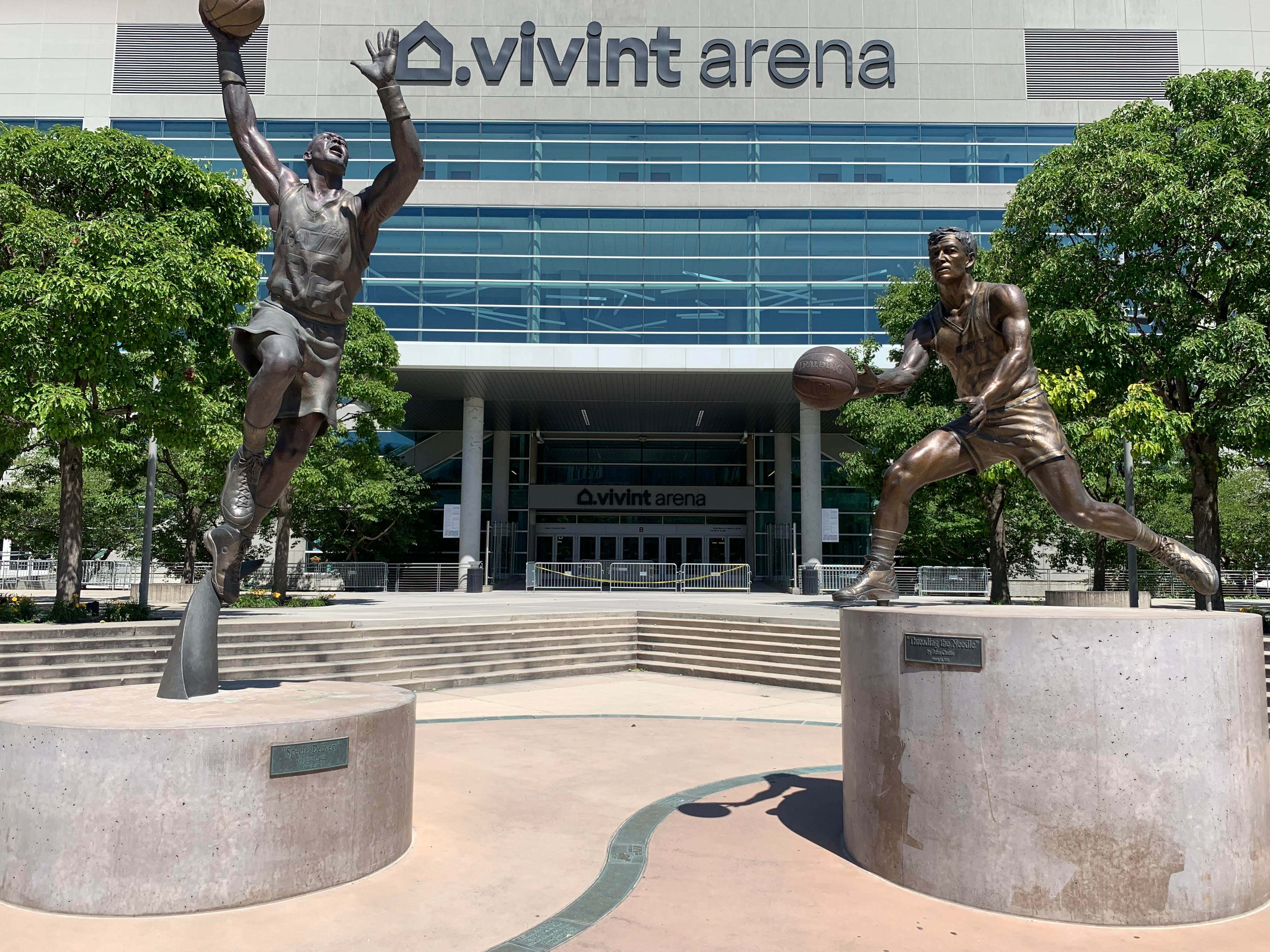 Closing time is 1 AM.

I’ll bring up New Hampshire again and say Utah has the same closing time (which is the earliest in the country on a statewide level). Nevada has no last call and Alaska isn’t until 5 AM.

Grade for Drinking In Utah: C-

Utah is a beautiful state with very friendly people. While I was out there, I was told Salt Lake City was the “Austin, Texas of Utah” and there was far more to do (and drink) than I had initially feared. Should you go to Salt Lake City for your bachelor party? Eh. Probably not.  But if you’re looking for some beautiful scenery, dry climate and to catch a quick drink after dinner, you can do a lot worse.