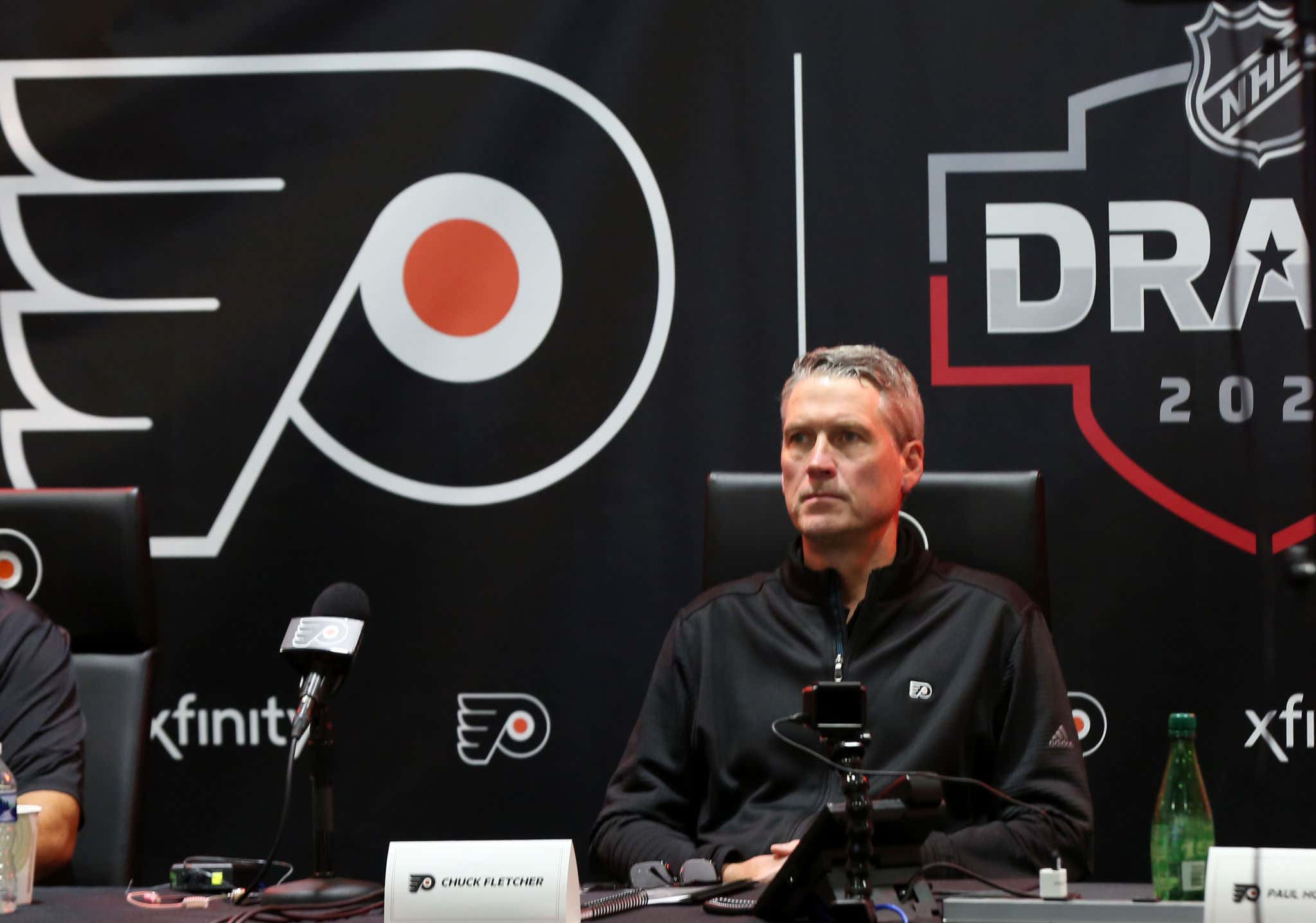 I honestly don't have anything else to say at this point. Fuck this team straight to hell. I mean what an absolute embarrassment this turned out to be. I can promise you right now that I've watched my last game as a Philadelphia Flyers fan until Comcast sells the team, Chuck Fletcher gets fired into the sun, and Gritty gets run over by a bus. And if you truly care about the Philadelphia Flyers, you will boycott this dog shit organization as well.

All these idiots had to do was clear the space to sign Johnny Gaudreau. All they had to do was attach the '24 1st round pick to JVR to get his contract out of here. All they had to do was find a taker for Konecny and keep Ellis on LTIR. But no. These goddamn idiots couldn't make it happen. So instead of bringing Johnny Gaudreau home to play for the team he grew up idolizing, Chuck Fletcher makes a big splash and brings back the worst defenseman in the league Justin Braun, and Nic Deslauriers.

I hate it here.

And sure, in the grand scheme of things you can make the argument that signing Gaudreau doesn't necessarily fit what the Flyers need right now. If the Flyers are ever going to win a Cup, they need to be abysmal this year and draft Connor Bedard. They need a complete and total rebuild from the ground up. Gaudreau would just more or less keep the Flyers in the same position they've been for our entire lifetime. But I don't give a shit. Because Johnny Gaudreau is the only legitimate NHL superstar this area has produced. A kid who grew up right across the bridge idolizing the Flyers and would go on to be a 100+ pt scorer in this league. This was the only time a local talent like that could come back and sign with the hometown team. He wanted to be a Flyer, and all the team needed to do was clear the cap. And they couldn't do that. This is a colossal failure that the organization should never be forgiven for. They don't care about you, they don't care about me, they don't care about anything besides turning a profit. So for the love of god, stop supporting this joke of a team.