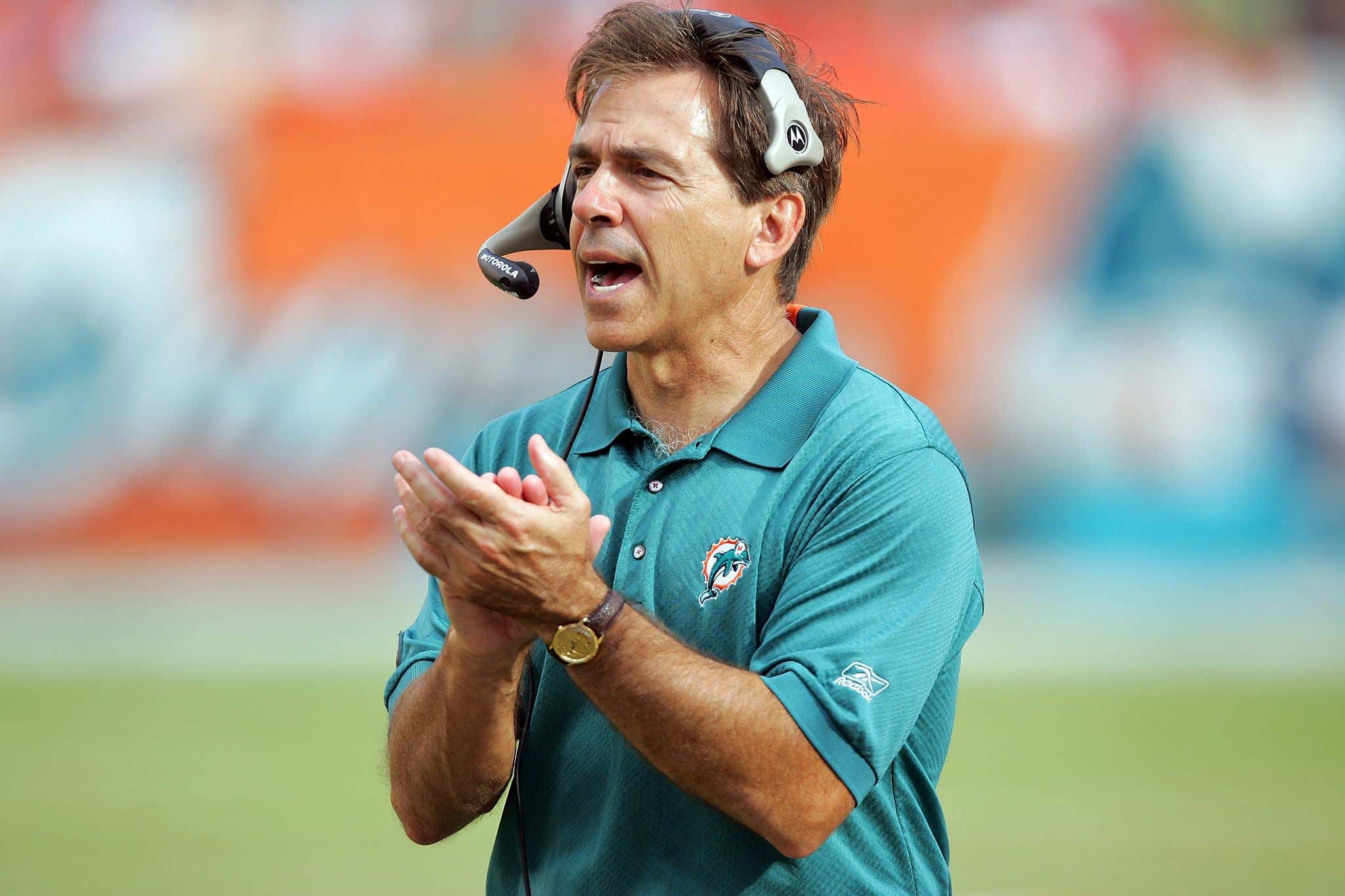 Say what you will about Nick Saban's tenure as head coach of the Dolphins, circa 2005-06. Many in Miami have as the years have turned into a decade-plus. It was a period marked by fewer wins (a 15-17 record, .469) than denials he was taking the Alabama job (several million). And I suppose you can respect Dolphins fans being salty about it still, since Saban's departure begat the Cam Cameron era and a 1-15 record in 2007. But it worked out swimmingly for Saban. And Alabama. Which, by amazing coincidence, is exactly the job he ended up taking after all.

But those two years in Miami were not all mediocrity, franchise destroying, career advancement and fibs. Fun was had along the way. At least according to one of the better Dolphins players of the era, Channing Crowder.

Crowder was talking to JaMarcus Russell on his podcast. And while there's no way I'm going to comb through all 83 minutes of it to find you the time stamps (I love you for reading my stuff, but don't ask me to actually prove it):

… I can relate this one story to you:

Source - “I brought strippers to the Dolphins’ facility,” Crowder said. “She walked in with nothing but a thong on and a Jason Taylor jersey, and she went up there, Nick Saban was in a chair. She shook it for Nick Saban. Nick Saban grabbed her hips, pushed her to the side and ran up the stairs.”

There is some disagreement between the men discussing it whether the professional dancer in question went by the show business name "White Chocolate" or "Tip Drill." Which can be forgiven. Human memory is notoriously unreliable. And that was a lot of year - and presumably a lot of strippers - ago. But they all agree on how the incident went down. And it's impossible to imagine Saban handling it any other way.

If this was a lot of college coaches, events would've unfolded much differently. I have to think Urban Meyer would've spent the weekend with White Chocolate/Tip Drill and sent his team on a road trip without him. U. of Texas assistant Jeff Banks would've moved in with her and the two would've raised a feral emotional support monkey together:

But not Saban. He didn't last a minute in that chair before he was pulling a Michael Scott:

I have no doubt he was thinking 20 moves ahead, even as this worker began grinding her thonged cheeks up on his lap. He was already thinking about how it would play with the decision-makers in Tuscaloosa. How it would come up every time he talked to some recruit's mom. Hell, he'd probably watched film on WC/TD and schemed a way to get her off his lap. When you think about it, the hips are how you control the body. So he broke her down, mirrored her movements, used his hands to gain leverage, and rode her out of the play. Just like he'd taught hundreds of cornerbacks to do over the years.

Your average college ball coach would have been taken in by the feminine wiles of a beautiful exotic dancer. But this man has but one mistress: the National Championship. Hail Saban.