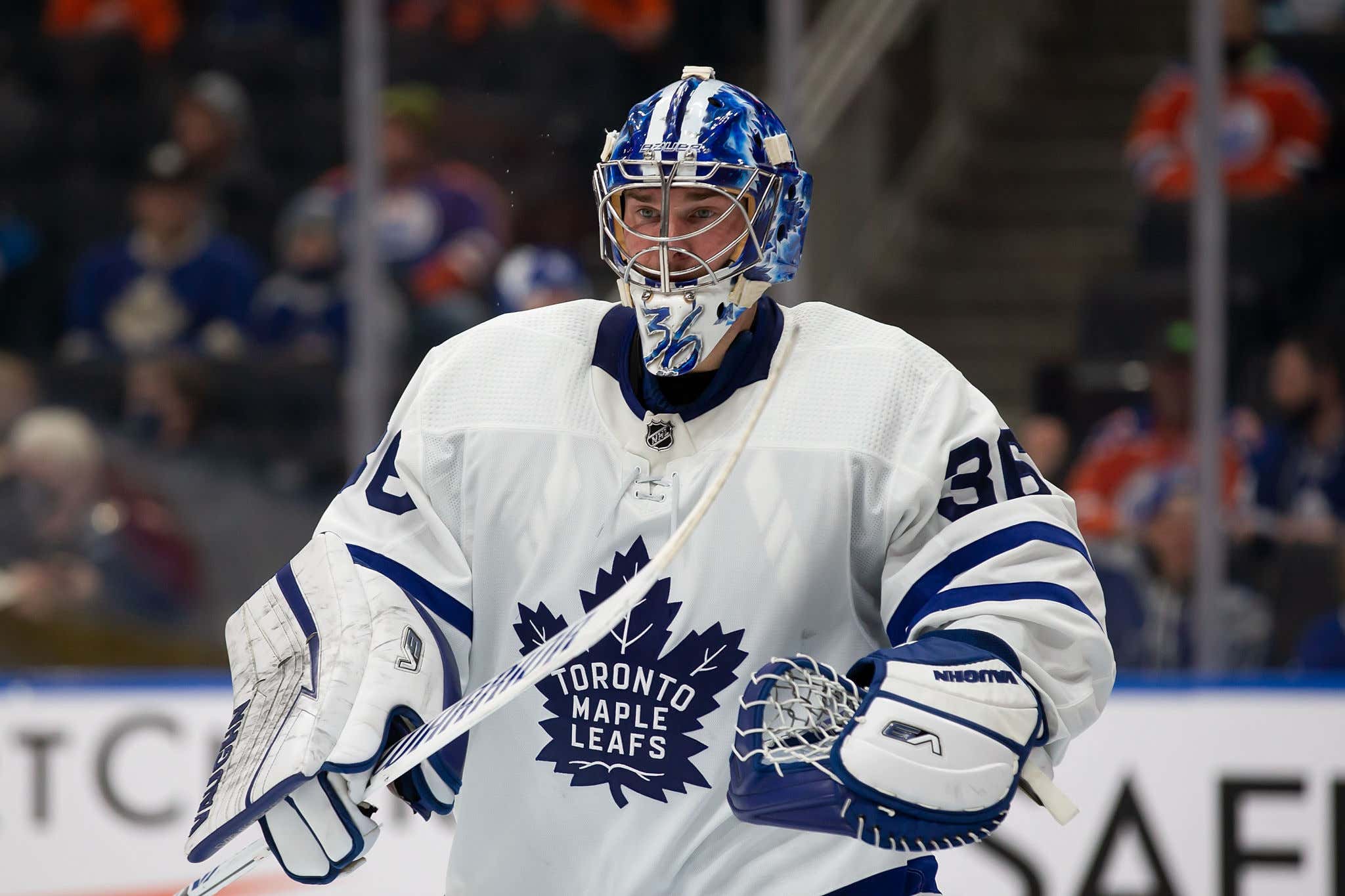 Well damn. The Edmonton Oilers are clearly intent on fixing their issue of allowing opponents to score too often. Valiant of a job as Mike Smith did in helping the team to the Western Conference Finals during the postseason, it was time to upgrade. However much or little you believe in Jack Campbell, he at least has a higher ceiling than Edmonton's prior duo of Smith and Mikko Koskinen.

Campbell being a step up from what the Oilers have had doesn't mean I'd feel comfortable committing a full-ass five-year contract to him but that's Edmonton's prerogative. You also have to pay above market value on occasion in free agency no matter which major sports league we're talking about. When it comes to the importance of quality goaltending, the ambitious investment in Campbell makes even more sense.

By all accounts, Campbell is a good dude. He's still only 30 years old and has been through some serious shit, so there's some built-in resilience to this guy.

When he's been healthy across the past two seasons, Campbell has performed quite well, posting a 2.15 GAA in 22 starts during the 2020-21 campaign, with a 1.81 GAA in seven playoff starts. Then, Campbell was vying for the Vezina Trophy to begin this past season before unfortunately hitting the skids in a serious way:

Some of the slump Campbell went through was injury-induced, yet his dip in form began prior to that. Still, he played well enough to lift the Toronto Maple Leafs to a 3-2 first-round lead against the Lightning before Tampa Bay stormed back to advance. Toronto made it clear Campbell's future would be elsewhere once they traded for former Penguins and Senators netminder Matt Murray.

The Oilers will continue to have an elite scoring attack led by Connor McDavid and Leon Draisaitl. As we saw when they got swept by the Avalanche, though, they'll need to defend much better to have a real chance at the Stanley Cup. If Campbell can stay healthy and regain the sterling form he found toward the end of his Maple Leafs tenure, Edmonton should be thrilled to have him. Then again, there's been a lot of inconsistency to Campbell's career, so it's definitely a risk-reward signing.

One important thing to know about me is if there's any possible opening to cram an Adam Driver reference into a sports article, I'm gonna take that ball (er, puck) and fucking run with it.