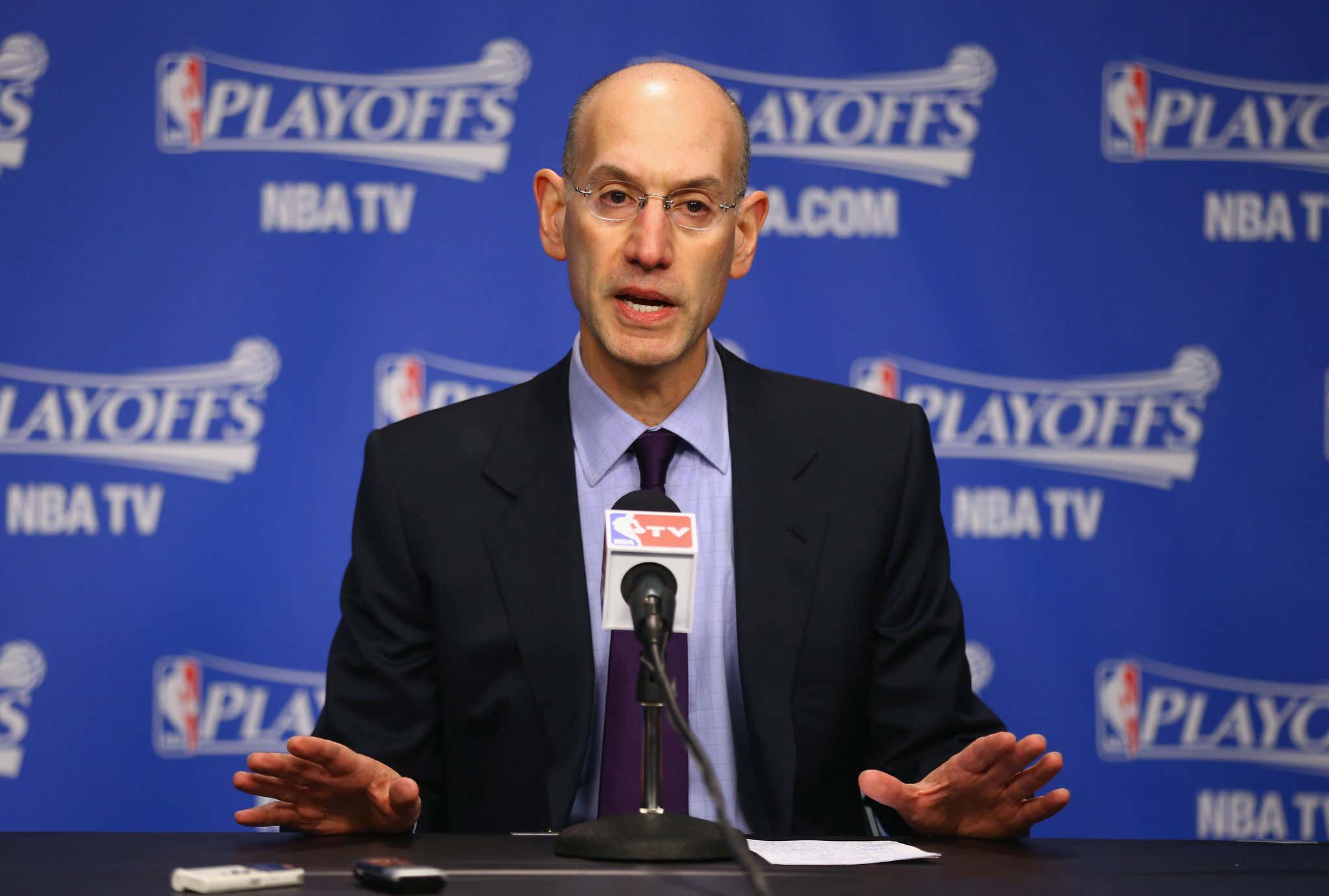 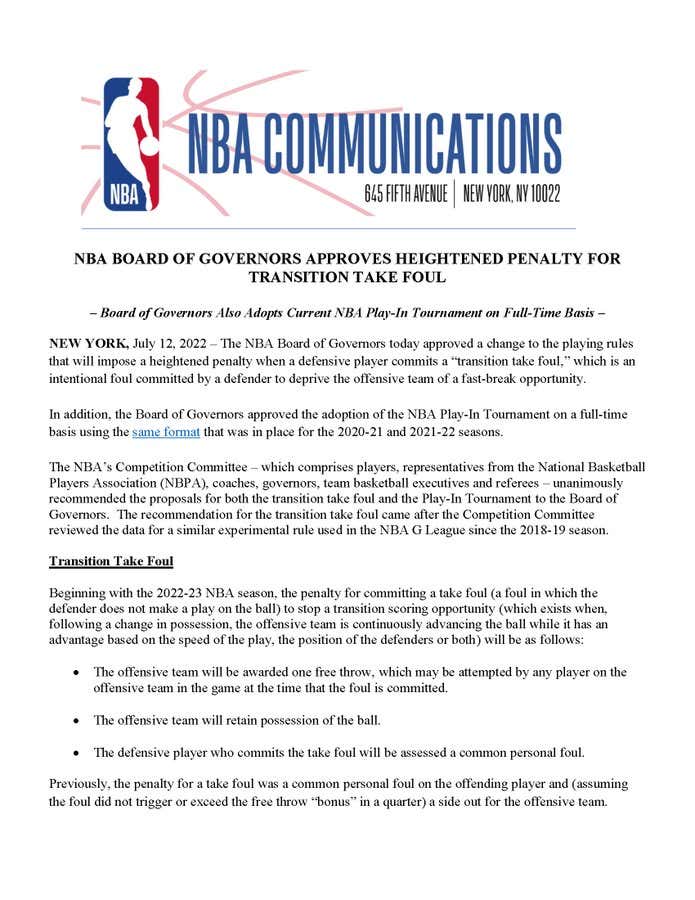 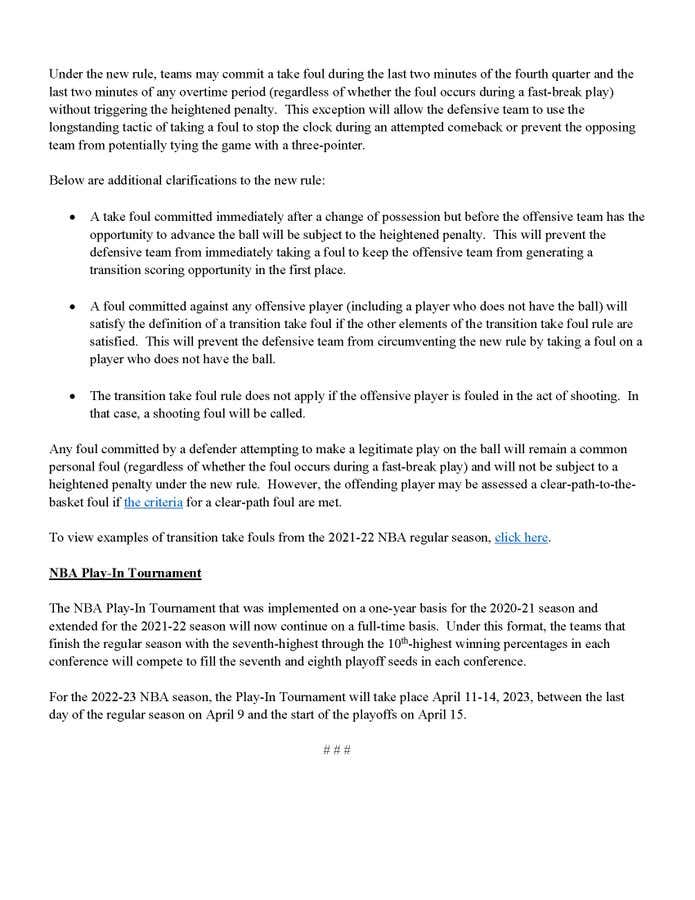 I'll give Adam Silver credit, he's actually making moves to improve his product. First, he took away the bullshit nonbasketball moves that resulted in fouls. That shit was so annoying. The players knew they could bait officials into fouls by doing shit that is not basketball. Everyone with eyes knew it was a problem, so Silver took it away. I will say things sort of lightened up as the season went on and how those plays were called, but this past season was a pretty big improvement compared to what we watched in 2019-20. While that was nice, there was still one glaring omission that Silver and the owners still needed to address.

I hate it. It's the worst. You know what the people love? Dunks. In a league where you have some of the best athletes in the world, we should be doing everything we can to get more exciting plays, not less. I get why players do it, it saves points. I'm just of the thought that if you make a mistake with a brutal turnovers, you should have to sprint your ass back on defense, not just commit a take foul at halfcourt. Personally, I wanted the league to go full FIBA rules with this. They've done a good job at limiting the take foul bullshit where they deem it an unsportsmanlike play which results in 2 FTs and the ball. Basically, it's the same as a Flagrant 1. If you want to eliminate that play from the NBA game, you have to make the penalty of it actually matter. So often in close games we see the take foul to stop a break, but I'm pretty sure that wouldn't happen if the result was 2 FTs and possession.

Their decision? They didn't go full FIBA, but they made progress. It's now 1 FT and possession. The more you read into the new rule, I don't really have too many problems with it. I'll be interested to see how this is handled at the end of games in the final two minutes, with my fear being that won't be the most consistent thing in the world but let's see. I'm for anything that makes watching the product better and improves game flow, and in theory that's what this rule change should do. Good job Adam.

But while we're on the topic of changing rules, let's now revisit the challenge rules. Here's what I propose. A team can have a maximum of 2 challenges a game, but in order to get that 2nd challenge, you have to win your first. We all know NBA officiating sucks ass, so why should a coach be penalized for something that might be clear as day? If you win that first challenge, you get to use it again later in the game if you need to. If you lose it, you're out of luck and a timeout. This seems like a no brainer to me so what am I missing?

The other bit of news we had coming out of these meetings was that the Play In Tournament is here to stay (duh) and the idea of an in season tournament is becoming more and more likely. I have to be honest, I don't really get it. I still need to hear more. What are the incentives for teams to try and not just rest their players? I'm not someone who is never open to new ideas, but my initial thoughts are this all seems pretty dumb. When exactly during the season would this take place? Does it count towards their regular record? Are we just adding even more games into an already jam packed schedule? Is there going to be a penalty if teams hold out their best players for it? What could possibly make it worth it for teams when right now everyone is more concerned with being healthy for the playoffs when shit truly matters? I just have so many questions. If it's going to include all 30 teams, how do you find something that works for everyone? If a team is tanking, then some sort of postseason reward doesn't matter. If the reward is some boost in draft odds, why would a contending team give a shit about that if they're going to be picking in the late 20s. Is it money? Again, the best players in the league make like $40M a year, I'm pretty sure they aren't going to give a shit about that.

I'm willing to see the specifics with this idea, but to me it just seems like another avenue for the league to make TV and sponsorship money. It's like they got a taste of that with the Play In Tournament and now they can't help themselves. I get that this shit exists in soccer and all that, but I'm not totally convinced it'll work out the same way with the NBA. At the end of the day though, owners care about making money so my guess is this will definitely become a thing.