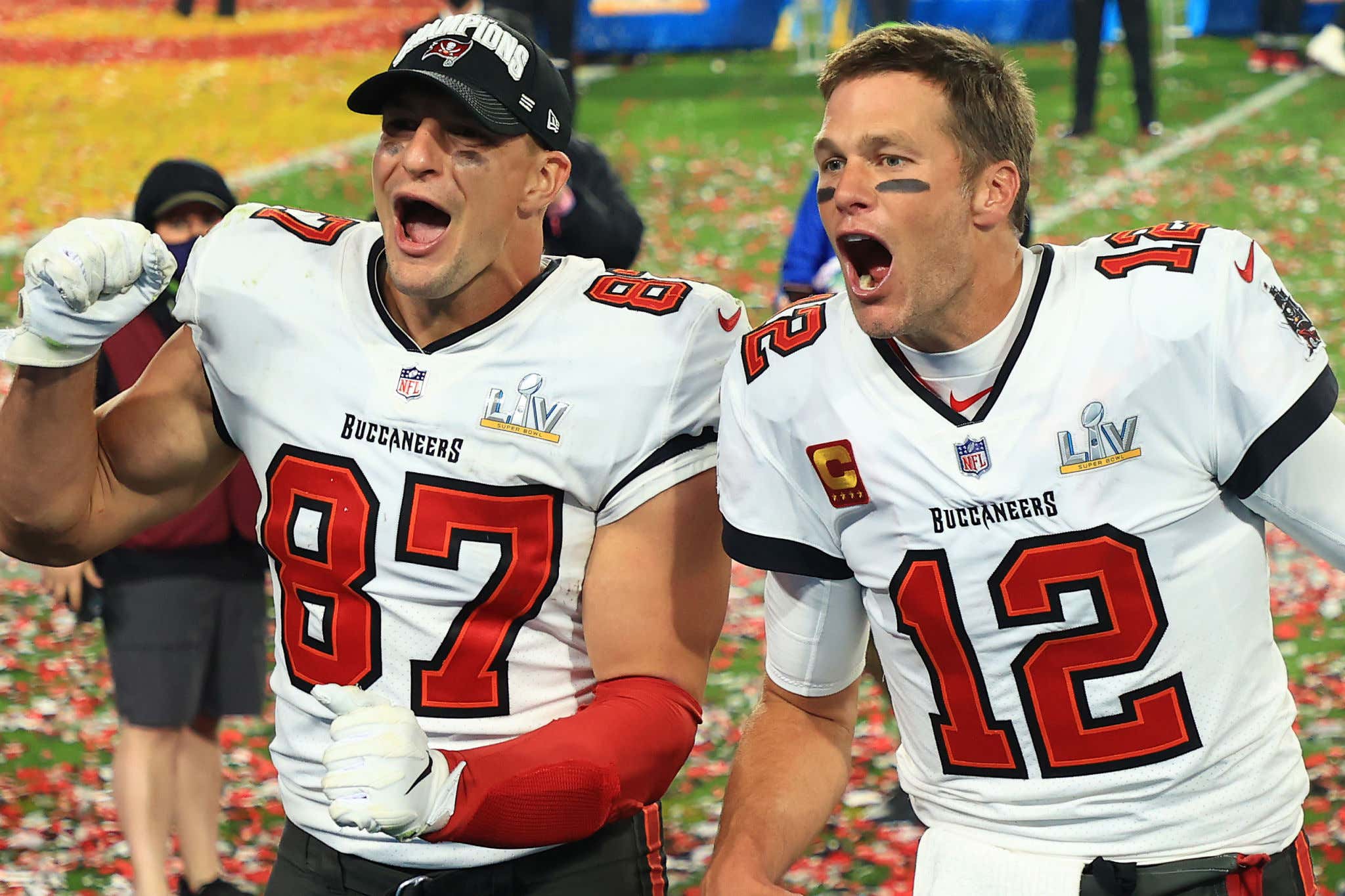 When you call the roll of Rob Gronkowski Skeptics (and why anyone would do that is beyond me, but I made this rhetorical bed so I'm just going to lie in it), I will sound off. I'm a Gronk Retirement Denier, I'm loud and I'm proud.

And with good reason. Within minutes of his most recent retirement announcement - one in which he made no mention of his nine years in New England or the millions of Massholes with $100 No. 87 jerseys, framed autographed photos they won at the Pop Warner fundraiser silent auction, and Golden Retrievers named Gronk - his agent Drew Rosenhaus told Adam Schefter his client would probably come back to Tampa midseason if Tom Brady called:

But today, Gronk spoke for the first time since his announcement. And to hear him tell it, he's done for good:

"Yeah, I'm done with football. Love the game. Definitely blessed with all the opportunities the game of football has given me and the relationships I’ve met, obviously, here in New England for nine seasons and down in Tampa for two.

But, no, done with football. Stepping my feet into the business world, the business ventures and just seeing what’s out there and where I can find my place."

And if Brady were to blow the conch shell, he would respond, but not assemble the News Team:

"I would answer obviously. I would obviously answer the greatest quarterback of all time and ask him how he's doing and tell him I'm doing good., but I wouldn't go back to football."

I'm still inclined to be skeptical of what Gronk is saying here. But at the same time, I want to take a man at his word. Even understanding he's a grown man and a free American, at liberty to do whatever he wants with his professional life, and that if he decides promoting some kind of bottle for a living is not for him and he'd rather go back to getting cheapshotted by safeties again, that's his right and he's answerable to no one, I want to believe him this time.

I'm not sure exactly why. But it could simply be that he seems sincere. He sounds done with all that. I'd like to believe that he's given all he has to the sport and is ready to move on. After all, this isn't like 2019 where he was pretty obviously worn out by having to work for Bill Belichick, who has admitted many times "I'm not the easiest guy to play for." Nine years is a long time to be meeting the demands of a man who is impossible to satisfy. But what he's had in Tampa is the opposite of that. There he gets more veteran maintenance days off than a member of a public sector union. No one criticizes him. His best friend enjoys absolute power to run all aspects of the team. The mere fact that it's mid-July and he's insisting he has no interest in ever going back would seem to be pretty good proof he simply doesn't have it in him anymore.

So for those reasons, I'm buying it. This is, in fact, the end of one of the great athletic careers I've ever witnessed in my lifetime. But I reserve the right to judge him if he changes his mind again. All that stuff I said about his personal freedom is true. Just like it's my and everyone else's freedom to think yet another unretirement by him would be a dick move. So just enjoy your new career, Gronk.