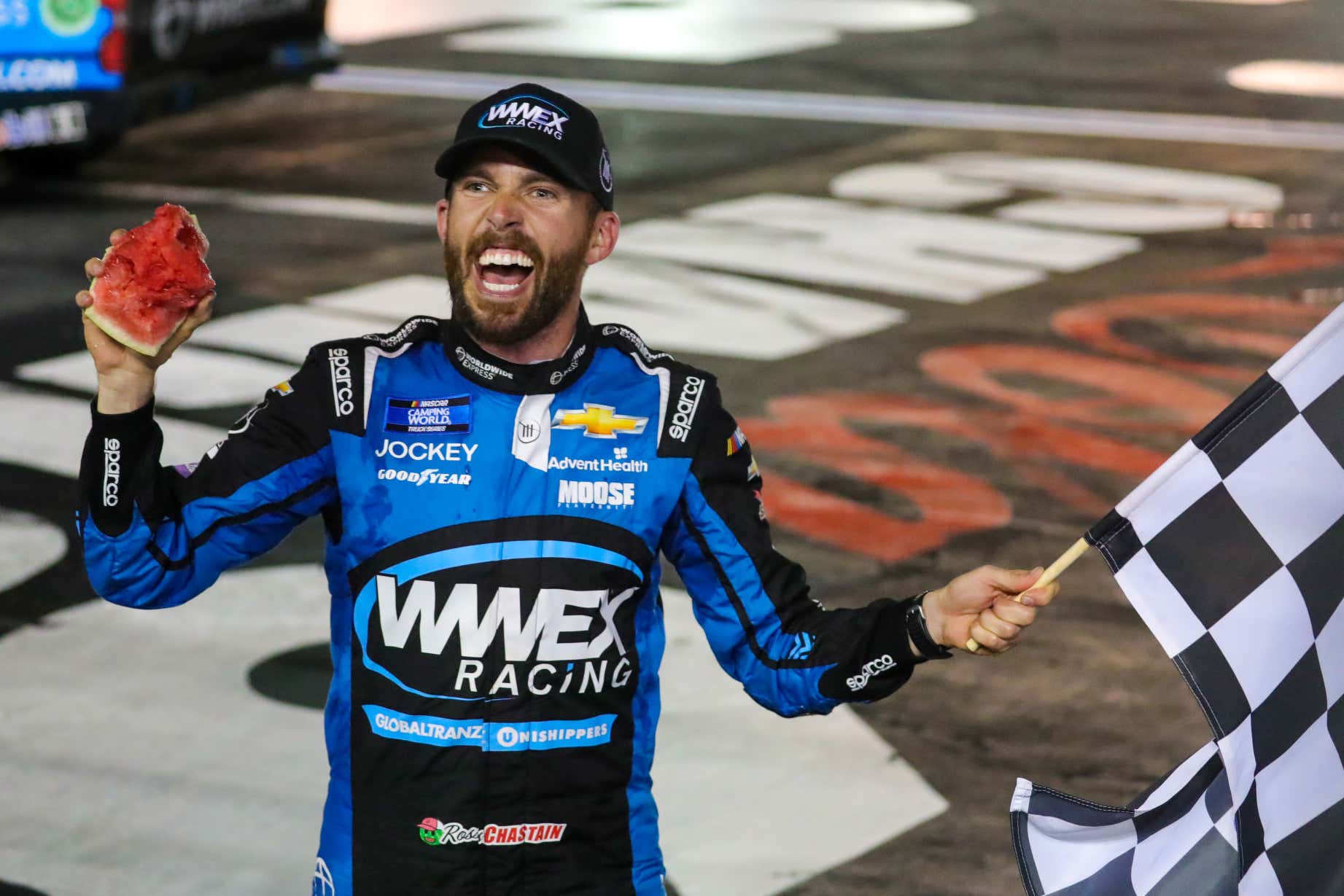 If you haven’t been following NASCAR recently that’s your loss but also don’t worry I’m here to get you up to speed. There’s a new villain in town and his name is Ross Chastain. In just the past few weeks the 1 car has managed to piss off nearly all the other 39:

BUT then it dawned on me…

I CAN'T LOOK AWAY

While he’s not the most exciting interview, I can't take my eyes off whatever he does inside his car or on top of it after a W.

Just a few years ago this guy was plucking watermelons on a farm in Florida and now he's causing problems with your (and my) favorite drivers while winning races for team owner Pitbull and yucking fruit all over the track like a Mario Kart game.

Some people are calling him Dale (Dah-lay) Earndart. Others are calling him an asshole. But regardless if you think he’s the Intimidator or should just be iRacing instead, we can all agree he has quickly become one of the sport's most polarizing. If not #1. Sorry Kyle.

The raw talent has established himself as a threat to win anywhere proving it at both super speedways and road courses with wins at Talladega and COTA respectively. Taking no prisoners in the process.

There’s no doubt the skills are there but the discipline could use some work, like many of his relationships in the garage. And while it sucked for Denny, Austin, and the other drivers taken out, Ross now has to face the music and whatever follows. That’s the beauty of racing and a win for the fans.

But credit to both Ross and NASCAR for giving us so much to watch for. Love him or hate him he is moving the needle and maybe even your driver in the process.

However the best part of this all is what NASCAR did about it:

A lesser sport would’ve responded with soft penalties, suspensions, and immediate action to prevent this all from escalating further but that’s not how NASCAR gets down. Nope. Instead we’ll wait and see who’s gonna get their revenge and when. Let them settle it on the track. As it should be. Watching this all unfold as we quickly approach playoffs is only fueling the fire.

Are you watching to see who he’ll move outta the way next? Or to see what driver will get revenge? My money’s on Denny again and I feel better about this one. Regardless of your side it’s quickly becoming appointment television. 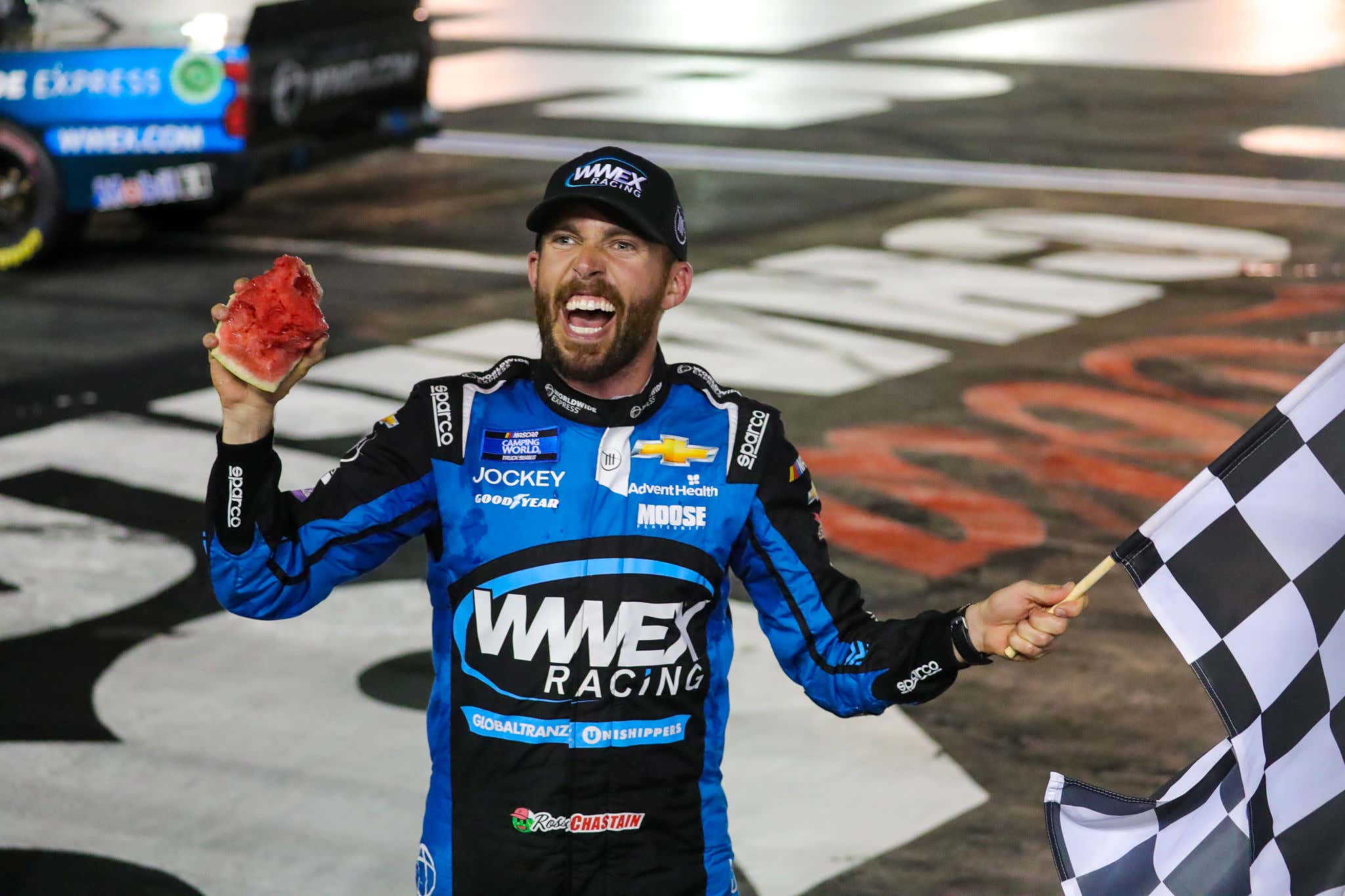