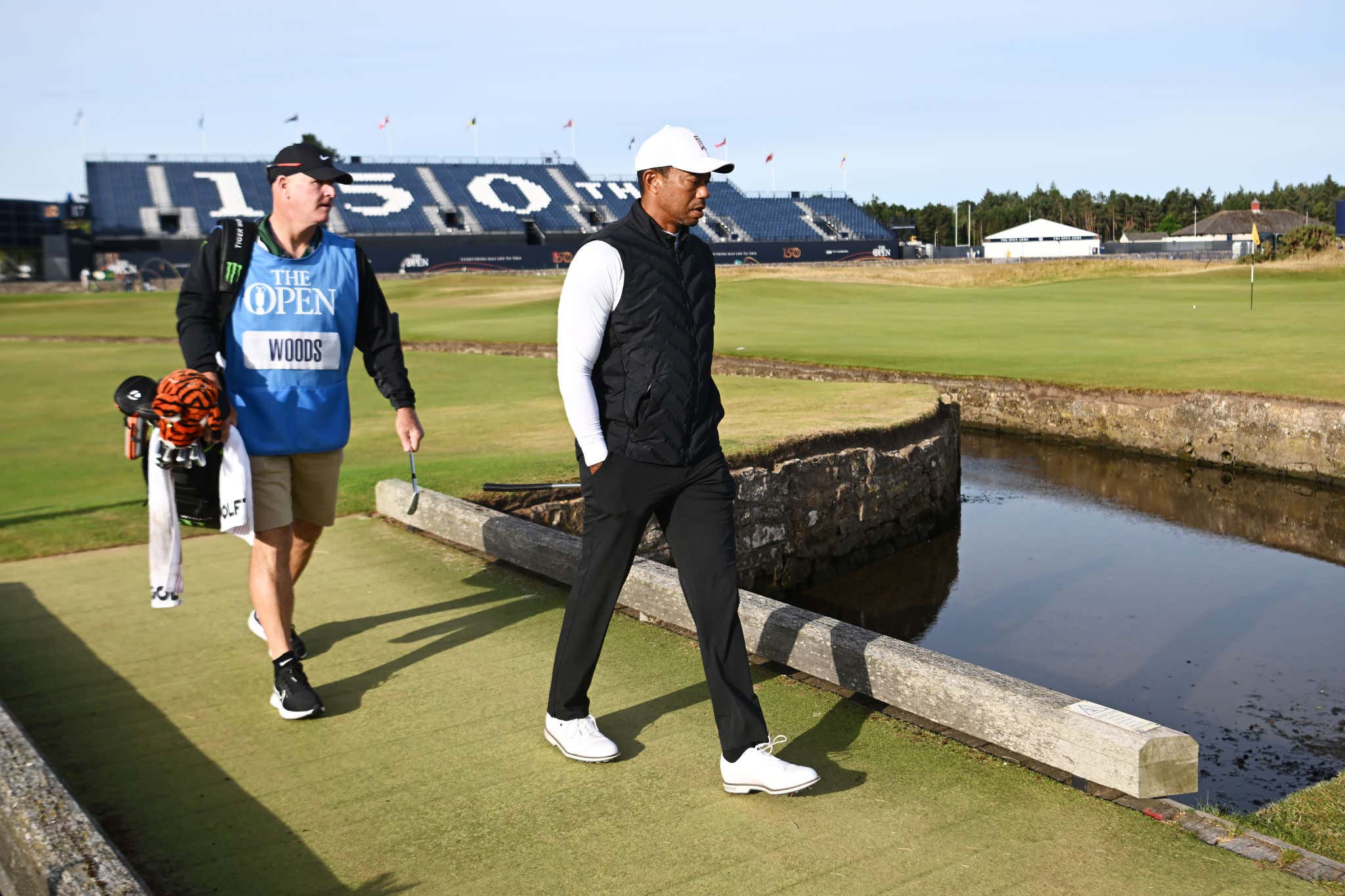 This is a big one for ol' Eldrick. I was gonna make this a section in my upcoming preview blog, but decided it's just too big a topic to squeeze into that blog and it deserves its own conversation.

The Old Course at St. Andrews' is Tiger's favorite place on Earth. Guy goes gaga for it… even more so than Augusta National. You can understand why… the game was born there, the Open only goes there once every 5-7 years or so, and it's a true test of golf for the thinking man. It's a natural fit for the biggest golf nerd on the planet. Plus he won 2 of his 3 Claret Jugs at St Andrews in 2000 and 2005. Good memz. So you gotta think that as he was posted up in a hospital bed for months, this was at the top of his list of things to work back for.

All of that is well and good… but does it really mean he has a chance to contend this week? A big part of me says yes, of course, he's Tiger fucking Woods. Guy can beat anyone anywhere when he locks in and puts his mind to it. And this is a scenario where he's highly motivated to do so.

But let's also be realistic here for a second. The guy put together incredible efforts in making the cut at the Masters and PGA… bravo. But then his game and his leg wilted over the weekend. The weather Saturday at Augusta was brutally cold and did him no favors, which is the type of chilly weather he's likely to face here at St. Andrews. And the PGA wore him down so much that he didn't even bother with his round on Sunday, or the US Open the month after. There's just not a lot of evidence to suggest that he can endure 72 holes of high level tournament golf.

That's not to say there's nothing working in his favor though. I mentioned that this is a thinking man's course, maybe more so than anywhere else played in major championship golf. It's right there with Augusta. He was able to produce some magic in pockets at Augusta, and Augusta is far more taxing of a walk on a bad leg than St. Andrews. If he catches the right Thursday/Friday tee times where the weather benefits him the most, maybe the guy can get a late enough tee time on Saturday where it's warmer and he can parlay that forward. It's not out of the question. We all know what he's capable of once he's in the fight. Links golf can quickly turn into a battle of mental warfare and I can promise you nobody wants a piece of him on the back 9 Sunday.

There's still a ton of unknowns. There's little to go off of in terms of recent form. He played the JP McManus last week in +7 over 36 holes. But that was his first time out in 2 months and is a parkland style course anyways. I'm more encouraged by the shots he was hitting Monday at the Celebration of Champions.

He shot -2 over 4 holes (they played 1, 2, 17, and 18), including birdies on 2 and 18 and a clean par on the challenging 17th. There's murmurs that this could become a wedgefest, which has gotta play in his favor. So many things can happen and I can't wait to sit back and watch it unfold.

Honestly? I'm just thrilled if he plays the weekend. Last thing I want is some sort of sappy sendoff at the Swilken Bridge on Friday afternoon. Any sort of level of contention is a bonus in my eyes. I'll be taking him -136 to make the cut (he's +8000 to win) and hope/expect nothing more.

Some are suggesting this may be the last time we see Tiger at St. Andrews, or at least as a competitor. A few are even suggesting this might be it entirely. I sure hope that's not true. He's 46 now and will be in his early 50's by the next time the rota comes around. But we should be sure to appreciate Tiger this week while he's here at golf's grandest stage.