CoS - Jeffrey Epstein lurks behind the Victoria’s Secret empire in the new trailer for the Hulu docuseries Victoria’s Secret: Angels and Demons. Out July 14th and directed by Matt Tyrnauer, Angels and Demons focuses on billionaire Les Wexner, who in addition to buying five lingerie stores and turning it into a mall empire, also founded Bed, Bath, and Bodyworks and owned The Limited, Express, and Abercrombie & Fitch. “Billionaires are all secretive, but Wexner is one of the most,” one expert says in the trailer.

As another talking head explains, “Part of the mystery was Jeffrey Epstein.” The disgraced financier and convicted sex offender trafficked dozens, perhaps hundreds of underaged girls before his death in jail cell in 2019. According to the trailer, he wasn’t just a frequent guest at Victoria’s Secret fashion shows, he also had “power of attorney” and access to all of Wexner’s companies.

Without delving too far into what the filmmakers learned, the teaser for Angels and Demons mentions “rumors,” “red flags,” and bad experiences for the Victoria’s Secret Angels, all while hinting at problems that are “bigger than Epstein.”

First off, A+ to the producers of this doc for two things.

1- For having the balls to go after one of the most powerful, and well-connected men in the world (Wexner) while he is still alive.

2- For knocking the name of this documentary out of the park (Angels & Demons).

In a strange and fucked up way I've been fascinated by this Les Wexner scumbag for a while. Ever since all this shit came to light pretty much. His name was one of the VERY FEW names publicly attached to Epstein. And he's also one of the very few to not tuck his tail between his legs, and throw Epstein under the bus like he barely knew the guy (like two of our former Presidents have done).

He reportedly financed that mega-mansion in downtown New York for Epstein to the tune of $77 million dollars (before renovations). Totally normal behavior.

He was notoriously linked to Epstein along with his clothing brands along with "model scout" and total piece of shit Jean-Luc Brunel.

These three had a perfect system set up basically.

Wexner had the brands with massive brand recognition- The Limited, Abercrombie and Fitch, and the silver tuna Victoria's Secret. Just to name a few.

Brunel would go out and "recruit" young, mostly underage, models and promise them gigs. All they had to do was hang out with his high-profile friends and get them to "approve".

Epstein was the go-between and the networker.

This doc will dive into all of that but will also cover one of the more bizarre details in a story that is full of them:

Yahoo- The piece revealed that Epstein was granted power of attorney over Wexner’s fortune and was sold a number of properties by Wexner at a heavy discount, including his sprawling Upper East Side townhouse, his private jet that he is said to have used to traffic women and underage girls (dubbed “The Lolita Express”), and other assets. Epstein, meanwhile, was accused by a number of women of posing as a Victoria’s Secret recruiter before sexually harassing and/or assaulting them, which had been reported to Wexner, who claims he had no knowledge of Epstein’s predatory behavior yet did not sever business ties with his decades-long pal until 2008, approximately 18 months after Epstein was arrested for soliciting child prostitutes. (Epstein was found dead in his prison cell just weeks after the Times report was published.) 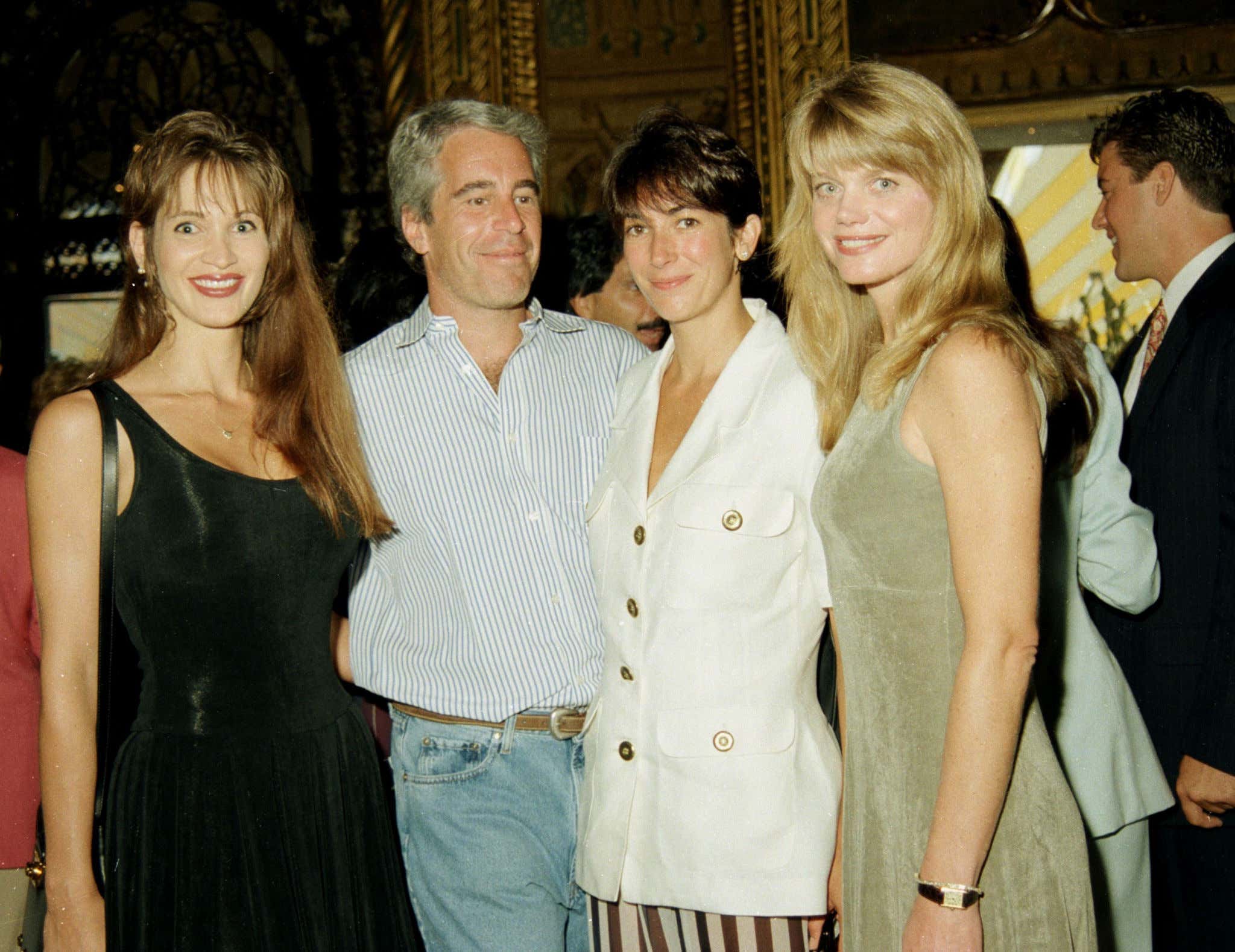 But wait, there's more. Much more.

Daily Beast- In 2002, a few years before the West Palm Beach police launched a child prostitution sting on Epstein, Victoria’s Secret launched PINK—a collection aimed at teenagers. “One day, they cleared the whole hosiery room out and they were just putting all these crazy, bright-colored tiny panties and matching camisoles out—and then the music went pop,” recalls Sara Zofko, a former Victoria’s Secret employee, in the film. “For me, that’s when I felt like something was going in the wrong direction. I mean, because PINK was literally designed to target teenagers and tweens, and so that did not feel good,” she added.

Dorothea Barth-Jorgensen, a model who walked in Victoria’s Secret’s PINK runway show—which famously featured an 18-year-old Justin Bieber on the mic—is interviewed in the film and remembers how surreal, and cringe-inducing, it was.

“I had this dress with toy things around [it], and the whole set was pretty much based on toys,” Barth-Jorgensen says. “I didn’t even know who Justin Bieber was before I did that show. My sister’s children were so excited that I’d been going on the runway with Justin Bieber. They were so obsessed with him, and they were 10 and 12 at the time, so I think they definitely hit the target.” (One outfit in the PINK runway show was a model in a hoodie riding a mock tricycle.)

In retrospect, given what we know about these vile, evil, pieces of shit, this all makes sense now. Too much sense. How nobody raised their hand at the time and said anything is really disheartening. Especially the people within the company who knew what was really going on.

Tyrnauer got ahold of Victoria’s Secret internal corporate and branding materials for Angels and Demons. One internal marketing video about PINK contains the following narration, played over imagery of distressingly young models: “PINK ensures the long-term growth of Victoria’s Secret by bringing in a steady stream of young customers who we can hold for decades.”

The filmmaker likens it to Meta’s internal study about how Instagram is a toxic environment for teen girls, with one research slide stating, “We make body image issues worse for one in three teen girls,” and another offering, “Teens blame Instagram for increases in the rate of anxiety and depression.” 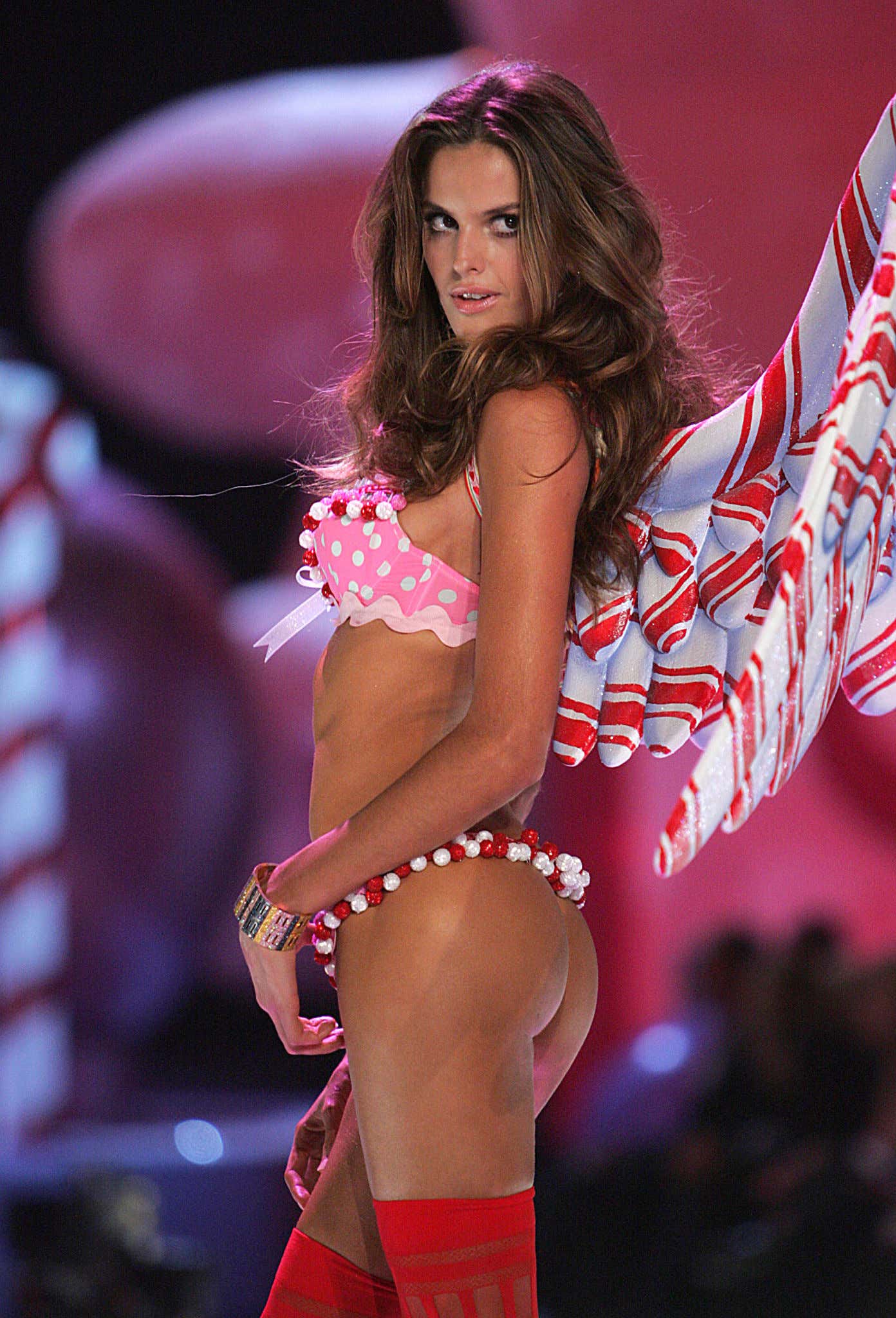 Remember this PINK shit? I completely forgot about it but the minute I read that all the memories came flooding back. You couldn't walk anywhere on campus without seeing girls rocking the sweatpants. And tracksuits. And everything else. That shit was huge. And turns out it was all a part of Wexner's scheme.

Another internal marketing video from 2008 shown in the film has Wexner boasting of his creative control over his companies. “Creating a brand is making a movie,” he says. “It was very easy for me to make a movie in my mind. I had that ability. I do see myself as the studio head, so it means I get to review the scripts, make sure everybody stays on story.”

And that, of course, included PINK. “I think Les was pretty excited about PINK, and so it got a lot of attention,” asserts Mindy Meads, former CEO of Victoria’s Secret Direct, in the film. “He saw an opportunity, and he likes to exploit an opportunity.”

After watching this I'm sure we'll probably wonder, still, how people like Wexner, who clearly are entangled in this entire mess, continue to live the life of Reilly, a free and uber-wealthy man in Columbus, OH, along with his cohorts. 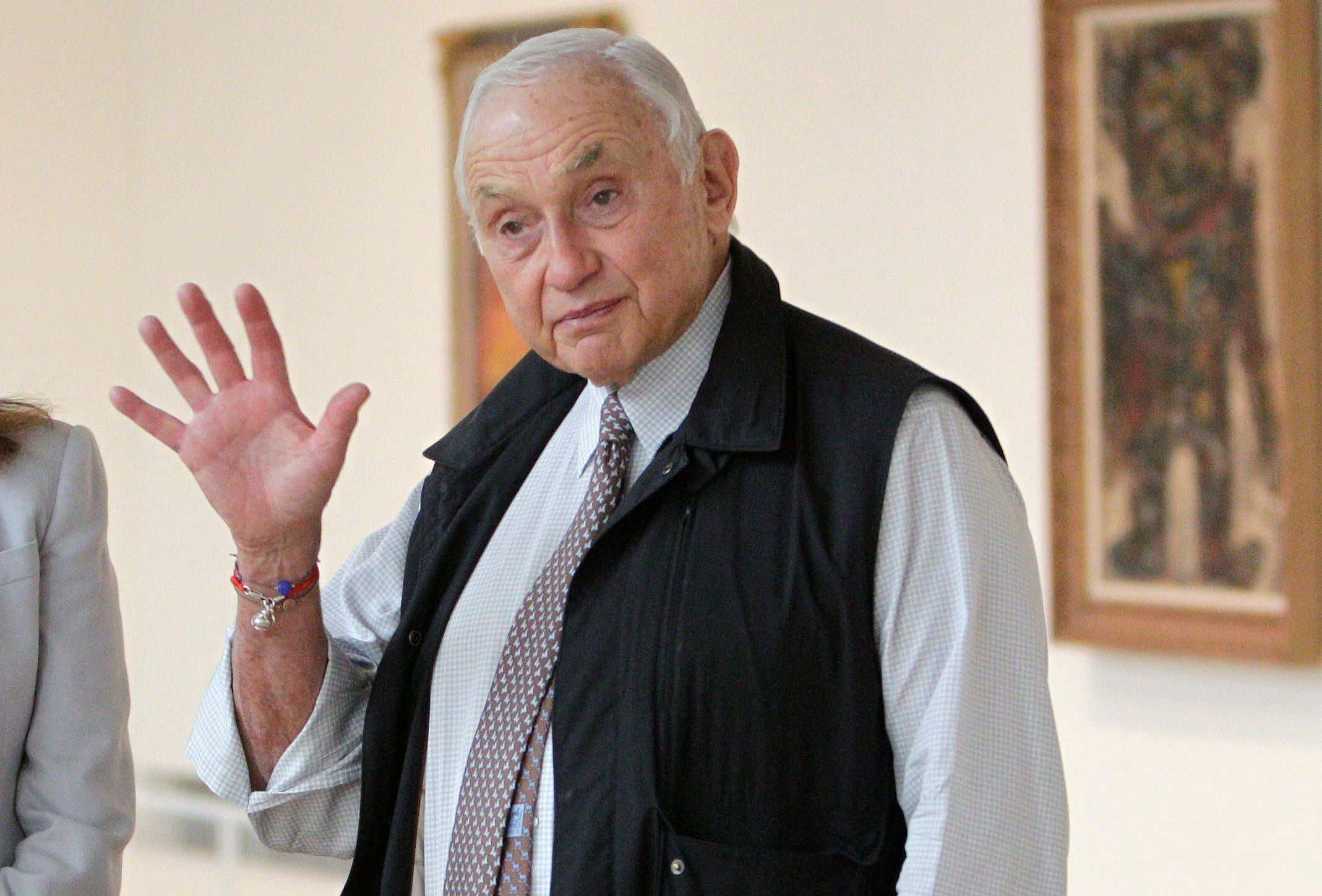 (This guy doesn't look creepy at all)

While Ghislaine Maxwell just got 20 years for coordinating everything for these guys.

Hopefully, Chief, Eddie and I can get on the couch and discuss this for Dogwalk next week.