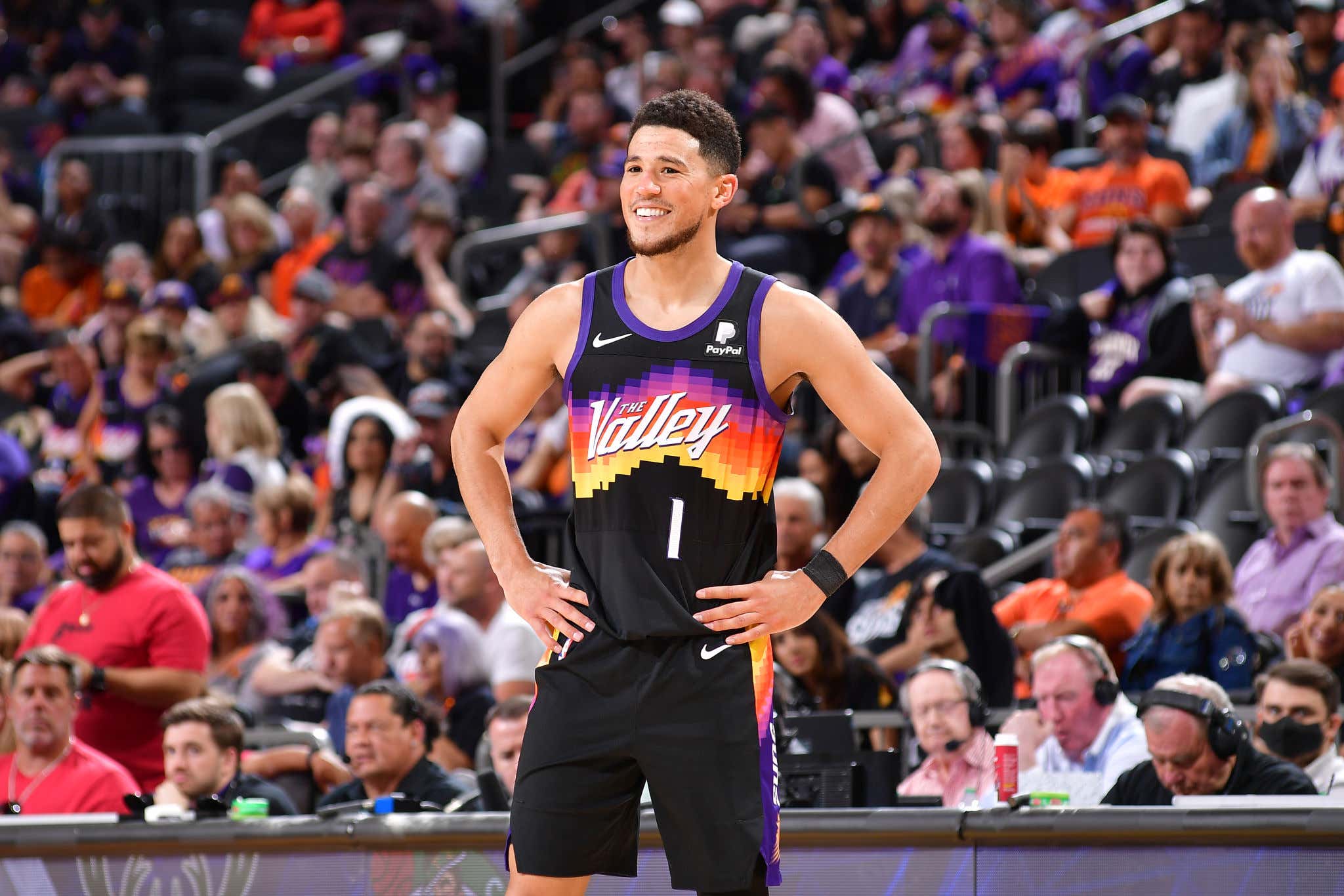 Life for Devin Booker seems pretty sweet. He's a 25 year old All Star putting up 26.8/4.4/5.0 on 46/38% splits with 2.7 3PM a night for one of the best teams in the NBA, heading into this summer he'd made around $96M in basketball contract money, there's the whole Kendall Jenner Era

and this summer Booker committed to the Suns long term by signing a 4/214M supermax extension. Oh, and he also landed a new shoe deal with Nike and is the cover guy for 2K23. Not a bad life if you can get it!

So how did he celebrate? Exactly how you would expect. He hit the club to chill in a bathtub and be surrounded by ladies that I'm sure are just looking for some decent conversation. I'm not kidding

Nothing has ever confirmed to me that I am not a club guy more than that video. Granted, I'm a 35 year old washed up blogger, but I just don't see the appeal there. In fact, it kind of skeeves (?) me out. To be honest, even in my younger years I was never really a club guy. Give me a normal ass bar or someone's house 100 times out of 100. I have no idea where Booker is in that photo, but if he's in Scottsdale, I know what that nightlife is like. Back when I was at ASU you couldn't pay me to go to the clubs in Scottsdale. Sure it's great if you're a smoke and can drink for free and all that, but for a normal not rich person like me? No thank you. I also know I'm getting old because the first thing I thought of when I saw that video is no way that bathtub is clean. Be more washed Greenie, you can't. That has to be a petri dish of shit you want no part of and if one day we're back in lockdown and can't go outside because of some new virus, I'm looking at that bathtub as Patient Zero.

I just can't get over the dynamic of that video. So he just sits there and girls dance around him/try to get his attention? What a life. Does he invite one of them into the bathtub once he sees someone he's interested in? Do they ever fill that thing with water? Why is there a random bathtub in the club? How is that comfortable? How can he see with his sunglasses on since it's so dark? Can anyone go in that thing? Has this always been a thing and I'm just too poor to know about it? The questions just keep on coming.

People will probably hate on Booker for this move because he's weirdly someone who gets hated on no matter what he does either on or off the court, but I guess I kind of like the move? I may not understand it, but I respect it. I certainly can't relate to it but that's nothing new. If I just locked in $214M maybe I would have the desire to go sit in a bathtub in the club and be surrounded by smokes. It hasn't happened yet so I can't say for sure.

But what I can say for sure is Devin Booker is certainly living his best life and rightfully so. As a reminder, this is what he's capable of when he's not in a bathtub, which seems pretty good