It's been almost a week, and I am still seeing people blow Joey Chestnut after he choked out a 98-pound vegan during the hot dog eating contest at Nathan's Coney Island on the Fourth of July.

I will not show another clip of it because it's been beaten to fucking death just about everywhere (including here at Barstool).

"How'd he keep his calm and then go on to win the contest?"

"What a steely reserve he must have… A true athlete."

"This is what America is all about."

But imagine being in a competition that involves even more finesse?

One where there are dangerous bones involved?

One where you aren't threatened by some anemic virgin wearing a Darth Vader mask, but a 400-pound Spaniard who is about to throw up barely digested chicken just inches away from where you are competing?

Well, it happened… And nobody gave a shit…

(The puke hits the fan around the 50-second mark.)

And did I break my stride as all this vomit was hitting the floor dangerously close to my open-toed sandals?

Did I protest when the fat sickly moron thought he could go back to his tray of wings after relieving himself of all he had previously choked down?

I simply kept my fucking head down and soldiered through to a very VERY respectable Third Place finish. 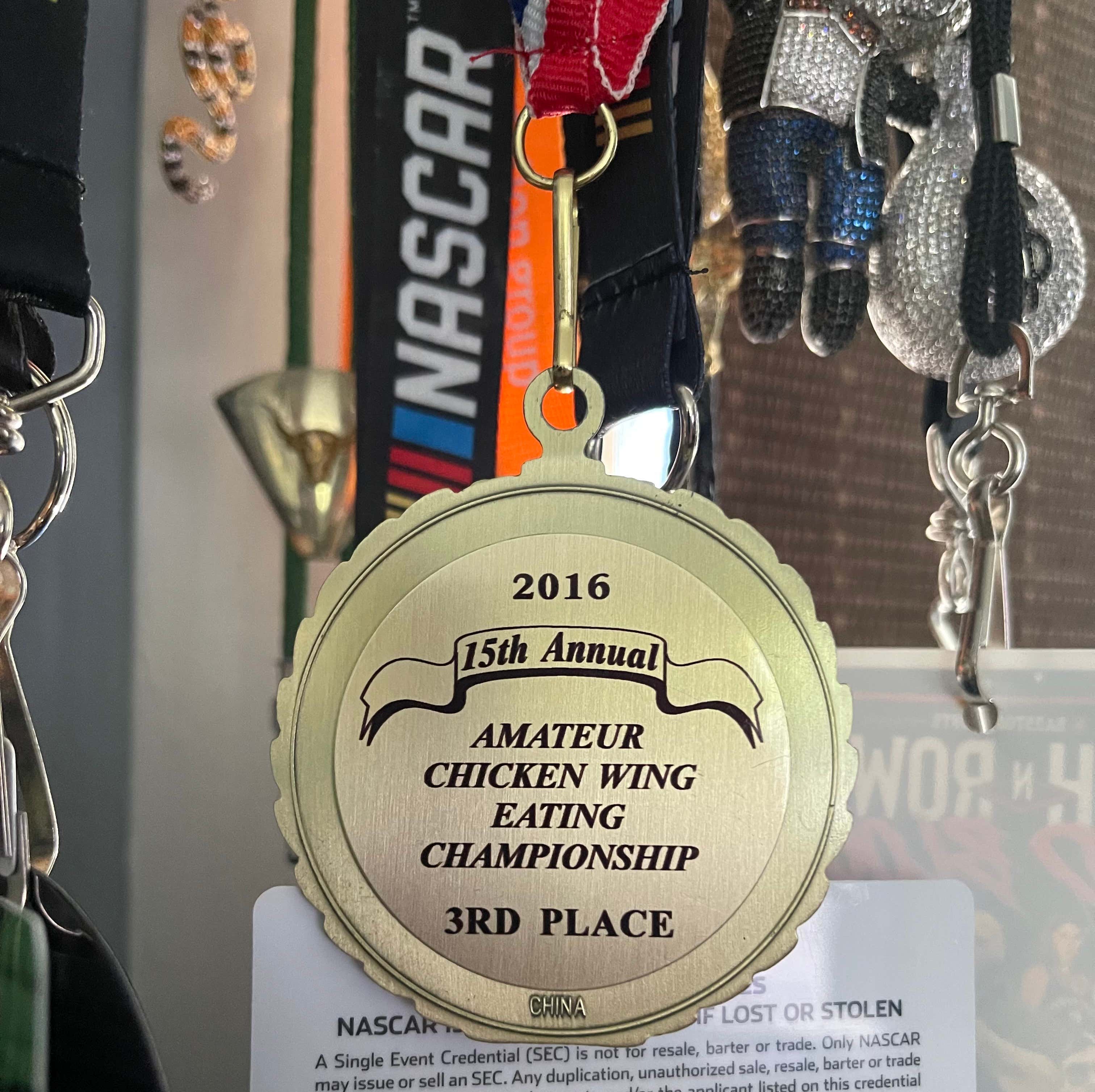 So if you are looking to direct some adoration to another competitive eater… One who didn't put some teenager in a headlock… Then maybe look no further than your old friend Large.

This week's episode of Twisted History is the Best of 2022 (so far)… Give it a watch.