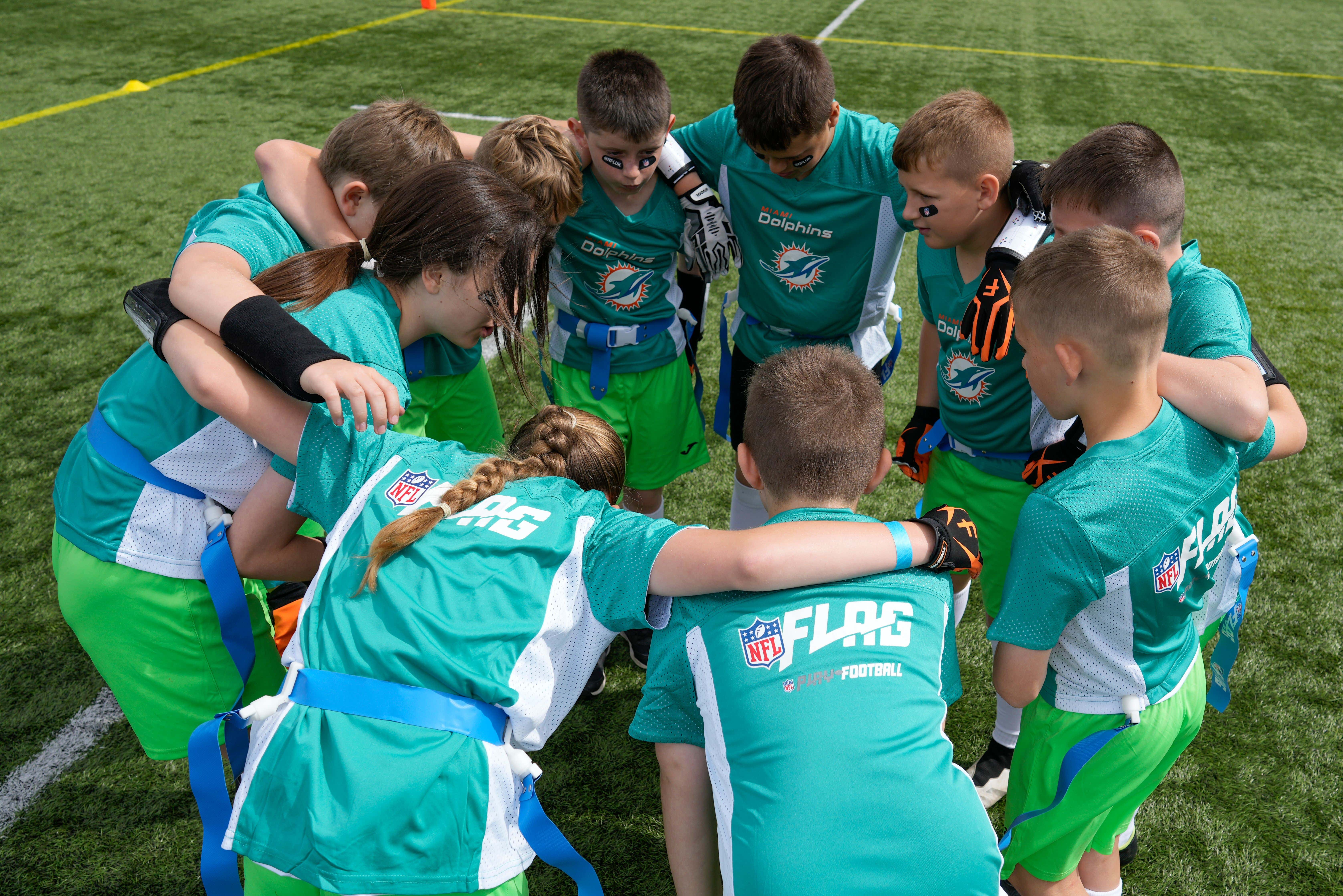 I took a spin through my old elementary school the other day, as I am want to do when I'm in the area and just want to feel that warm, bittersweet pang of nostalgia in my cold, unfeeling heart. And driving past the athletic field, I recalled for the millionth time with minute accuracy all the details of playing Flag Football, some of the happiest and most rewarding times of my times at Ralph Talbot Elementary. Me and my buddy Bob Tinlin (RIP) were a guard-tackle tandem on both sides of the line. Partly because we were pretty good at both. Though probably mainly because we were slow, fat kids with moobs and that's where any coach would've put us.

I loved it because that's where I learned the true value of being part of a team. Playing a position on offense where I never got to wear a belt with flags on it because there was no way I'd ever touch the ball. But where I also felt the satisfaction of opening up a hole and watching one of the backs carry it through the opening I'd created for him for a big gain. An accomplishment that I and I alone knew was mine.

I also loved flag football for another, much more practical reason: My area of town didn't have youth tackle football. If it had, I'd never have wasted a second of my valuable childhood playing a game in t-shirts with no pads trying to tear velcroed strips off cloth off another kid's hip. I'd have played real football.

I mention this because the NFL has major plans for the lesser version of the greatest sport ever created by divine intervention:

Source - NFL Executive V.P. of football operations Troy Vincent says the league believes the 2028 Olympics in Los Angeles could be an opportunity for American football to shine on a world stage.

Vincent says flag football will be much easier to export to the world, for both men and women, than tackle football.

“When we talk about the future of the game of football, it is, no question, flag,” Vincent said. “When I’ve been asked over the last 24 months, in particular, what does the next 100 years look like when you look at football, not professional football, it’s flag. It’s the inclusion and the true motto of ‘football for all.’ There is a place in flag football for all.”

Look, I'm not about to disparage flag football. Based on what I've already said and the fact that I have friends with young kids in the sport and they love it. With good reason. And one of my sons was in an indoor league one winter, just to give him something to do in between his eight seasons of actual football, from 3rd grade to senior year. Whatever the sport is, it's a great alternative to kids playing GTA 10 hours a day and watching PewDiePie another two.

Still, as far as I'm concerned, the rest of the world can have it. Call me a xenophobe, call me what you will (though I assure you I've never been afraid of xenos), but I prefer to keep the best we've got right here. Sharing is caring, and all that, but I'm not interested in giving away the prized parts of our culture. Any more than the French and Italians don't export their finest foods and wines. And tackle football is as good as anything we produce. Flag football is to it what Wiffleball is to baseball. What Pop-a-Shot is to basketball. What Guitar Hero is to Rock 'n Roll. What World of Warcraft is to actual war. A simulation. Giving them flag football is the equivalent of us holding onto Pearl Jam to tour America and sending one of their 10,000 different tribute bands overseas. Of keeping Wicked on Broadway with the original cast, and sending them a touring company.

So you're welcome to our leftovers, Olympics. Enjoy flag football in LA: 2028. Just know we'll kick your international asses with our fifth- and sixth-graders the way you crush our best in soccer. And we are just fine with that arrangement.