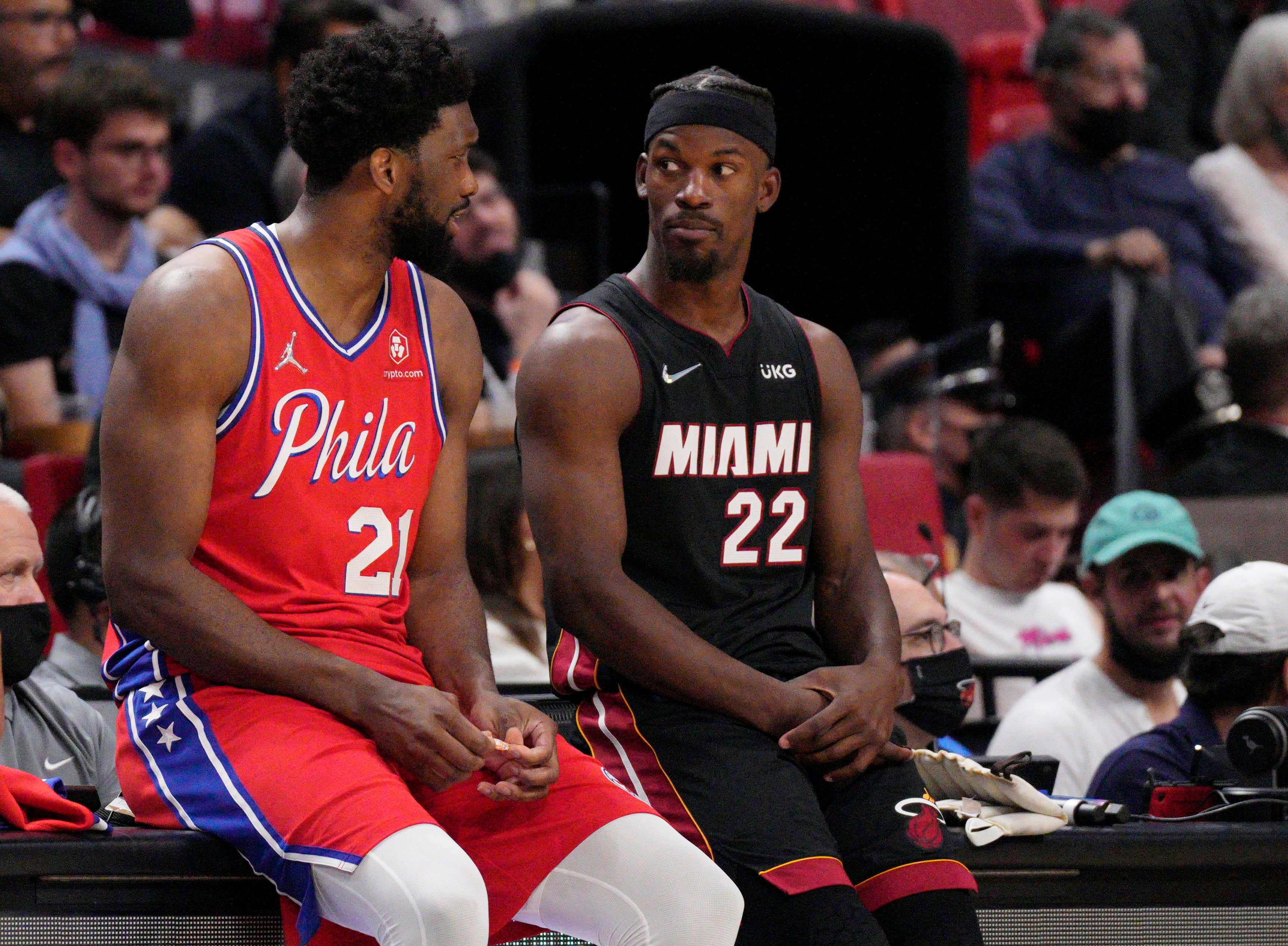 After spending a season with the Miami Heat, PJ Tucker just left to sign with Joel Embiid and the Philadelphia 76ers men's professional basketball team. The Sixers have plenty of talent, but they lack that dog in them. Other than Embiid, there's nobody who has that competitive drive where they hate to lose more than they love to win. That's how guys like James Harden end up being non-existent in key moments during the playoffs. So PJ Tucker will bring a much needed edge to this roster. 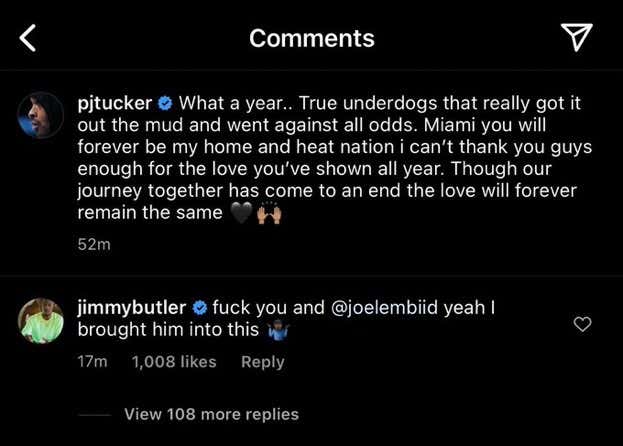 Now anybody who has ever dabbled in flirtation before knows exactly what's going on here. This is the classic Helga Pataki. Be really mean in public to the person who you secretly are in love with the most. This was just a way for Jimmy Butler to nonchalantly start a conversation with Joel. Maybe get him to respond in the Instagram comments, move it over to Instagram DM's, eventually even take the conversation over to text. All Jimmy Butler wants here is some more time with Joel Embiid, and he's jealous that PJ Tucker gets to be the one to move from Miami up to Philly. Always tough watching somebody else smooch your crush, ya know?

The only issue here is that Jimmy Butler has too much pride to ever admit this. He's putting all the signs out there. Comments like this are a cry for help. But he'll never go out and formally request a trade to bring him back to Philly. All we can hope for is that Daryl Morey sees what we're all seeing here and makes it happen on his own. Thybulle, Furkan and a 1st to Miami for Jimmy Butler.