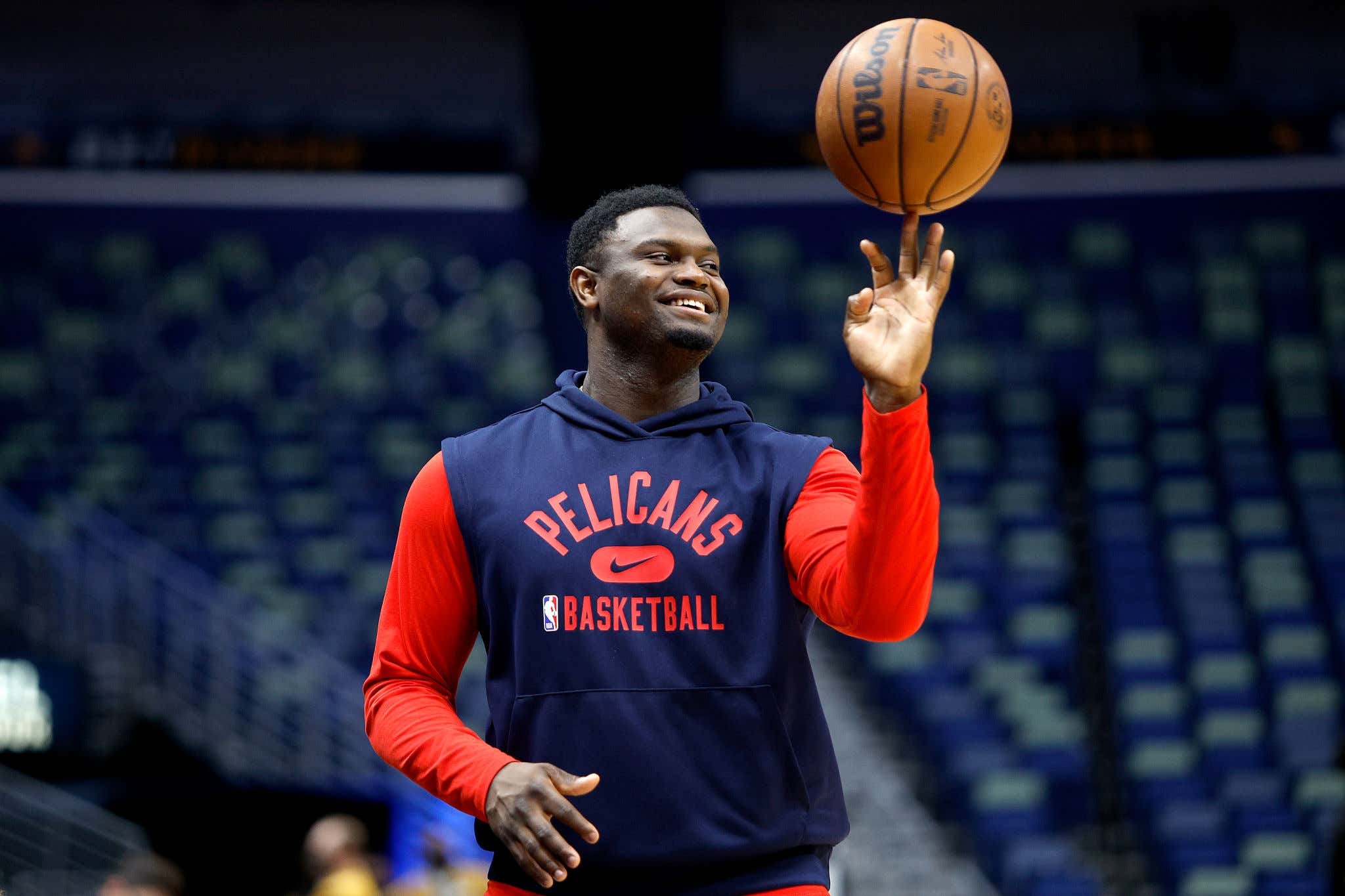 Think of the best birthday you've ever had in your entire life. Maybe it was when you were little and you had a pizza party at Chuck E. Cheese. Maybe you got tickets to see your favorite team or band play. Maybe you had all your friends over and rented a bouncy house or some shit. You know what we've all never done? Sign a piece of paper that guaranteed us $192,850,000 dollars. I can understand why Zion declared this was the greatest birthday of his life. I feel like I would share that same opinion, especially if it only took 85 career games (3rd lowest) to secure it. It's not even like Zion just completed a monster season either, he didn't play a single second for the Pelicans in the 2021-22 season. Not a bad gig if you can get it.

The thing is, these rookie max extensions are a no brainer for a player of Zion's caliber. Well, I should say that is unless you play for a cheap ass owner like Robert Sarver and just so happened to be named Deandre Ayton. But in most cases, the elite talents get that rookie max extension. We see it every year so while it may have been surprising to see that Woj tweet announcing it, once you think about it logically it was basically a formality. In some cases you see guys sign for less than the max, but "franchise guys"? Especially someone like Zion who sneaky knows he has the team by the balls in terms of maybe being a flight risk one day? That guy gets paid every single time.

It's been so long since we've all seen Zion play that I wouldn't get on you if you sort of forgot about him. The last time we saw him, he put up 27/7/4 on 61% shooting and made the All Star team

When he's on the floor, he's a monster. How much he'll be on the floor is anyone's guess, but if we can for the sake of this blog assume he's healthy and in shape, you're looking at a guy that is easily a top 20 talent if not higher. Let's say he plays the same 61 games he did in 2020-21 or a little more, would it shock anyone if he's once again an All Star who might even flirt with some All NBA votes? It shouldn't.

Not only that, but I'm very excited to see this Pelicans roster. They were the surprise of the final few months of the year playing their way into the Play In tournament and this roster is loaded with talent. A starting five of CJ McCollum, Brandon Ingram, Herb Jones, Zion, and Jonas Valanciunas is pretty legit. They have some good depth pieces in Jose Alvarado, Devonte Graham, Trey Murphy and Larry Nance Jr. Willie Green clearly knows what he's doing as the head coach, so why couldn't this be a top 6 team next year if everyone makes forward progress? They were top 8 without Zion!

As we know, just because you sign a rookie extension doesn't mean you're staying forever. Anthony Davis signed his rookie extension as a Pelican and he was asking to be traded before the ink was dry. I suppose that's always on the table in today's NBA, but if the Pelicans start winning, why not stay? I'd say Pelicans fans only need to be worried if one day we see that Zion has signed on with Klutch Sports. That's usually the kiss of death for a small market team. But for now, he's with CAA so I say focus on the positives. Zion is healthy, he's cleared to play, and he's signed through 2027-28. Hard to get much better than that for a team that looks to be on the rise.

With Zion, Kawhi, and Ben Simmons all coming back this upcoming season, not to mention guys like Paul George and Kyrie hopefully playing full seasons, we're about to get a big time talent infusion in 2022-23 of guys we either didn't really get to see or didn't see at all. That's very exciting as a basketball fan. We say it all the time but the NBA is legit in a fantastic spot in terms of talent, even on the rebuilding teams. I'm going to need the rest of the summer to hurry up so we can get to October already because Summer League will only scratch that itch for so long.