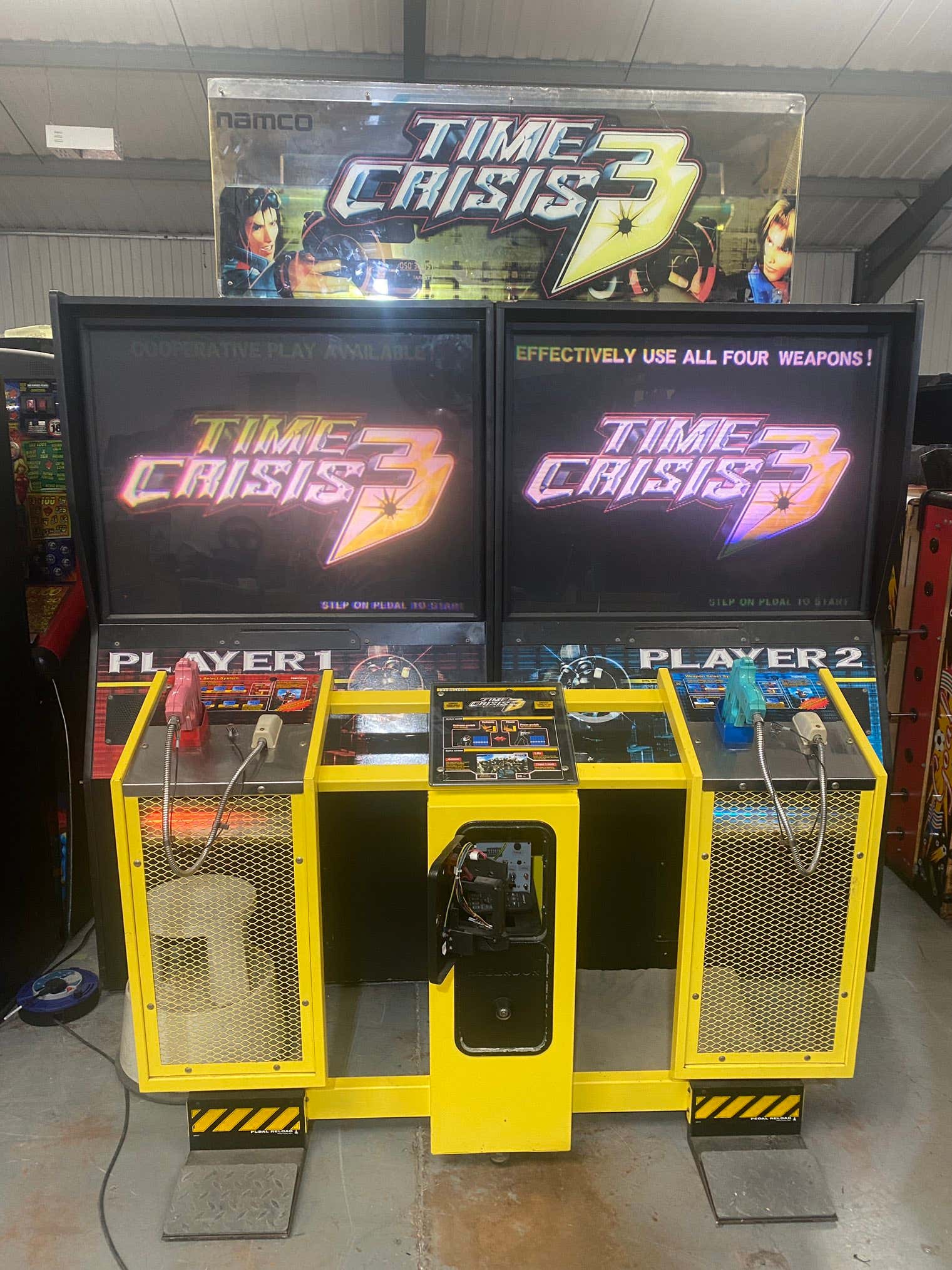 Time Crisis 3 is the best arcade video game of ALL TIME! The amount of hours and money I spent on this game is just disgusting. My brother and I would would beg my parents for $5 each and try to see how far we could possibly make it through the storyline. There was only one time in my life when me and my best friend were able to finally beat the entirety of the game. Probably cost us around $40 (which was basically $1 Million at the age of 8) and took us close to an hour and a half.

The foot pedal that Time Crisis introduced was ahead of it's time. Using the foot pedal to peak out of cover and try to light up enemies was absolutely thrilling. Lowkey felt like a workout at times.

The reason I'm bringing up this today is because Billy Mitchell was on today's Pardon My Take episode. With it, they had the Mount Rushmore of Arcade Video Games:

Now there are some absolute icons listed above. However, my goat wasn't listed!

This game and the Star Wars Battle Pod are probably my two favorite arcade games of all time.

I'm also a huge sucker for Pinball. I don't think it gets the respect it deserves! Amazing 4th round value from Hank.

My future mancave needs all three. Maybe I'll see if we can get some in the Gametime studio soon…

For the Mount Rushmore, I think Billy Mitchell ran away with it. He took all the OGs and greats off the board. Love how Hank and Catcomm stuck to their true colors and went with their favorite, instead of just playing to what the vast majority would agree with.

If you don't know who Billy Mitchell, he's the greatest arcade video game player of all time. He's a real life villain and I'd HIGHLY recommend watching the documentary - The King of Kong: A Fistful of Quarters. It's a story about the high score King Kong arcade game record. Billy lost the record to a guy named Steve Wiebe and did whatever it took to get it back…

Anyways, listen to today's PMT because it's another awesome interview and episode.