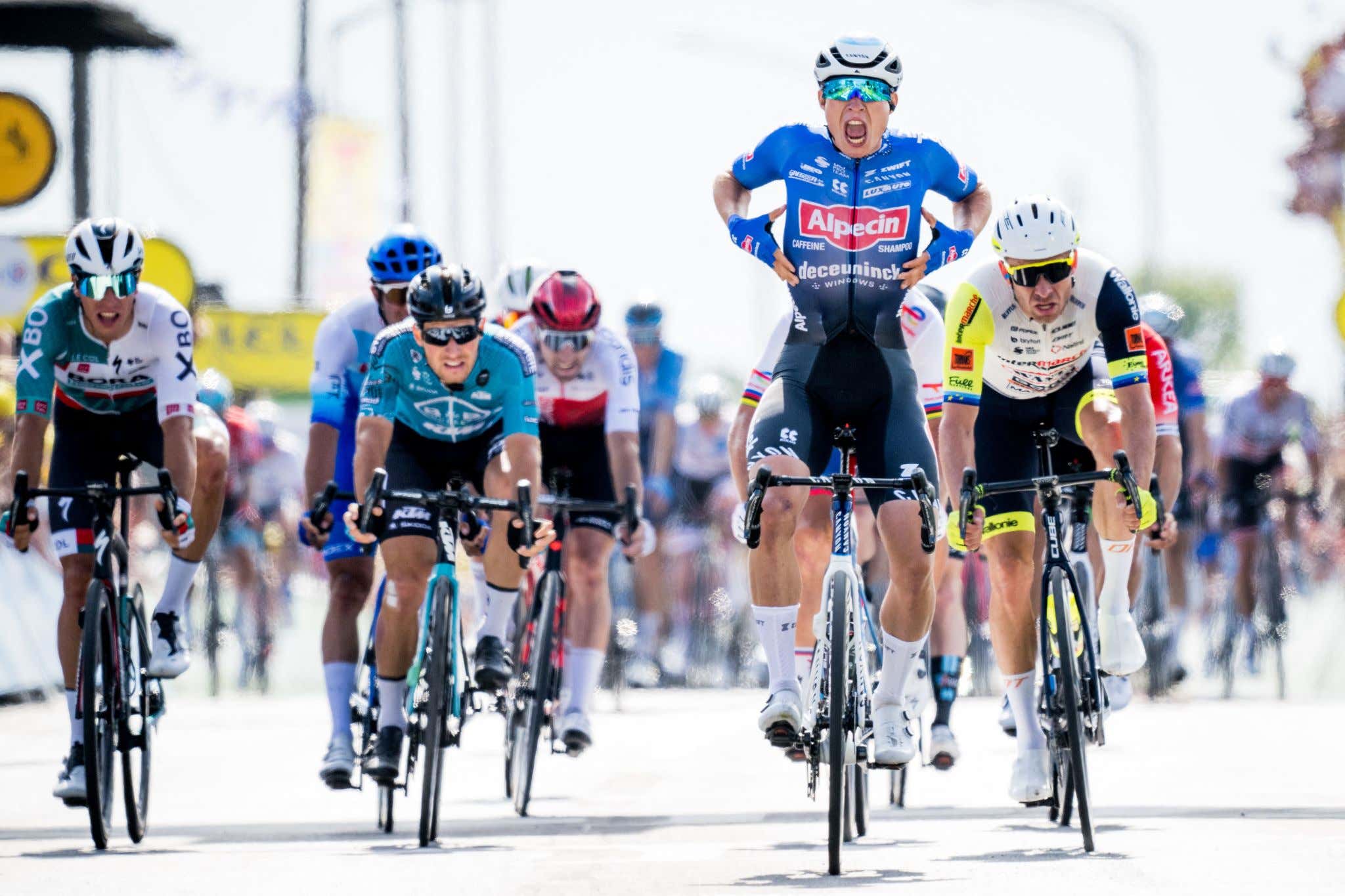 At least the dude had a good sense of humor about it on Twitter:

He had no other play here. You can't make excuses. You gotta know you're about the 100th person to do this because cycling has a premature problem. Even the last dude who I blogged about chimed in.

I just don't get it man. Are they all Desean Jackson fans or something? Do they not have anyone telling them they need to get into first to celebrate? I'm not going to lie and say I'm a cycling fan, I mean I remember Lance Armstrong and Floyd Landis but that's about it. I just need to know more about this premature problem.